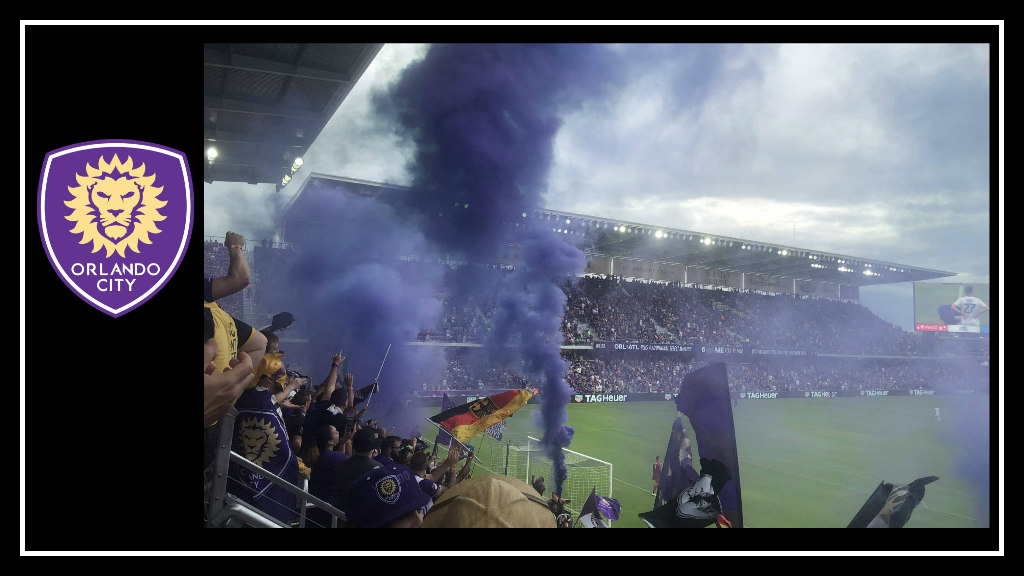 This past Sunday, Orlando City broke the Club’s win streak record with a 3-1 win over Real Salt Lake. This marks 6 consecutive wins for the Lions, breaking the Club’s record of 5 straight wins which was set in the 2017 season. Most notably, this win streak includes two away matches, which used to cause us quite some trouble.

If you recall a few weeks back, I brought up the concern about the depth of our defense line. This concern rose again for this match against Real Salt Lake, as City went into this game without captain Jonathan Spector (still on concussion protocol), Scott Sutter (knee injury), and Amro Tarek (broken nose and lower body injury). Instead, the offseason addition, Chris Schuler made his City debut and got a full 90 minutes at that.

I wish you all could have been at the Orlando City Soccer Stadium for this game and stood on The Wall with me. The energy was unreal with fans buzzing from the first kick, urging our team towards the 6th straight win.

The first half saw Orlando City dominating on possession and having way too many close shots, which, unfortunately, none of them made it in. That didn’t matter to The Wall, though. Every attempt seemed to rile them up even more.

Chris Mueller performed some nice little footwork tricks to trap up Salt Lake’s defense and Justin Meram was more alive and on the ball than I’ve seen him all season. Sacha Kljestan also made quite a few attempts of his own. The team wanted those goals, they just kept misstepping or overshooting.

Maybe they were getting a little too overeager, who knows? Corey Baird of Real Salt Lake tried to diminish spirits in the 12th minute when he managed to slip one past goalkeeper Joe Bendik, but that didn’t put too much of a damper on things. We ended the first half 0-1 and with The Wall as loud as ever.

Second half, the Lions came back with a vengeance, just as we were hoping they would. It took a few minutes to get warmed up, but Dom Dwyer started the fire in the 60th minute. Three minutes later, Lamine Sané got his first goal in purple. Honestly, I think part of the stadium got comfortable with two, but Yoshimar Yotún wanted to be extra safe and tucked away a third goal in the 78th minute.

There were also several great saves by Joe Bendik during this match, or we may have been singing a different tune in this report. (Bendik also got himself a pretty little yellow card, but hey).

Stefano Pinho subbed in for Chris Mueller who went down for injury but don’t worry. He was up walking around again by the end of the game so hopefully, it was just a strained muscle and he’ll be back with us next week. I’d love for him to score on Atlanta. Thankfully, no other new injuries to report this game, our remaining two subs were RJ Allen and Uri Rosell, who replaced Justin Meram and Yoshimar Yotún.