Loons and the Law of Averages 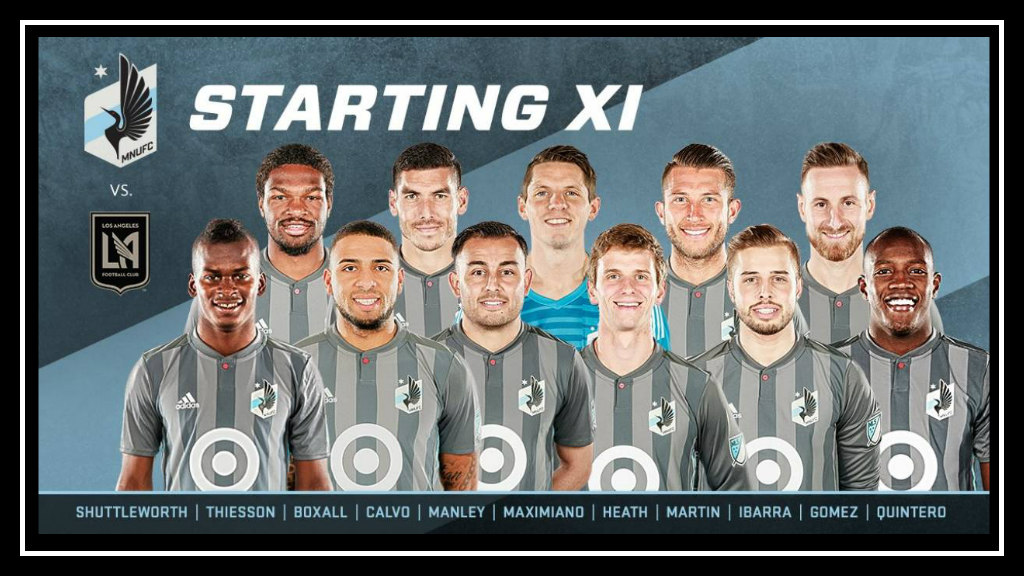 With two forwards injured and one serving a red card suspension, there were a lot of questions surrounding Minnesota United FC‘s midweek clash at LAFC. While Chris Ramirez is the lone forward with a goal, accounting for just one of the club’s eleven, the concern over getting a result had more to do with how the midfield would piece together with no true forwards in front.

Mids ran the show Wednesday. While they account for the other ten goals, five were made by players no longer on the active roster (one by Nicholson who was traded to Colorado Rapids last week and two each for Molino and Finlay, both out for the season with ACL tears) and two were made by Ibson, who Adrian Heath chose to rest for Saturday’s match against San Jose Earthquakes.

Designated Player Darwin Quintero has accounted for two goals and Miguel Ibarra for one (plus three game-winning assists), but could they function as a ‘forward’ unit?

They certainly tried. Unfortunately, Quintero’s best chance was foiled by the goal post and Ibarra’s two shots on goal were blocked. LAFC had similar run-ins with a goal post, last-second flicks and a keeper with quick hands, but the new club had two key factors on their side Wednesday night: The Law of Averages and defensive placement.

Minnesota had three beautiful shots on goal, out of seven total shots, from five different players.

LA had seven shots on goal. Out of… 29 total shots?! 29 shots from ten different players. Yes, in oversimplified terms, everyone but the keeper sent at least one shot into the box on Wednesday night. So it is actually quite remarkable that they only managed to put two in the net.

The home side also had the advantage of a defensive line, led by Laurent Ciman, which was always in the right place, at the right time, whereas Minnesota’s back four… wasn’t. Captain Francisco Calvo, in fact, found himself out of position a few too many times. His partner, Michael Boxall, who is not typically a fan favorite actually drew praise from Calvo’s fan club defectors who enjoyed the effect of his wall-like frame:

So while dropping three points on the road is far from ideal, the 2-0 scoreline really isn’t so bad. The Loons, hopefully joined by a healthy Ramirez, a rested Ibson and a refocused backline, will be welcomed home on Saturday by fans who have come to not expect much from road games.

But they expect a bit more at home. Namely, for the keeper to not be Man of the Match.