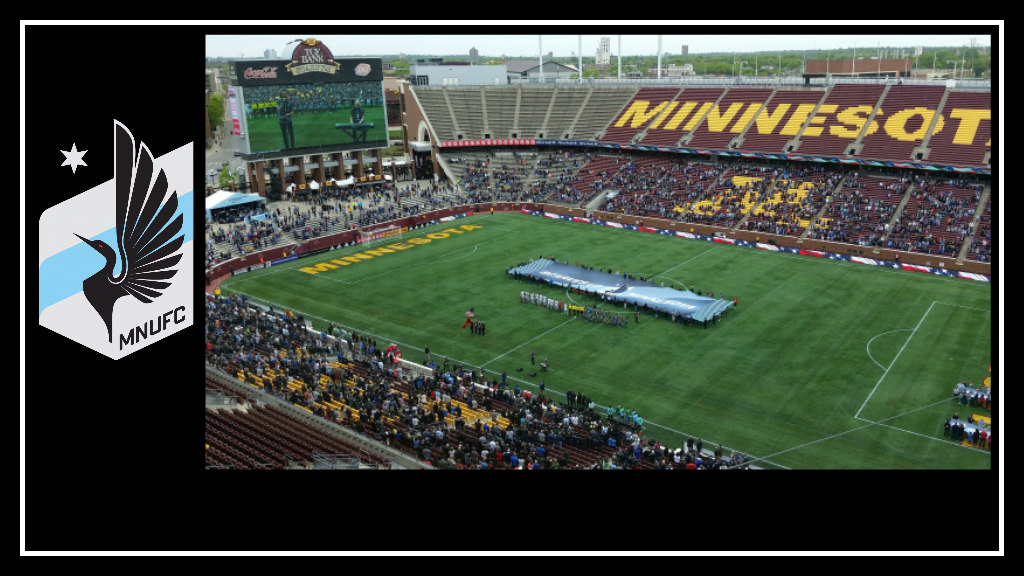 Going into Week 11, San Jose Earthquakes had notched just one win. That was way back on opening night, when they hosted Minnesota United. That night, the Loons started a disturbing trend of going two goals in the hole before halftime. They would give up one more in the second half before Minnesota midfielder Kevin Molino got two back to make the stats recorded under the loss look slightly less depressing.

This time around, Superman himself returned to the lineup after two matches off. A good sign in itself. Then the Loons gave up a penalty kick in the second minute.

Minnesota conceded all possession to the Quakes for the first twenty minutes, allowing themselves to be dispossessed much too easily, failing to carry the ball out of their own half over and over and over again.

Until a pass finally found the right foot of Superman in the 26th minute. And wasn’t it pretty?

He nearly added a brace in the 41st. It would’ve counted in FIFA, but in real life, it dinged the crossbar and was cleared. Defender Jerome Thiesson nearly scored in the first half’s injury time (that one wouldn’t have counted in FIFA), but they went to the locker room deadlocked.

In keeping with debut trends, making his MLS debut this day was referee Victor Rives. And what a performance it was. No one in the black and gray was happy with him after the match, least of all Adrian Heath and Francisco Calvo, especially after this play:

Crowd chanting “Yellow team sucks” after no penalty was awarded for this massive collision inside the 18.#MINvSJ #SupportersLive @mlsfemale pic.twitter.com/XwVD7ny1Sn

It wasn’t all Rives’ fault though. Sure, some calls (or the lack thereof) were debatable, but Minnesota had plenty of opportunities to take control. Instead, they forgot to put the cap back on the Hoesensauce bottle and paid dearly for their mistake. A lurking Danny Hoesen was assisted by Chris Wondolowski in what may have been the most easily poached goal allowed this season. And open-air TCF Bank Stadium seemingly deflated.

Wondo notched another on a penalty. And so the Loons dropped another perfectly winnable game to the least-winningest team in the west.

You can point to as many mistakes as you want and Calvo knows you will:

But the bottom line is this: If United can’t find a way to link their play from one end of the pitch to the other – for all eleven to work the same game plan, to play with the same energy and focus during the same match – they will have much bigger problems than San Jose.

And so it goes in the North.