The beat goes on as Los Angeles Galaxy lose again 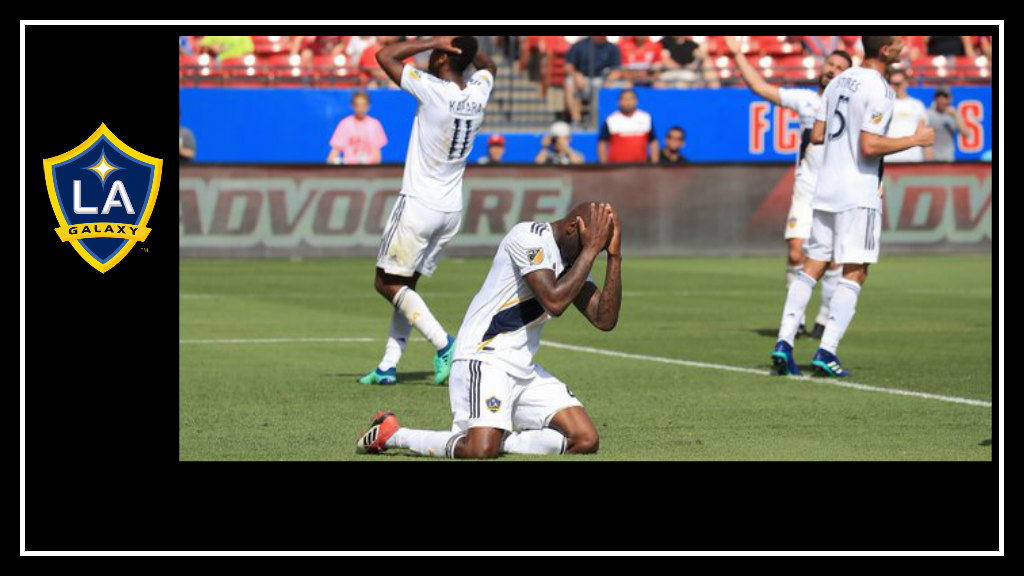 It’s like having the same bad dream over and over:  The LA Galaxy concede early, chase the game, and fight to come back from behind two goals. It’s going to be reoccurring until they work out the problems, but they have to start tackling the issue of our defense first.

At this point, fans are calling for coach Sigi Schmid to be fired and for the front office to go as well, but the latter won’t happen as most have a five-year contract extension. The MLS salaries were also released revealing the Galaxy as having the highest paid defense with not much to show for it.

Saturday, Los Angeles Galaxy took on FC Dallas at Toyota Stadium and it turned out to be a wild one. The humidity and almost 90 degree weather added to the challenging elements of this particular match. Frequent water breaks were taken and FC Dallas knew how to run and tire LAG out in such conditions, messing with their momentum.

It started with Maximiliano Urruti who scored in the 28th minute. Then, in the 44th minute, FCD’s Roland Lamah scored. At that point, a change needed to be made and Sebastian Lletget came in for Perry Kitchen. Ashley Cole got a yellow card, which suspends him for the next match.

Then, a breath of life for the Galaxy came from Ola Kamara with a header off a corner kick in the 47th minute, cutting the Texas team’s lead in half.  Lamah scored again, though, in the 52nd minute. The Galaxy made another change when Jonathan dos Santos got hurt and Servando Carrasco subbed in at the 56th minute. The Mexican national was not seriously injured.

Reto Ziegler earned two yellow cards, which gave the Galaxy an advantage as they were up a man. Still, despite a fighting effort, the LA Galaxy came up short.

Emmanuel Boateng came in for Chris Pontius in the 76th minute and he scored a goal in the 83rd minute of play. It seemed the Galaxy could catch up.

I clung to hope as the minutes ticked away. In the 88th minute, Zlatan Ibrahimovic took a free kick that hit the top post with such fervor that the entire net shook!

That was not the last thrill as the Galaxy created chances and took shots til the whistle blew.

It is disheartening to write that a team with a stellar squad, most notably Zlatan Ibrahimovic and Ola Kamara, is in 9th place in the Western Conference at the close of Week 11.

But, The Whispers sang a similar tune: the beat goes on, I might as well get over the blues. Let’s move on strong. LAG’s next match is once again on the road as they are set to face Montreal Impact on Monday, May 21st.