Something isn’t quite right in Minnesota

May 23, 2018 Bobby Shuttleworth, Bridget McDowell, Featured, Team of the Week 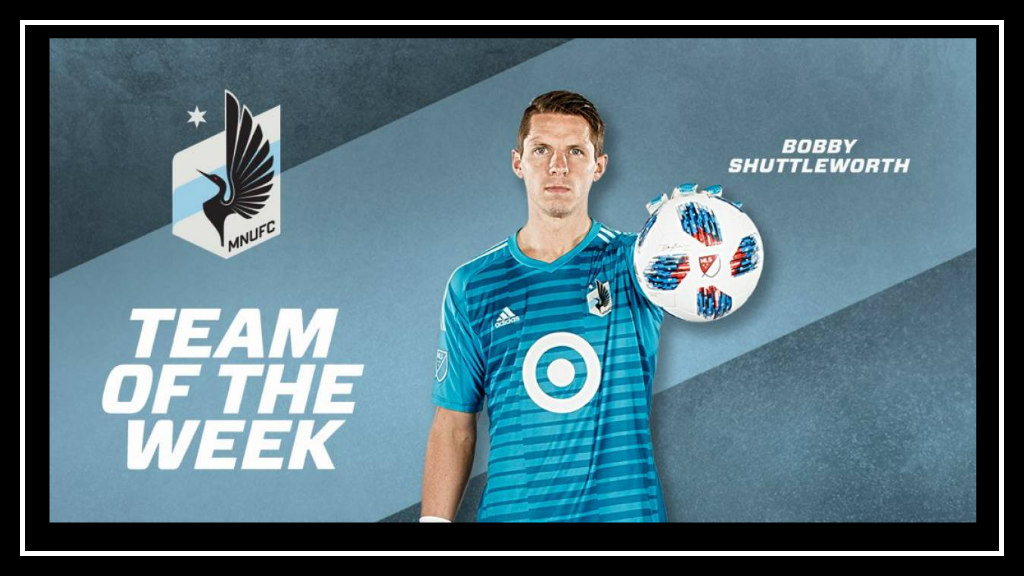 On a warm and cloudless Sunday afternoon, Minnesota United FC managed to eke out one unlikely point against Sporting Kansas City. Anyone casually glancing at the stats without first looking at the final score would be quite surprised to see the draw.

Kansas City held a demanding lead in possession, with 61.3 percent overall. And they certainly didn’t waste it, leading in both shots and shots on target (more on that later). Somehow, only one went in.

Sporting’s lone goal came from a corner in the eighth minute, one of nine Kansas City corners on the day. Khiry Shelton leaped well above center back Francisco Calvo to head Johnny Russell‘s ball past the keeper.

Calvo, who has been taking a lot of flack this month for losing his marks and other defensive errors leading to opposing goals, really did not have much of a chance at deflecting that shot. Shelton had the advantage of a perfectly placed ball and fantastic vertical skill. Minnesota zero; Kansas City one.

A Darwin Quintero goal in the twentieth minute leveled the game. Minnesota one, Kansas City one. This one goal is a respectable number considering that Minnesota had just six shots, with four on target. Forward Christian Ramirez nearly added a go-ahead goal, but was declared offside, prompting widespread chanting of “V-A-R! V-A-R!” from supporters.

Shockingly, the match ended even. Why is this so shocking? Kansas City took four times as many shots as Minnesota, a total of 24. Of those, ten were on target. The defensive Loons performed admirably, making 31 clearances (to Sporting’s 12). But the star of the day was Bobby Shuttleworth.

Shuttleworth earned a starting position in MLS Team of the Week for his nine saves on Sunday. Nine! Four of his saves are featured in MLS Match Center’s game highlights. Yes, half of the highlight videos feature a Shuttleworth performance.

While the sellout crowd was disappointed to not sing Wonderwall after the match, the general consensus was that this game could have gone a whole lot worse, especially with key midfielder Rasmus Schuller leaving the game on concussion protocol, adding to an already heavy injured list. Despite misreading Shelton’s header and conceding the goal, Shuttleworth saved the day. Again.

But I have said it before and will say it again (Please, Loons. Please don’t make me.), if your keeper earns Man of the Match and Team of the Week, match after match after match, something isn’t quite right.