Orlando City – Let’s Get Caught Up 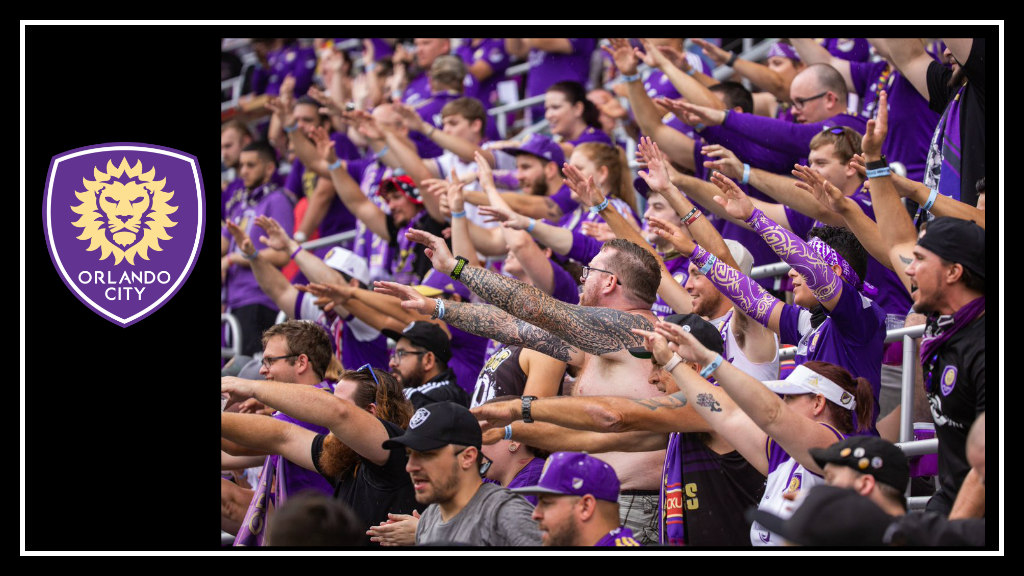 First thing’s first. Our winning streak ended at 6 straight wins. 6 is the new Club record, with the previous record of 5 straight wins. Sadly, that’s about where the good news for this post ends. We set a new record!

Now for the not so good stuff…

Our first matchup with rivals Atlanta United went down on May 13th at the Orlando City Stadium. This game—both literally and figuratively— was a mess. Just ten minutes in, Atlanta was awarded a penalty kick after a controversial play by our favorite (though aggressive) midfielder, Cristian Higuita. Ten minutes later, Higuita saw a yellow for another risky play. Atlanta tucked away a second goal in the 31st minute. Orlando goalkeeper Joe Bendik was a little less than pleased with the refs and argued, earning himself a yellow card as well. This isn’t even where the mess ends, guys. Stay with me.

At half, Higuita was replaced by Uri Rosell, probably a smart move because with our current list of injured and unavailable players, the last thing we need is anyone getting a red card. But we’ll talk about that later. In the 57th minute, Justin Meram scored his first goal in purple and put us on the scoreboard.

To add to our list of yellow cards this game, Yosimar Yotún, Uri Rosell and Will Johnson all got booked before the end of the game. Will Johnson’s came during a time of high tension, when both teams got in a little bit of a scuffle. I didn’t see what started it, but Lamine Sane and Will Johnson were the primary instigators on the Orlando City side. Both players were fined by the disciplinary committee in the week following this matchup.

Perhaps the most disappointing part of this game was the behavior of the fans. Attendees littered the field with cups, beer cans, and anything else they could throw in the last few minutes of added time, so much that it made the field dangerous to play on and the refs had to call the game.

It’s been said, I’m going to repeat it, this is absolutely unacceptable behavior by Orlando City fans. We should never disrespect any field and put our players in danger, but the fact that we did this to our own house? I’m immensely disappointed. Orlando City has identified 38 fans who threw trash onto the field and these fans have received a one to two-year suspension.

The team has also implemented new rules for the stadium. All beverages will be poured into cups moving forward and the stadium will have more cameras installed.

Oh no. Someone accidentally dropped their cup on the field 10 yards away from the supporters’ section. #oops #ORLvATL @MLSFemale pic.twitter.com/JxThtoLTsr

Moving on. Let’s touch base on the Toronto FC game this past weekend. This game saw City back on the road. First half was pretty slow, ending with a 0-0 scoreboard. Both teams seemed to come alive during the second half. Toronto tucked away their first goal in the 63rd minute. Ten minutes later, Cristian Higuita put one away for Orlando City. At 87 minutes in, Toronto scored their second, ending the game 2-1. The same result as we saw against Atlanta.

Orlando City is in extremely rough shape for the next few weeks. We’re missing at least 5 starters, and yeah, some of them are in positions we’re already short on replacements for. Midfielder Yoshimar Yotún and defender Amro Tarek have been called up to play for their national teams during the 2018 FIFA World Cup. Yotún will be playing for Peru and Tarek for Egypt. Best of luck, boys! You’ll be missed!

Injuries. Captain Jonathan Spector is still out for concussion protocol. He has now missed 7 consecutive games. I’m worried our captain slot is jinxed. Last year, Kaka missed a good chunk of the regular season for injuries and this year, we’re missing Spector. This is such a heavy blow too.

Spector is an essential piece of our defensive line. And in his absence, Amro Tarek usually fills his spot. Now we’re without either of them. Defender Scott Sutter is also out for injury, as well as, forward Dom Dwyer. All three injured players were missing from this week’s training. No word yet on when they’ll return, but with any luck, all three will return ahead of our June 2nd matchup against NYCFC.

City faces off at home on Saturday, May 26th, against Chicago Fire. This will be defender Rafael Ramos’ first return home since being traded to Fire during the offseason for Cam Lindley.