LA Galaxy Win Away and at Home 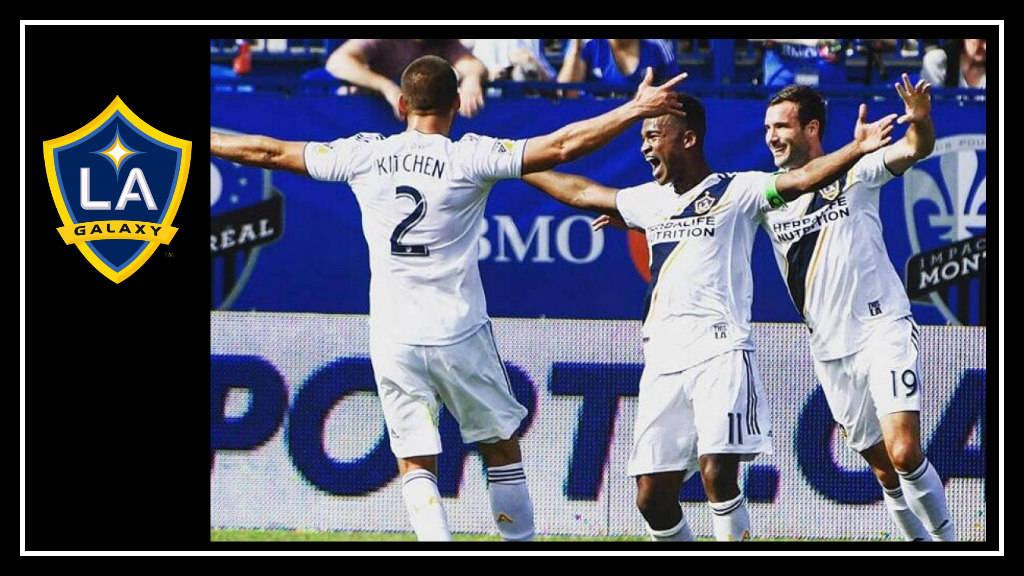 This article is a recap of two games. I wasn’t able to watch the away game because it was a day game and I had to work. Then, I went on vacation and wasn’t able to be at the home game, but I did manage to watch the CaliClasico. That’s how committed I am to my team and MLSFemale, I kept up and followed along via Twitter. Lol.

Emrah Klimenta made his first start this match. Ashley Cole was suspended due to yellow card accumulation. Zlatan Ibrahimovic wore the captain’s band. Despite not conceding goals and the score level at the first half, it was tough as the Galaxy struggled defensively and then went down to 10 men. In the 41st minute after video review, the famous Swedish national was given a straight red because he slapped Montreal’s Michael Petrasso in the head for stepping on his foot.

At first, I was upset. But, then I thought this was the time for the team to step it up once again and for Ola Kamara to shine as he took the captain’s band. And rise and shine he did. He scored what would be the winning goal in the 75th minute; the assist coming from Emmanuel Boateng. David Bingham made five incredible saves to keep Montreal scoreless despite their having 22 shots all match.

Chris Pontius was the only change from the last match’s starting XI. Zlatan Ibrahimovic was suspended this match due to the red card the previous game. Juan Carlos Osario, the Mexican National team manager, was in attendance to scope out the Dos Santos brothers in preparation for the upcoming World Cup, which added pressure.

Jonathan Dos Santos wore the captain’s band til Ashley Cole was subbed in the 66th minute. Giovani Dos Santos had his chance in the 75th minute when he subbed out Sebastian Lletget. It was another painful first half and arguably a terrible 80 minutes as they struggled to make plays happen. The opponents, the San Jose Earthquakes, looked just as bad.

Lletget’s expression when he was subbed out reflected that he wasn’t happy with his performance either; at one point in the 34th minute, he got in the way of teammate Romain Alessandrini’s shot. The game was called boring by fans on Twitter and not looking good seemed to be the standard the Galaxy have set.

The game was barely won when Alessandrini scored a stunning goal in the 82nd minute. The Earthquakes managed not to score, but not from lack of chances even in the remaining few minutes til the whistle blew.

Alessandrini’s goal deserves to be admired, but the way the team’s been playing, it was a quick-lived spark as we are reminded that most of the Galaxy’s play looks like there’s no strategy or chemistry amongst teammates.  Number 7’s been reflecting all the fans with his frustration, so scoring was really good for him.

A few more takeaways from these games:

Emmanuel Boateng needs to start. As soon as he enters a game, it immediately changes up the match for the better. He creates chances! He assists! He scores!

The Galaxy put pressure, but they have trouble finishing.

The Galaxy managed to win back to back games, snapping a four-game losing streak (three of which were at home) without Zlatan Ibrahimovic on the pitch.

With World Cup absences coming up and then the transfer window come July, the Galaxy have a bumpy road ahead, but I’m here for it.

I will be in attendance with several of my international students for Wednesday’s game, which is Pride Night, at StubHub Center. Kickoff is set for 7:30pm PST.