NYCFC loses to Houston Dynamo 1-3: Musings on Marriage and Fandom 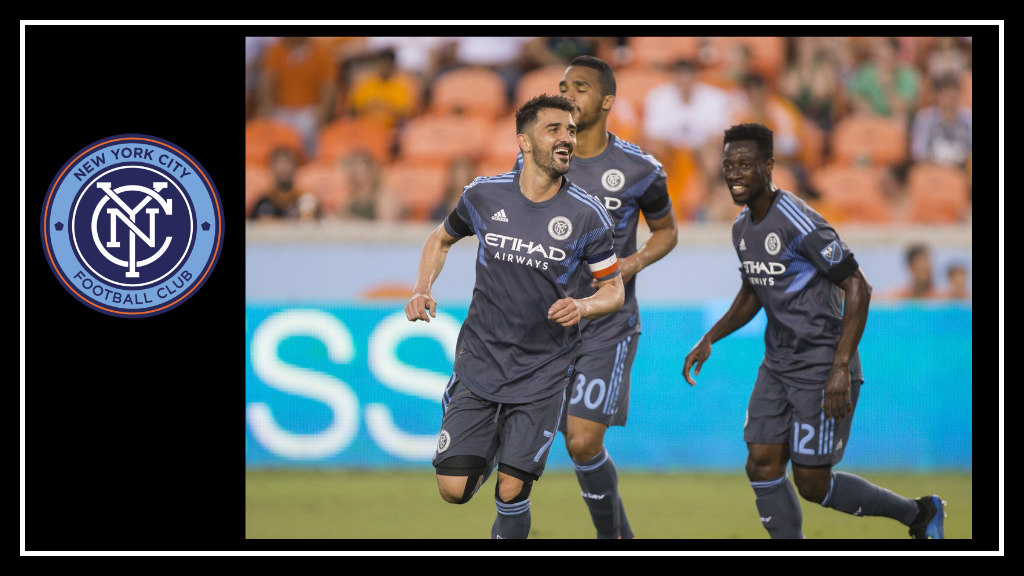 Friday, New York City Football Club faced off against Houston Dynamo and left most fans shaking their heads as to what the heck they just saw.  The game started with a wonky lineup and then built up pieces of a proverbial train wreck with bad defensive touches, lack of offensive runs and a horrific looking injury to midfielder Yangel Herrera.

By all accounts it did not seem to be a good night to be an NYCFC fan.  Yet, gathering to watch the match at Ryan’s Daughter in Manhattan at a fan party hosted by NYCFC Nation, celebrating my 20th wedding anniversary to my husband, I got all sorts of feels.  A true fan relationship with the team really is like a solid marriage:  you get some tremendous swooning moments, a few instances of pure soul-spitting anger and a lot of mutual hard work, humor, comfort and picking your battles.

BREAKING: NYCFC Nation is hosting a happy hour at @ryansdaughterny for the upcoming match against Houston on Friday. Free beer and food starts at 7PM. Free Jameson shot for anyone who purchases our scarf too! #NYCFC pic.twitter.com/XYNvcCx7n5

Despite David Villa‘s quick goal to give New York the lead in the first few minutes, it was ugly football with a lack of passion and creativity.  For much of the game, City was dominated by the Dynamo.  Houston capitalized on our slow legs and poor overall defending.  As one NYC fan stated, “We look gassed”.  However, despite disappointment in the result this week, fans bonded in mutual love and dedication to their team.  For true fans, it would take something monumental for us to lose so much faith in our team to jump ship and start over.

At our wedding twenty years ago, my husband and I were given advice in the shape of the 80/20 rule:  As long as you are happy and working together as a team 80% of the time, you are in excellent shape to weather the storms that may occur 20% of the time.

Now, do I translate that to an 80% ball possession and an 80% winning record in MLS?  Of course not, but if the fan’s relationship with the team is mostly positive with a few bumps thrown in, then it’s a worthwhile long term endeavor.  Expecting perfection is unattainable for anybody or any sports team.  However, I dare you to explain that to a New Yorker.

Now presenting… the Official Inaugural home kit of the New York City Football Podcast. Brought to you in part by the @NYCFCNation. Elegantly modeled by @_JordanGriffith and @NickChavezMLS. #NYCFP @NYCFC pic.twitter.com/2SgloHLXTR

The diagnosis of Herrera’s injury and prognosis has not been disclosed but he posted a photo of himself in a boot, giving fans hope that the injury was not as serious as it appeared.

New York City Football Club is now without Ronald Matarrita and Rodney Wallace who will be representing Costa Rica in the World Cup.  We will have less depth particularly on the left side.

Safety note! Jumping up and down rhythmically in large groups at Ryan’s Daughter may cause the floor to collapse and is therefore discouraged.