Atlanta United: Back in Action 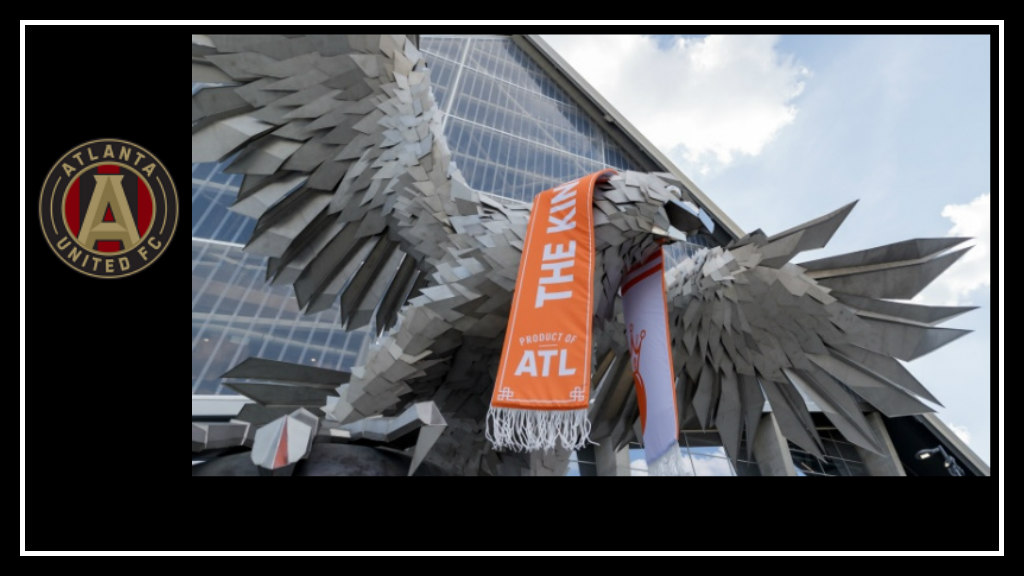 Hello again! Sorry for the lack of reporting from the ATL this month; I’ve been traveling for fun and work and haven’t had much time to write. In the meantime, though, Atlanta United have had an…interesting month. Let’s dive in to some quick recaps, shall we?

May started out pretty well. The $15M kid, Ezequiel Barco got his first goal for the Five Stripes. Darlington Nagbe and Josef Martinez combined for the go-ahead goal. Over 100 ATLUTD supporters traveled for the eighth straight game undefeated.

Unfortunately, that undefeated streak didn’t go further. The first home loss of 2018 came at the hands of Sporting KC on a Wednesday night at the Benz. Tata made some lineup changes and there were some questionable calls, like Martinez’s goal called back as offside after Video Review.

One call that was (unfortunately) correct was the DOGSO red on ATL keeper Brad Guzan for taking Khiry Shelton down in the box in the 37th minute. ATL’s second and third goalies were both out with injuries and they had to sign 4th round draft pick (2018) Paul Christiansen to temporary hardship contracts for a couple of weeks. Christiansen did pretty well, getting a couple of good (maybe lucky) saves early on, but SKC ended up getting a couple of goals by him in the second half.

On a side note, my brother is no longer allowed to attend ATLUTD games. o_o And Tim Melia is a gosh-darn unicorn. That’s for you, @khoogs.

Atlanta United still have not lost to Orlando City (2-0-2). That is all.

(We play them two more times this year; I’m sure there will be MUCH more to talk about soon enough)

*Sigh* This is where it gets ugly.

This game was the first home game I’ve missed in ATL’s short history. I screamed at the TV in my hotel room in El Salvador so many times, I’m surprised security wasn’t called. The refereeing, though…so bad.

I haven’t re-watched the game and I don’t want to, so all I can remember is that ATL lost the plot in the second half. Leandro Gonzalez Pirez got a yellow card for some reason, which meant he was out for the next game on accumulation.

Greg Garza got a straight red for a dangerous (but possibly unintentional) tackle, where he also re-re-re-injured his left shoulder (originally injured in the 2017 All-Star Game). Garza has been wearing a brace to keep his shoulder together since last season, but after this injury, he decided to go ahead and get the surgery to fix it rather than wait until a “better time.” He’s now out for four to six MONTHS. *crying emoji*

And finally, Wednesday night’s game. All in all, not a terrible game, but ATL has definitely had much better games. The New England Revolution‘s keeper practically stood on his head to make some really good saves. Barco and Miguel Almiron would have had a couple of goals each if it wasn’t for him. Martinez did manage to get a really easy goal when he caught NE’s defense sleeping.

There was some more slightly questionable refereeing in this game, although not as bad as in the previous two games. Kevin Kratz was called for a (soft) foul in the box and NE was given a PK, which they converted. Earlier in the game, however, Mikey Ambrose was not given a PK for a similar (soft) foul on the other side of the field. *shrug*

The next couple of weeks will be rather busy for ATLUTD, with four games in 11 days. I expect to see quite a bit of line up changes, especially for the US Open Cup game on 6/6. Fortunately (or unfortunately?) for Atlanta, we aren’t losing any players to the World Cup this summer, so I’m hoping to keep that first place spot for a while…

Despite a run of unspectacular form, #ATLUTD still in first place in the East and in the Supporters’ Shield race 🔛🔝 pic.twitter.com/jzPQKCOLaR