Evan Bush: A Rare Bright Spot in a Dark Period for the Impact 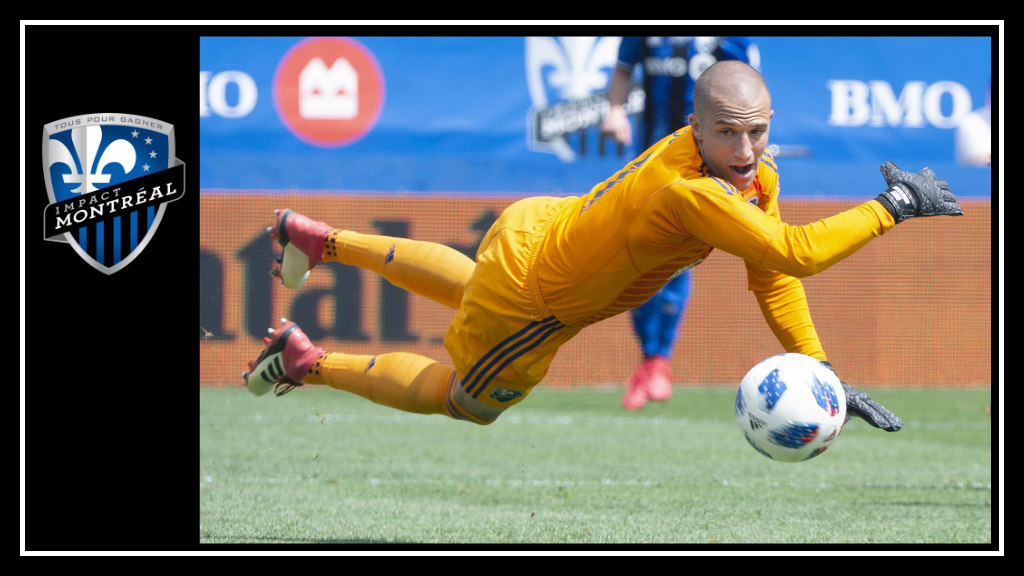 As I sat down to write yet another post about how a dispirited Montréal Impact threw away yet another match, I rolled my eyes and glanced at my nearby poster. It’s of a quote from Harry Potter: “Happiness can be found in even the darkest of times, if one only remembers to turn on the light.”

Right now, the situation faced by the Bleu-Blanc-Noir can certainly be described as “the darkest of times.” This season has been chalked up by most as a transition season in part of a larger project. But as fans watch the team play disjointed, passionless soccer and as the owner promises more changes that fans will not necessarily like are on the horizon, it feels like a project that has gone way off the track.

Most will look back on this season, or at least this part of it, as a relative failure. However, while the team is not playing poorly as a whole, several players have made important progress that is being overshadowed by the collective performances. Instead of wallowing in despair, I am choosing to spend my time shining a spotlight on a player who has truly come into his own and stepped up this season: Evan Bush.

The choice of my subject should come as little surprise to Impact fans, but others probably have doubts about how a keeper can be applauded when his team has conceded the most goals in the league (by a healthy margin). This year’s Montréal Impact have allowed 29 goals so far this season, after 13 games. Last year, they allowed double that after the total of 34 games played. They are on track to break a team record for most goals allowed in a season.

However, Bush also leads the league in shots saved – with an overwhelming 64 in a mere 13 games! Bush joined the Impact in 2011, the year before they made the jump to MLS.

That year, he won the Golden Glove for most saves in the NASL. He has also won the same award in the 2014-15 CONCACAF Champions League, the year that the Impact made it to the final. He has racked up over 150 appearances across all competitions, but his MLS performances have rarely garnered as much attention as they have this season.

Much credit for Bush’s improvements can possibly be attributed to the arrival of legendary French goalkeeping coach Joel Bats. Bats not only represented the French national team as a player, but was also a mainstay of Olympique de Lyon, training their keepers (who would become representatives of Les Bleus) for 17 years before joining Rémi Garde’s coaching staff.

Over the years, Bush has been primarily criticized for his hesitation to assert his place in his 18-yard box and his distribution. Since the arrival of Bats, Impact fans have been able to witness Bush coming off his line with increasing frequency and displaying confidence in himself, regardless of the team’s performance.

Bush has also stepped up as a leader figure as his career with Montréal has progressed. That quality is more crucial than ever this season, as he is one of the few mainstays in the team following the massive 2018 preseason overhaul. Never afraid to address the media and well spoken, Bush’s presence is a steady rock in the stormy season the Montréal Impact are facing.