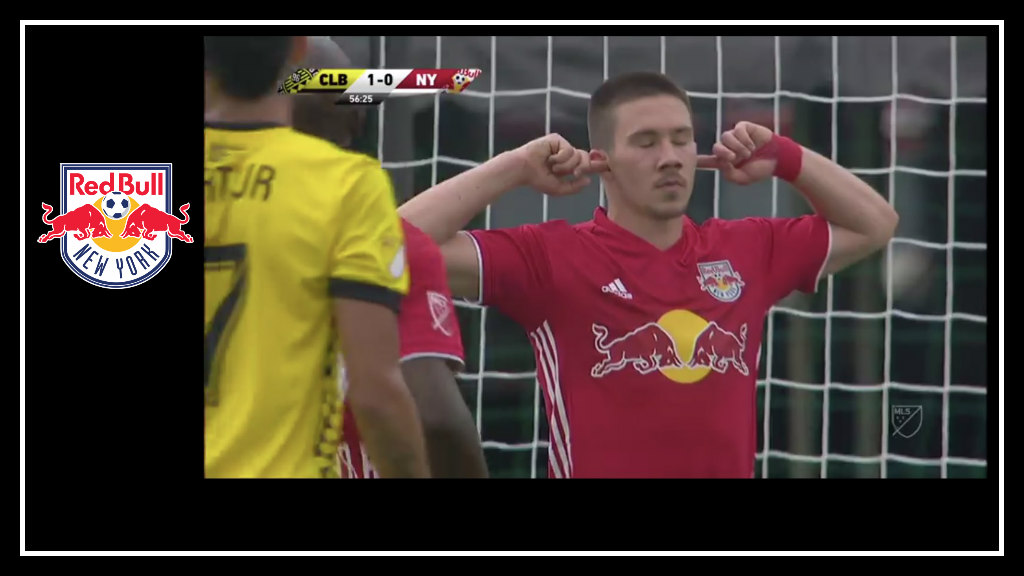 It was too perfect.

The New York Red Bulls are the Boys in Red. Yellow is Columbus Crew‘s signature color.

If @ColumbusCrewSC wear their yellow kits, I will call this the Condiment Derby. @NewYorkRedBulls https://t.co/dhwJlgMcYL

It didn’t take long for the dream I didn’t know I had to be realized:

SECRET FAMILY RECIPE: This is the first Red Bull/ Crew matchup since Mike Grella was traded to Columbus. A healthy Grella is a dangerous Grella, and he was looking quite stong against his former team. This is also the first game back from injury for RB goalkeeper Luis Robles. He took a cleat to the chest in the first half, which did not look pretty. But the Ironman played on, with five saves on the day.

Luis Robles shows off his battle wounds from the match. https://t.co/gwdVYl2zt1 pic.twitter.com/Zhs4uLFCZ1

HOT SAUCE: Apparently mid-day in June is pretty flipping hot in Columbus. Eighty-seven degrees, but felt like ninety-one.  A hydration break was imposed in the 32nd minute. Players were dripping with sweat and dousing themselves with their water bottles. The sky in the second half grew overcast and the wind increased as a summer storm brewed and threatened the end of the game.

SAUERKRAUT: Ugh. The Crew’s Gyasi Zardes scored in the 26th minute. It was the result of a strong effort from Harrison Afful and Federico Higuain. Combined with a momentary lapse from the Red Bulls defense, “Mustard United” pulled ahead.  Bradley Wright-Phillips was called offside on his goal in the 39th minute. So while the first half wasn’t terrible, it isn’t something I’d want regularly.

RELISH: In just his second start of the season, homegrown midfielder Alex Muyl scored a header off a Sean Davis free kick. This was also his second goal of the season. But rather than cup his ears to hear the fans, this time he plugged his ears and closed his eyes. He doesn’t want to hear the noise. Critics have been saying plenty, smug when he is not in the Starting XI, flippant when his chances yield no results. But when he came through, after 57 minutes of putting the pressure on, he took a moment for himself.

A quick trip home to host the Seattle Sounders, then a jaunt down I-95 for the next round of the Open Cup against the Philadelphia Union. I’ve gotta get the hot dogs and burgers ready.