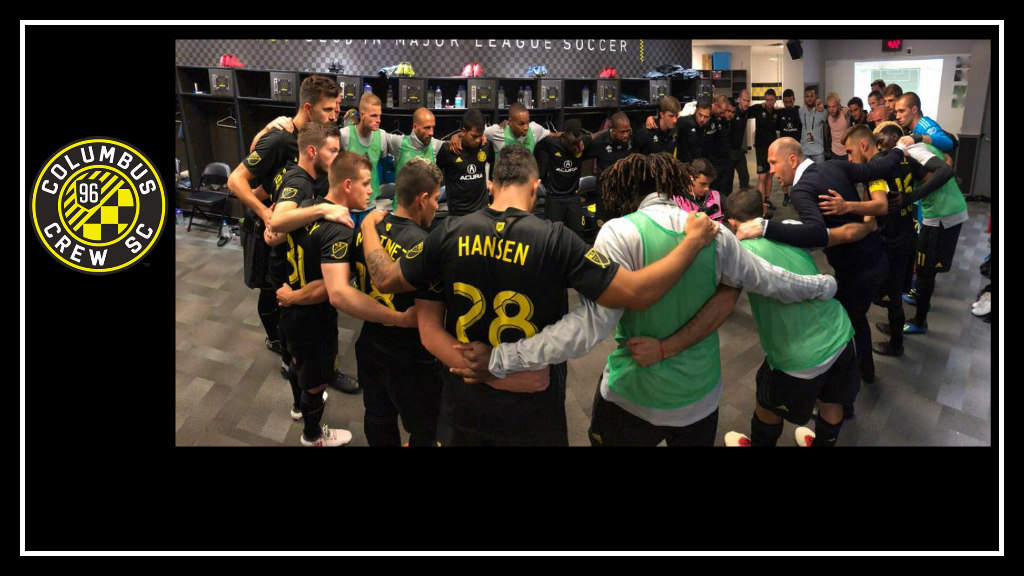 Columbus Crew SC took on the Chicago Fire Wednesday night in the first round of the US Open Cup.  Due to having three MLS games in twelve days, Crew SC rolled out a lot of reserve players.  But, I felt very confident that these reserve players could get a result.

Cristian Martinez opened the scoring up in the 10’ after receiving a beautiful pass from Niko Hansen.  While Crew SC didn’t dominate the half, it looked likely they would go in at halftime with the lead.  Nemanja Nikolic of the Chicago Fire had a different idea though and redirected a ball into the goal on a Rafael Ramos cross.  However, if Nikolic hadn’t finished it, Diego Campos was making a backdoor run unmarked and would’ve finished it instead.

Ending regulation time with a 1-1 tie, the game went into two fifteen-minute halves.  In the 109’, Nikolic struck again.  Aleksandar Katai chipped it over Crew SC keeper Logan Ketterer who got his hand on the ball but volleyed it behind him.  It was an easy finish for Nikolic who was waiting on the other side of the keeper.

In the 114’, Adam Jahn leveled the score when Luis Argudo sent a short corner to Cristian Martinez.  Martinez sent a nice cross into the box that Adam Jahn headed into the net.

After extra time, the game went into penalty kicks.  I’ve seen my team’s playoff run ended by penalty kicks, and I’ve seen them advance on them as well.  But personally, I have never seen a game where penalty kicks go through the whole team and end up with the keepers taking PKs.

Nemanja Nikolic who scored both of the Fire’s goals during the game clanged the crossbar to miss the first PK of the night.  Hector Jimenez took Crew SC’s second PK of the night, which was saved.  It continued with all other players making their PKs until it was down to Chicago’s keeper Richard Sanchez and Columbus’s keeper Logan Ketterer.  Ketterer’s shot wasn’t quite hard enough and was saved while Sanchez finished his shot to allow Chicago to advance in the Open Cup with a score of 2 (9)- 2 (10).

A couple of thoughts about the match:

It was great to see Gaston Sauro on the pitch as this was his first game back at home since October 2016.  He has been recovering from injury and surgery which could have ended his soccer career.  I continue to look forward to Sauro making his way back into the starting lineup for Crew SC.

After Eduardo Sosa’s Crew SC debut as a substitute in last Saturday’s game against Toronto FC, he got the start and played the whole game in this match.  I continue to marvel at Gregg Berhalter’s ability to find young talent.  Between Argudo, Sosa, Valenzuela, and Opoku, Berhalter has a lot of young talented players that will make this Crew SC team a force to be reckoned with for years to come.

As kid a growing up in 🇬🇭 with nothing, u always dream of this moments but what are the chances u actually make it? Very little chance. Not the results we wanted but very thankful and blessed to have had the opportunity to play my first official game for🖤💛 #CrewSC #BeHappy pic.twitter.com/xL85s9bcyX

In all honesty, while I love the Open Cup, I also loathe it.  During the 2013 Open Cup, Eddie Gaven, my favorite Crew SC player, was injured and retired shortly after the 2013 season.  I still wonder to this day what might have been had he not been injured in this tournament.

So, I am incredibly thrilled that none of our guys got hurt in the match and look forward to Crew SC’s upcoming MLS matches.