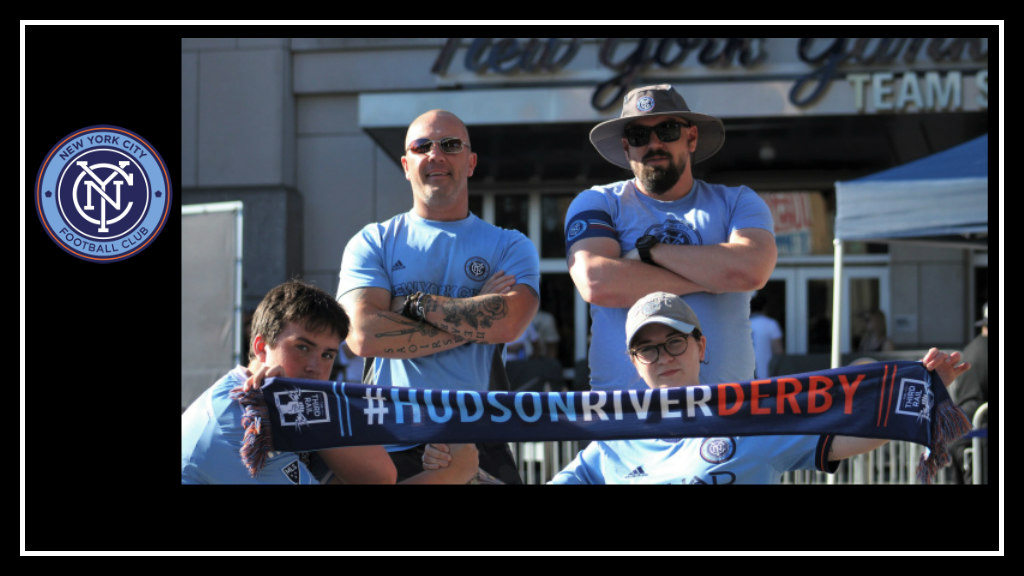 It feels like it’s been a long time since New York City Football Club has played at home in the Bronx. The atmosphere at the Hudson River Derby felt a bit like a huge family reunion, ripe with banners, glitter, costumes, drinking and dancing and the obligatory distant “cousins” who are loud, overly opinionated and wear strange clothing.  And yet, it would be a super boring event without them.

If we’re being honest, we need to admit that for much of our club’s history, the New York Red Bulls have handed our heads to us on a silver platter. Granted, they’ve had many more years to develop the knife factory.  They figured out how to defeat NYCFC pretty consistently.

A few things going into the July 8th match:

The starting lineup mixed in some faces we haven’t seen in a while such as Rodney Wallace on left wing, returning from World Cup duties for Costa Rica and Maxime Chanot as a center back after a string of mysterious absences.  On paper, it also looked like Maxi Moralez had striker duties for this game.  Despite the return of some veterans to the starting XI, it was clearly not the same old tactics in facing the Red Bulls.

For this game, the dyed-in-the-wool “Play out of the back” strategy was not to be seen and instead, replaced by quick restarts of long balls to the wings by goalkeeper Sean Johnson.  Particularly in the first half, this was effective in countering RBNY’s previously deadly high press as NYC kept 61.3% possession and won 54.8% of duels.

However, of the 10 NYCFC shots on goal in the first half, 5 were blocked solidly by RB’s defense, one was saved by Robles and the others were off target.  City could not squeeze juice from the pretty pineapple.

In the second half, the Red Bulls held much more possession and seemed to be consistently on the attack.  Chanot settled nicely back into the center back role, a position that he shared with Alexander Callens for this game, clearing aerial balls, destroying low shots with sliding tackles and making life difficult for Red Bulls star striker Bradley Wright-Phillips.

And yet there was a point that fans began to think that we would be okay with a draw and taking the one point.  Then Jonathan Lewis came in for Rodney Wallace and the whole offensive rhythm changed with Lewis dancing and weaving, overall giving the RBNY defense more to contend with.  Nine minutes after he came on, Lewis served a ball across the goal to Moralez who buried it.  At that point, it was all hands on deck to defend and protect the lead.  Besides the combination that lead to the goal, it was not a pretty game but it did the trick.

A win is a win – especially without a “striker”.

Next game is Wednesday, July 11th at home versus the Montreal Impact.