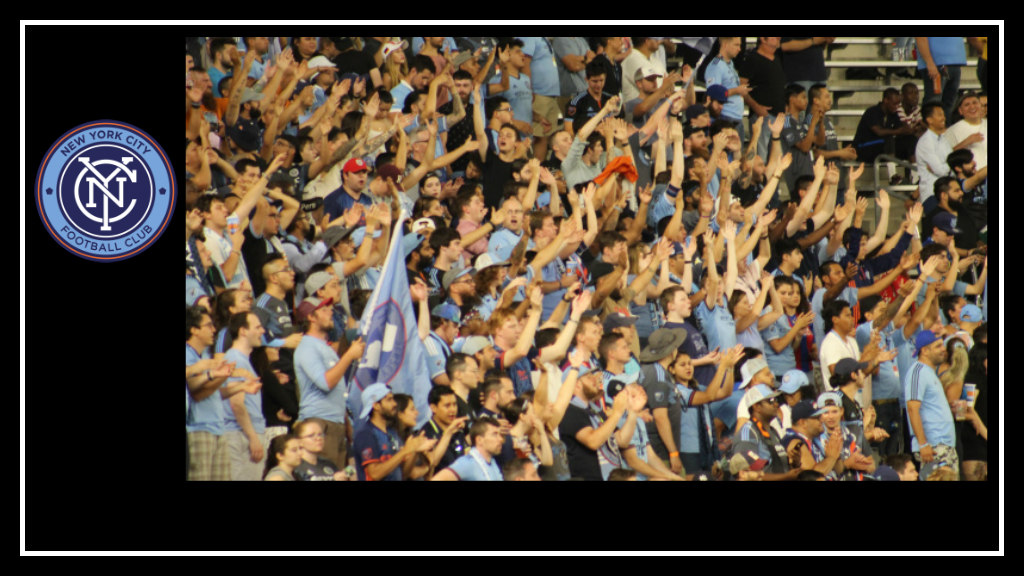 New York City FC has a tight schedule this week and faced the second of its three opponents on July 11th at home versus Impact Montréal.  The game was a snooze fest in the scoreless first half, with very little happening offensively besides some fruitless crosses by NYCFC wing Rodney Wallace and some relentless verbal tormenting of Montréal goalkeeper Evan Bush.

Something happened during half time though, (besides this wedding proposal, ripe with a “Marry Me” NYCFC jersey!)

The Boys in Grey came out with fire in their bellies and under their feet opening up the scoring flood gates with three beautiful and very different styled goals by Jesús Medina at the 60th minute:

After the second goal, Montréal seemed to lose all their energy, barely pressing forward.  Recently lethal striker Ignacio Piatti did his best to make runs, looking for something magical to come his way but City defenders Alexander Callens and Sebastien Ibeagha easily shut him down.  Montréal’s lack of high (or even medium) press, allowed NYCFC to play out of the back for much of the game, which thankfully gave goalkeeper Sean Johnson something to do as he didn’t need to make a single save.

Some intel I learned postgame:

NYCFC faces the Columbus Crew on Saturday July 14th at home.  Remember when we had to play them at “home” at Citifield?  Related to that, a New York Times article was released during the Montreal game about another possible stadium site.

BREAKING: Developers say they have an agreement to buy the GAL Manufacturing factory on East 153rd Street, and lease the land to NYCFC to build a stadium. (via NY Times)https://t.co/pWcu9bb9dx

Someday we will have our own home…