In Minnesota, if it’s not the heat, it’s the set pieces 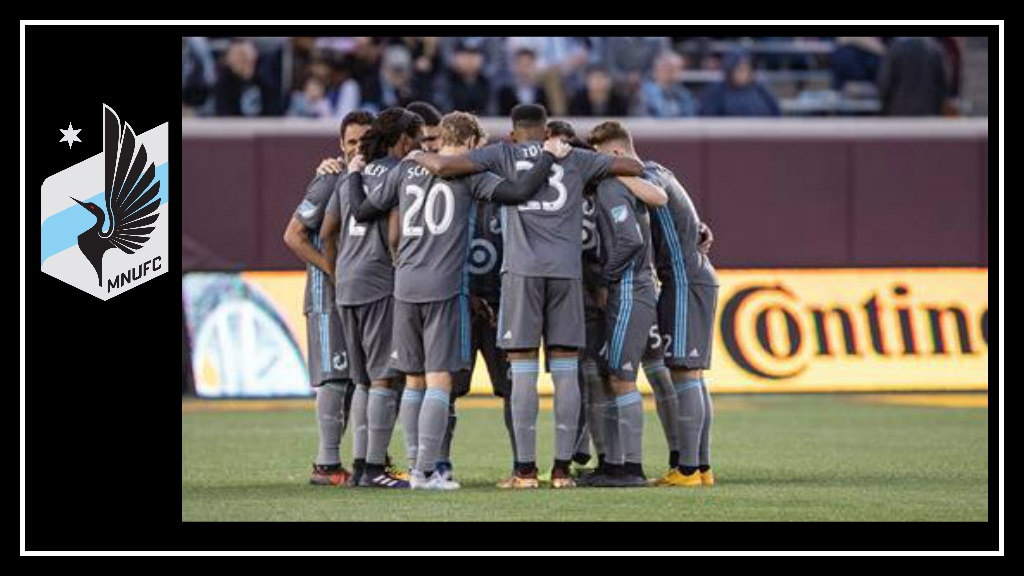 Fresh off an exhilarating win at home against MLS defending champs Toronto FC, Minnesota United flew to Houston and quickly rediscovered their reality. The Loons’ 3-0 loss to the Dynamo on Saturday night was the club’s eleventh on the season, with most of those losses coming on the road.

Despite the Loons’ poor performance in set pieces being an overwhelmingly obvious factor in the loss, coach Adrian Heath told the media, “I don’t think we were sharp enough all evening. Overall it was just another indication that we have issues on the road. I am disappointed with the level of commitment considering where we were on Wednesday.”

Fans were disappointed with Heath’s lack of ownership in the loss and Minnesota soccer Twitter succumbed once again to a barrage of #HeathOut statements, including one from the #HeathOut barometer:

All the usual starters got a rest or rode the bench, except for centerback Francisco Calvo (having rested in Houston on yellow card accumulation) who captained the squad of young or untested players. Frantz Pangop, a high profile signing in the preseason, was a bright spot that night, scoring his first goal in the Black and Blue (yes, I know the shirt’s grey, but the song has been ‘Boys in Black and Blue’ for as long as Minnesota has been horrible in set pieces). Unfortunately, that was their only goal. The Loons would give up two goals to the visitors, both on mistakes from Pangop’s countryman, Bertrand Owundi Eko’o.

Fans and analysts all agree that United’s defense desperately needs help and the midfield needs effective coordination. These were the expectations as the transfer window opened. Signing announcements came quickly. And, just as quickly, criticism followed.

First came 23-year-old Romario Ibarra of Ecuador, an attacking midfielder from Club Deportivo Universidad Catolica. But he is neither the Ibarra (“His brother is better,” said nearly everyone on Twitter) nor the midfielder (they just signed a DP mid who likes to score so why add another?) the Loons so desperately need.

Next was 29-year-old Colombian, Angelo Rodriguez. The forward for Club Deportes Tolima (Columbia) signed as Minnesota’s second Designated Player. These additions are confusing considering their positions and their international status. Jerome Thiesson received his green card this week, clearing the way for Ibarra to fill Minnesota’s seventh and final international spot.

Luckily I didn‘t apply for it with this picture 🙈 📷 🤣 big thank you to everybody involved @MNUFC (👑👑@Blaker13 👑👑) and my agent @StoneSportsMgmt for this opportunity that we appreciate and value!🇺🇸🇺🇸🇺🇸🇺🇸🇺🇸 #usa #minnesota #thanksforhavingus #familythiesson 🙏🏻 https://t.co/fl1NfTJfpe

Someone will have to go before Rodriguez clears up his visa paperwork and arrives in Minnesota. Rumors cite an end to Alexi Gomez’s transfer deal to clear the way for Rodriguez.

International slots aside, the signings are confusing in light of these most recent displays of MN United’s problem spots. Why splash money on goal scorers when your defense is leaking goals? When you have a striker in Christian Ramirez who you have held on to despite bids from MLS and Liga MX clubs? Heath’s praise for the two signings offer no real explanation other than stressing each player’s ability to score.

On Rodriguez: “He is a big-time player. We have just added a difference-maker to our roster. He’s a player who is physical, skilled and knows how to score.. He causes stress on defenses by closing down and pressing.”

On Ibarra:  “We have been looking for some change-of-game pace for the team and that’s one of the best things Romario does: He changes games with his pace and he challenges defenders.”

Maybe there is a huge surprise, a big change, in the works for the defense. The Loons did shock everyone earlier this week when they drilled on set pieces in training ahead of Wednesday’s friendly so…