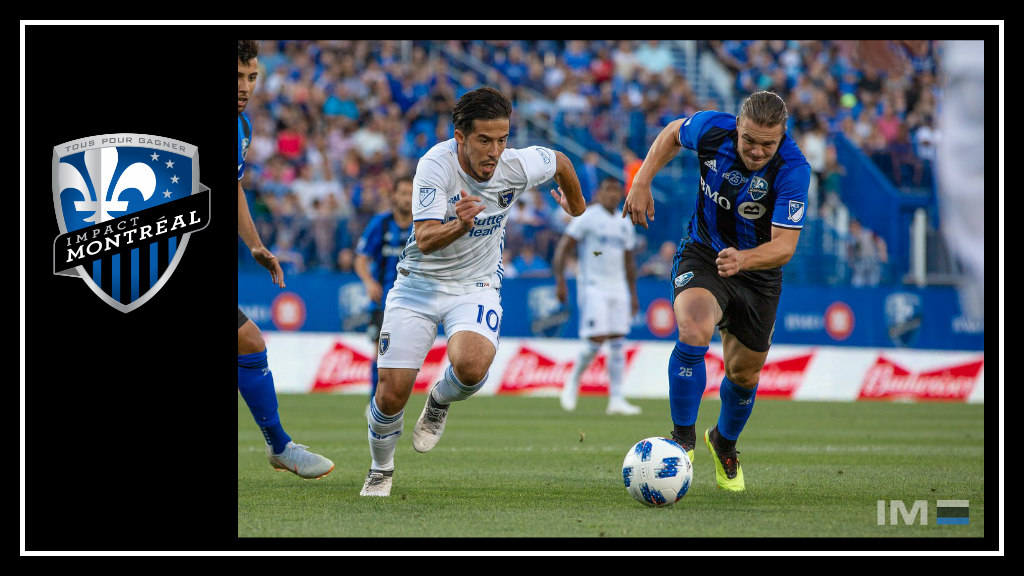 After crashing down to Earth with a sobering 3-0 loss away to NYCFC, the message from coaches and players alike was “We want to bounce back.” Saturday’s match against San Jose Earthquakes, who are currently bottom of the Western Conference standings provided a perfect opportunity for the team to accomplish their goal.

After rotating the squad for the mid-week loss, Rémi Garde elected to field his A-team at home. Rudy Camacho, Ken Krolicki, Alejandro Silva, Matteo Mancosu and Chris Duvall returned to the starting lineup. A notable absentee was Rod Fanni, who missed out through illness. Some fans were concerned about whether a central defensive pairing of Camacho and Jukka Raitala would prove as effective as Camacho-Fanni, and there was only one way to find out.

The Impact started the match brightly, with some fantastic give-and-go play between Mancosu, Ignacio Piatti and Saphir Taïder leading to the Algerian’s fourth goal of the season. The chemistry between Taïder and Piatti was perhaps best evidenced by the first-touch passing between the two, the confidence that the other would be there to receive the ball. Mancosu, despite his abysmal goal tally this season, also deserves credit for his placement on the left side of the opposing 18-yard box when Piatti moved to the centre of the attacking group, as he was, therefore, ready to pass the ball to Piatti who laid the ball off for Taïder.

In the celebration of that goal, Piatti and Taïder came together to hold up an Impact jersey — Marco Donadel’s #33. Donadel was waived by the Impact a few weeks ago, and this match was the last he would be attending before his rumoured return to Italy. Piatti and Taïder chose that moment to recognize the significant role he had played in the team during his three and a half seasons with the Bleu-Blanc-Noir. 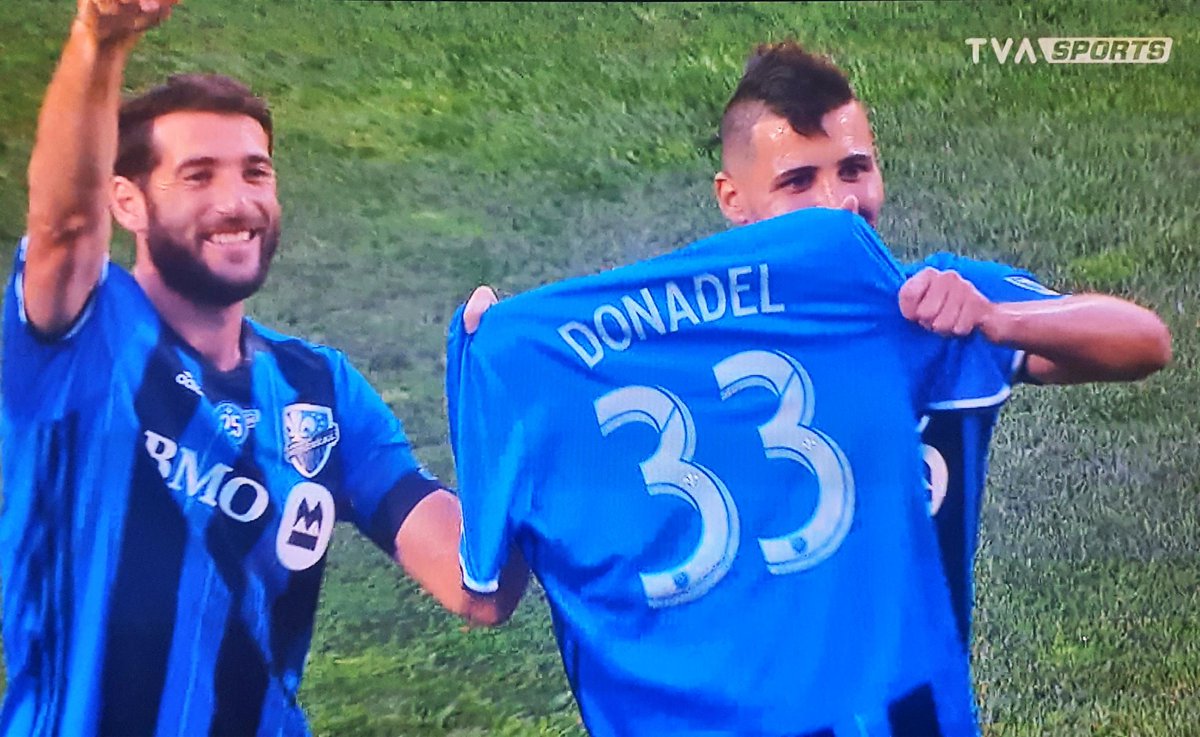 Although ‘keeper Evan Bush was called into action at the end of the half, the real talking point of the game would not be the Impact’s superior collective performance.

Instead, all eyes outside of Montréal are on the implosion taking place – very publicly – within the Earthquakes’ team. Two early substitutions, Anibal Godoy and then his replacement Fatai Alashe, perfectly encapsulated the level of discord with that team and likely made the Impact’s win all the easier. The frustrated body language of the visiting players on the pitch betrayed some deep internal problems which undoubtedly contribute to their current position in the standings.

Despite Piatti scoring another goal to end the match on a positive note, with Alejandro Silva notching yet another assist, arguably the biggest highlight of the match would be when the referee tackled Samuel Piette to the ground.

Thankfully, it will take more than that to take out the defensive midfielder! Somehow, the referee escaped a booking for his blatant attempt to play the man and not the ball!

I had the immense pleasure of being present at Stade Saputo this match as well, in Section 132 with the Ultras de Montréal 2002. The capo was on fire, and got several other sections involved in chanting for the team! And woe be unto you if they caught you taking a break.

The Impact are about to face a lot of Western competition, with Vancouver Whitecaps visiting Stade Saputo for the first leg of the Canadian Championship semi-final on Wednesday, July 18th. On Saturday, July 21st, the Impact will attempt to improve their MLS road record and take on a stingy Portland Timbers defense in the Rose City. The road trip will wrap up with the second leg of Canadian Championship semi-final at BC Place on Wednesday, July 25th.