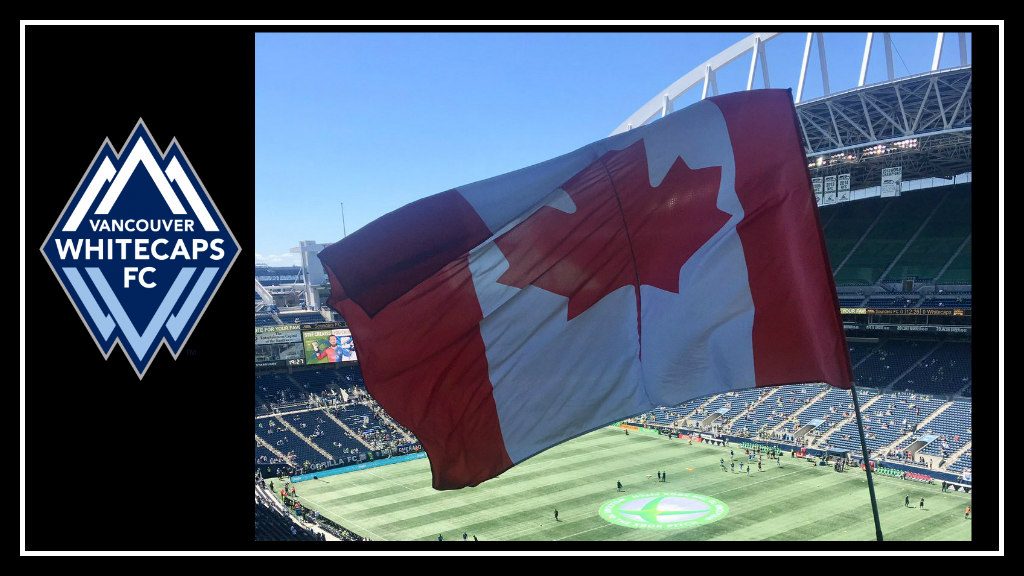 The Vancouver Whitecaps‘ woes continued this weekend as they headed down the I-5 to face off against Cascadian rivals, the Seattle Sounders. Going into the first derby week of the 2018 season, and having lost four out of their last five matches, and dropping to what many consider their “rightful place” at 8th in the MLS West standings, the Caps needed a strong performance to keep their season, and hopes for bringing the Cascadia Cup home, alive.

Overshadowing one of the Whitecaps’ biggest clashes of the season came breaking news that 17-year-old home-grown sensation Alphonso Davies would not suit up for this match and that a transfer to Bayern Munich was imminent. All eyes were on “Phonzie” as the rumour mill had him set to break the MLS record for transfer fees and do it well ahead of his 18th birthday on November 2nd.

As for the match itself, the Caps struggled with their second new lineup of the week. An early penalty awarded to the Sounders as a result of a handball in the box from Doneil Henry sent Seattle up 1-0 in the 4th minute.  Nicolás Lodeiro scored his second of the match in the 32′, sending a shot from distance past Stefan Marinovic, who has seemed to struggle since his return from injury on Wednesday in the Voyageurs Cup semi-finals where the Caps fell 1-0 to Montreal.

Discipline has been an ongoing issue with this Whitecaps side and that became ever apparent when, at 2-0 down, Caps’ midfielder Efraín Juárez took a yellow card in the 77′ for a challenge on double goal scorer Lodeiro. In a reaction Vancouver fans have become all too familiar with this season, Juárez lost his cool and charged at match official Chris Penso, bumping chests as they came face to face, which resulted in the midfielder being dealt an automatic red card.  Juárez has since apologized to both the Whitecaps organization and the supporters, but many think the damage is already done and his time in Blue & White should be over.

"I want to apologize to the organization and supporters…"@efrajuarez | #VWFC pic.twitter.com/PPDSGPUwuc

The Caps face off against Montreal in the home leg of the Voyageurs Cup semi-finals with Montreal visiting BC Place this Wednesday.  The organization has stated that one of their main goals this season is to bring both the Voyageurs Cup and the Cascadia Cup back home to Vancouver; two trophies on the line, three matches in 10 days and to date, zero goals to show for it. It’s safe to say Carl Robinson’s head is once again on the chopping block and if the Whitecaps fail to score at home and defeat Montreal to advance to the Voyageurs Cup Final, this may be the Welsh manager’s swan song.

In previous years, the Vancouver supporters used to plan their year’s travel schedules around these #CapsOnTour trips but the 2018 Caps’ season has left so many disenchanted about the team’s future, that less than one-third of available tickets were sold in the away supporters section at CenturyLink Field in Seattle.  The Whitecaps are losing the battle to apathy amongst the Vancouver supporters.

My VWFC-Sounders experience was a little different than those that traveled. I waltzed into Blarney Stone moments after kickoff, barely having glanced at the lineup, and was more preoccupied with what I had to do after the game was over than watching the game itself.

My VWFC-Sounders experience was a little different than those that traveled. I waltzed into Blarney Stone moments after kickoff, barely having glanced at the lineup, and was more preoccupied with what I had to do after the game was over than watching the game itself.

Now, with Alphonso Davies unofficially set to make his exit from Vancouver, one has to wonder what the supporters have to hold onto now that their home-grown hope has vanished.