Montreal Impact stand strong in a draw at Portland Timbers 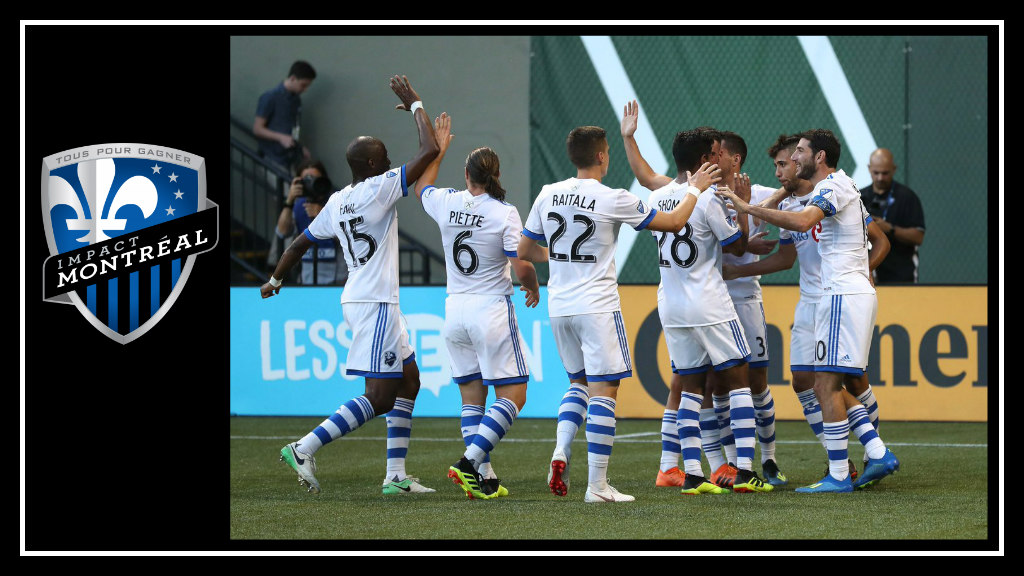 The whirlwind that the month of July has been is nearing its end for the Montreal Impact. The team soldiered on with their duties to the faraway land of Portland to have their yearly battle with the Timbers. Being that the Timbers entered the match on a 13-game hot streak and are undefeated at home this season, most were of the opinion that the Impact would be very happy to escape the Rose City with a point.

Suffice it to say, the 90 minutes that played out in Portland were wild. Despite the glut of matches and how much fatigue must be creeping up on players, Rémi Garde fielded his strongest lineup possible, with the exception of Shamit Shome replacing Ken Krolicki in midfield.

You can often tell what kind of a match the Impact are going to have based on what kind of match their undisputed best player is having. If Ignacio Piatti is up for it, then the team are all but guaranteed to score goals. However, another significant offensive threat has awakened in the form of Alejandro Silva who has taken to the right wing like a fish to water.

In the 23rd minute, Silva intercepted a poor pass and dusted himself off after a clumsy collision with a Timbers man, dribbled deftly into the box and served up the assist on a silver platter for Saphir Taïder’s fourth goal in as many matches. Piatti, Silva and Taïder have a combined 10 goals and 10 assists in the past 7 matches (all competitions).

Although Portland would come back to equalize, directly from the kickoff that followed, Matteo Mancosu also found the back of the net for a second time this season. Piatti played a perfectly weighted long ball to him, allowing the Italian to do what Italian strikers do best – peel off the shoulder of his defenders to score a goal that undoubtedly brought him great relief.

While neither of the Impact’s strikers has had much success filling the net this season, the burden of creating and scoring goals is no longer solely on Piatti’s shoulders. In seasons past, teams could simply smother the Argentinian maestro, because he was at the heart and soul of the team’s attack. With his teammates finding their form, it is now dangerous to overcommit bodies to Piatti, as Silva is proving to be a deft dribbler and Taïder is developing a knack for being in the right place at the right time.

The Impact’s first draw of the season would not have happened had it not been for one player. For as much of a hero as he has been this season, the Impact would have won this match had it not been for Evan Bush’s two howlers. Twice, Bush ineffectively palmed shots into positions for Samuel Armenteros and Diego Valeri to pounce on his errors.

Bush would go on to make seven saves, to his credit. Given the assault he has faced in net this season, most are willing to excuse the ‘keeper’s lapses so long as he returns to his 2018 form! That will be all the more important to see out the month, as it became clear toward the end of the match that outfield players are beginning to feel the fatigue of a very condensed schedule.

The Impact remain on the West Coast to play the second leg of the Canadian Championship semi-final at BC Place tonight. They take a 1-0 advantage into that match against the Vancouver Whitecaps. The Impact return him for their last match of the month on Saturday, July 28th, as Atlanta United will be in town to undoubtedly test the team’s defensive resolve.