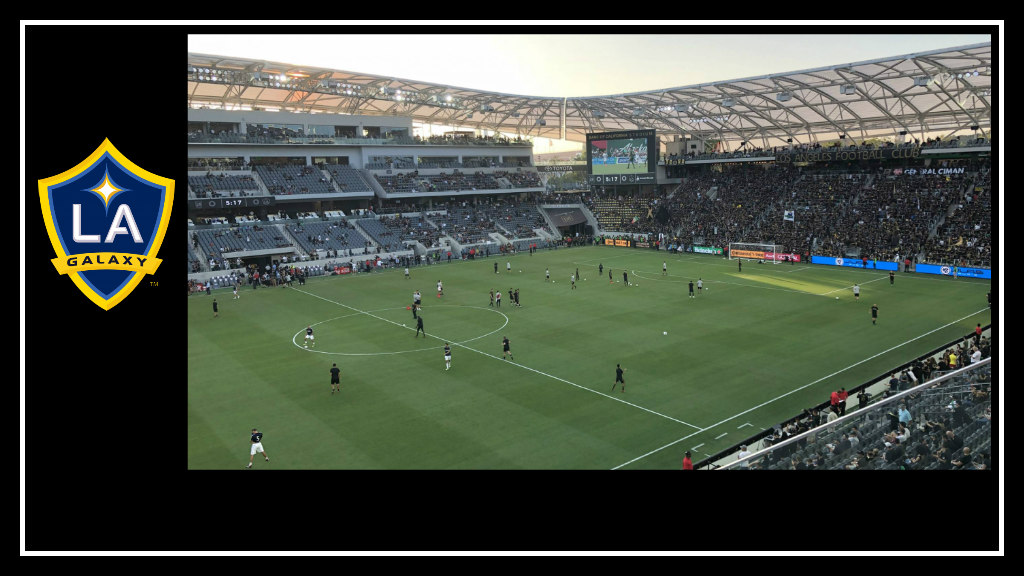 Both Los Angeles teams faced off for a second time on July 26, 2018, this time at Banc of California Stadium. Fans at the stadium were very loud and it only got louder after kickoff.

The LA Galaxy were the visitors this time. LAFC had something to prove at home after the Galaxy had come back to defeat them 4-3 on a wild match back on March 31st.

LAFC was coming off a 5-1 loss against Minnesota.

Both teams have been in the top 5 in the West. The LA Galaxy have scored the most goals in their last 10 games (23 goals) throughout the MLS.

But, this is MLS. It’s anyone’s game.

Despite their 7-game unbeaten streak, the Galaxy particularly looked off their game. They weren’t looking like the team they were against Philadelphia Union. The Galaxy seem to take a step forward, but two steps back. Their defense is a painful reminder and also the shock that the G’s are in the position they are. Conceding a goal and being down early, (often being behind 2 goals), and being a second-half team has become their narrative.

LAG kept taking short corners and making passes, but not putting any pressure. Zlatan Ibrahimovic seemed asleep at the wheel as he gave away the ball in the 44th minute. LAFC’s Walker Zimmerman was defending well.

In the 7th minute, LAFC’s Adama Diomande ran with the ball after a poor deflection and was able to cross it to teammate Carlos Vela, who scored on a header.

Mark Anthony Kaye was on the ball when Galaxy’s Perry Kitchen fouled him just outside the box. After an injury break, he had to be helped off the field, tears streaming down his face. We now know he will require surgery for a fractured ankle. Lee Nguyen scored in the 13th minute right off the free kick from that making it 2-0.

Any shots the Galaxy had were way off. They didn’t do anything with possession. LAG’s defense got the runaround.

The Galaxy did have chances and were threatening at times such as when Giovani Dos Santos had a shot on goal in the 41st minute and Ola Kamara had a good run but was called offside.

In the second half, Kamara was called offside again at the 49th minute.

Then, in the 63rd minute, G’s keeper, David Bingham, almost got the ball picked off of him as he was about to put it back into play. Ashley Cole was called off for Chris Pontius to make it a more attacking 3-5-2 formation. There was a lot of action for the Galaxy, but they just couldn’t deliver.

In the 76th minute, after a water break and Sebastian Lletget came on for Kitchen, LAFC’s Diomande got a shot right off the post.

Andre Horta made his LAFC debut in the 77th minute as a sub for Nguyen. The Galaxy’s subs made all the difference, but so did this one.

The Galaxy’s tension and spark finally paid off with a goal. On a throw-in from Pontius, Ibrahimovic got a run on the ball and a good cross to Romain Alessandrini, who was able to get it in to cut LAFC’s lead in half. He had been hustling as always and the sheer emotion as he clutched the crest on his jersey clearly showed on his face what the Galaxy fans were feeling.

Right after that, Tyler Miller had to make a massive save just after Kamara got on the ball.

In the 86th minute, Horta tried to play the ball back, but it got to Kamara who ran to an empty net, was calm and patient, and tied the game 2-2.

LAFC’s last chance came in the 89th minute as Horta had a shot off the post. Fans anticipated coach Sigi Schmid to use a third sub and were hoping that would’ve been Emmanuel Boateng, but he didn’t. That might’ve made a difference. Vela himself said post-match that if there had been 5 more minutes of stoppage time (in addition to the 4 that was given), LAFC would have lost.

This match only intensifies the rivalry. LAFC fans allegedly assaulted Galaxy fans at the stadium and there appears to have been some vandalism to seats. Fans on both sides need to be better. Security needs to be stepped up as well.

The Galaxy still remain unbeaten against LAFC and for the season are 4-3-3 on the road.

I was at the viewing party but my student attended the match. Photos are courtesy of him as accredited and are used with permission.