Latest goings on with MNUFC 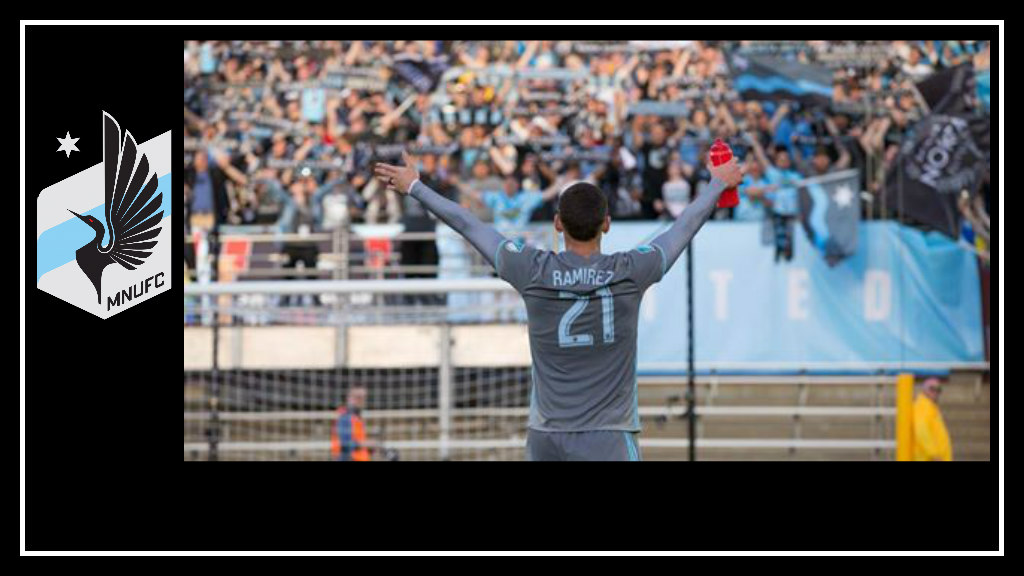 Saturday, August 4: MN United FC faced the Seattle Sounders for the third time in their short MLS history on a hot and humid night in Minneapolis. This time, the Loons came out on top in a low-scoring and messy, yet effective, match on home turf…

That is how I remember opening my gamer, which was half complete as stoppage time was announced. Unfortunately, my computer froze sometime after the 90-minute mark, then crashed, my words lost forever. But those words were rendered moot anyway when, early in the six minutes of announced added time, Minnesota gave up a penalty in an attempt to score a second goal, allowing Seattle to equalize on the other end of the pitch. Then, in the seventh minute of the added time, with Minnesota fans willing the ref to blow the final whistle, Seattle dealt the fatal blow, ending the match 2-1 in the last gasp.

The only part of my gamer worth salvaging was the first sentence: It was the third meeting, and was indeed a tad warm. I may also have noted that Darwin Quintero scored the beauty that put the Loons up 1-0 in the first half. And I may have mentioned the tifo display which turned the words of Seattle’s own Jimi Hendrix against them.

But the shade MNUFC Supporters threw at Seattle was overshadowed by another dark cloud (no pun intended). The benching of fan-favorite forward, Chris Ramirez, in favor of new DP Angelo Rodriguez, drew immediate criticism on Twitter and bolstered the transfer rumors bandied about during the week prior. No way we trade the face of the team, the soul of the club, half of the Dynamic Duo, our very own Superman!

But we did. On Monday evening, the news broke that Ramirez had been traded to first-year expansion club, LAFC, in exchange for at least $550,000, with potential bonuses, for a total of nearly $1 million. Hearts broke and tempers flared. With #HeathOut exploding, once again, across social media, some fans had a little fun in reaction to the Supporters versus Front Office battle lines. Inspired by the (manufactured) rivalry tees released by MLS, one supporter designed this:

There is only one rivalry. pic.twitter.com/yPF3ggHzZh

Though Superman’s departure is emotional for many fans, myself included, the trade makes perfect sense for both the club and for Ramirez’s career. Ramirez was one of four forwards, suddenly a position of depth after the addition of Rodriguez. Two of those forwards, Abu Danladi and Mason Toye, are still young and in development, desperate for minutes.

The trade frees up space for United to have a starter be backed up by one developing sub while the other goes on loan. That loanee was announced on Wednesday. Toye will go to USL side Colorado Springs Switchbacks FC, while remaining available for recall to Minnesota if needed.

The trade also gives Minnesota the resources (both TAM and GAM) to make other moves to shore up its roster. Many fingers and toes are being crossed in the hopes of a defensive acquisition.

And, it would be selfish of us to refuse to let Ramirez develop his career. He deserves more playing time and a manager who will help him develop his game rather than squandering his talent. He needs to find his confidence again and to earn the confidence of USMNT staff (he has earned a call-up to camp, but not a roster spot, which he deserves). LAFC checks both boxes. Plus, he returns, with his own young family, to his family home.

My family and I are Black & Gold. @lafc @lafc3252 pic.twitter.com/UWntKz2Gfp

And, so, a new chapter begins. For Ramirez, for MNUFC, for the Supporters. The Loons turn the page Saturday when they face the Galaxy in L.A.