All-Stars and MLS: From the sidelines 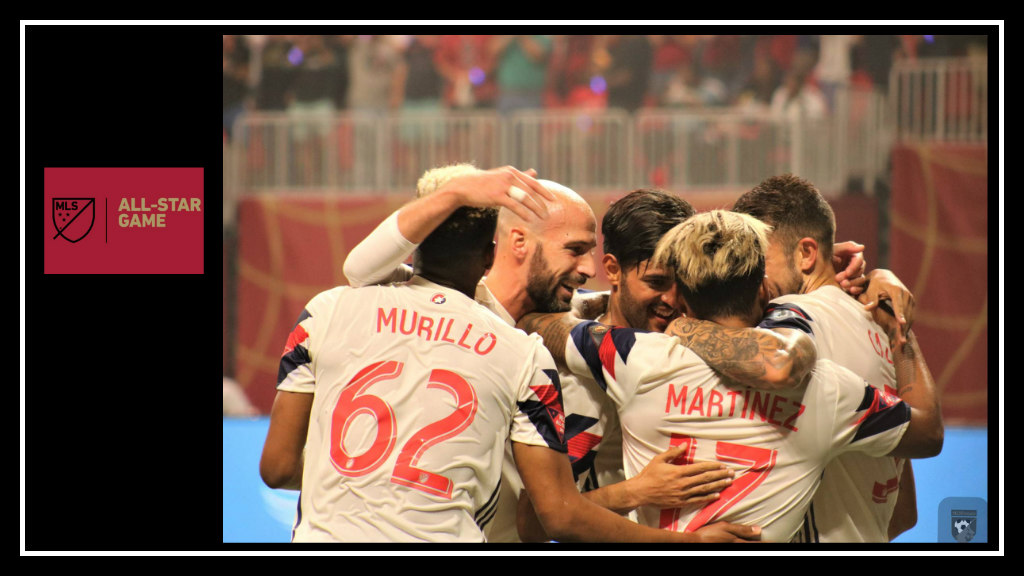 The MLS All-Star Game is the third biggest, yet most controversial event in Major League Soccer’s arsenal of annual festivities.  In the grand scheme of things, a midseason friendly, no matter the opponent, has very little to no clout and offers more risks than reward. However, this is America, and an All-Star exhibition game is about as American as you can get.

This year, the midseason clash between the MLS All-Stars and the Italian bigwigs, Juventus, led us to a showdown in rainy Atlanta, Georgia on Wednesday, August 1, 2018. In the weeks leading up to the match, the topic on everyone’s minds was the overall significance of the All-Star Game. I asked a few friends and colleagues to weigh-in with their opinions of the All-Star Game and here’s what they had to say:

“I’m of two minds when it comes to the MLS All-Star Game. On one hand, pitting our best players against a well-known European powerhouse draws more fans to our league, and ideally shows that we’re progressing in ability and quality with how we acquit ourselves in the friendly. The continued growth in fandom and support make MLS more viable as a major sport with key younger demographic groups. If you’re a fan of the league, you really have to appreciate that.”

“On the other hand, it’s a meaningless friendly in the middle of the season, where the players selected have little time to prepare and gel as a squad, making the possibility of a cohesive, well-drilled game plan difficult to realize and execute. There’s very little upside for selected players and greater risk of injury, especially when the game is played on turf. The game is held midweek during a brutal part of the schedule which doesn’t incentivize participation (so much so that a rule was created to punish those who skip it, even due to injury).”

“If I had a vote, I’d push for . . . a return to East vs. West [format] and make the outcome meaningful (e.g. home field advantage in MLS Cup Finals, or decide which leg to host in MLS Cup playoffs).”  –Dave K. (@kilsey on Twitter)

The last time Major League Soccer hosted an East vs West All-Star showdown was at the 2004 game in which the East defeated the West in a 3-2 match at RFK Stadium in Washington, D.C. In fact, there have been six “East vs West” All-Star games to date, with the East holding an impressive 4-1-1 record. As a proud supporter of one of the best teams in the East, New York City FC, I would be happy to see the return of East vs West format.

My MLSFemale colleague, Keira, echoed Dave’s opinions. However, her biggest complaint has not to do with the game itself, but with one of the rules surrounding it.

“A change must happen to the rules regarding missing the All-Star Game (ASG) for a documented injury. If you miss at least two games prior to the ASG due to injury, you should not be suspended from the next regular season game due to missing the ASG. It’s a punishment to players and their teams. The ASG should be a celebration of excellence in MLS, not a burden.” –Keira M.S. (@keiramunsmith on Twitter)

This ASG rule sparked some outrage in New York when it was announced that David Villa would have to miss the NYCYC’s regular season match versus Vancouver Whitecaps because he had to bow out of the All-Star game. Villa was coming off a six-game injury spell.

There is clearly a lot of room for improvement when it comes to the way the ASG is executed. While some people think a little restructuring would do the trick, others believe that a completely new blueprint might be the best option.

“I mean, All-Star games really are an American thing overall. The idea of this one kinda comes from MLB’s mid-summer classic . . . Personally, I think trying to Americanize soccer hurts it here; from scheduling to roster limits . . . What they should do is create an American Super Cup that pits the MLS Cup winners and the Open Cup winners together to start the season. Like the rest of the world does with their league winners and domestic Cup winners.” –Jeff W. (@J_Weisinger on Twitter)

For the players selected to represent MLS, the All-Star Game is the ultimate pick-up game. It is a chance for them to get together with their friends across the league, to set rivalries aside and enjoy a night of the beautiful game.

When Dudes in Blue co-host, Anthony Scarcello, asked Alex Ring what it was like to attend his first All-Star game, the New York City FC midfielder stated, “I think it was a nice couple of days seeing the guys from the other teams in the league. Playing a little bit, having some fun.” All in all, the game provides “a good opportunity to enjoy yourself a little midweek.”

With the debate seeming to end in a stalemate, at least until things undoubtedly heat up again next year, on what side of the coin do you land?  Should the powers that be package the MLS ASG in maple and drape it in the stars and stripes, or will a simple restructuring make it a more appealing event for players and fans alike?

As for me, this was my first year attending an MLS All-Star game, and I was fortunate enough to do so while representing MLSFemale. The All-Stars also presented a unique opportunity for me to network with other fans, photographers, reporters and podcasters from across the league, including a few of my MLSFemale colleagues. 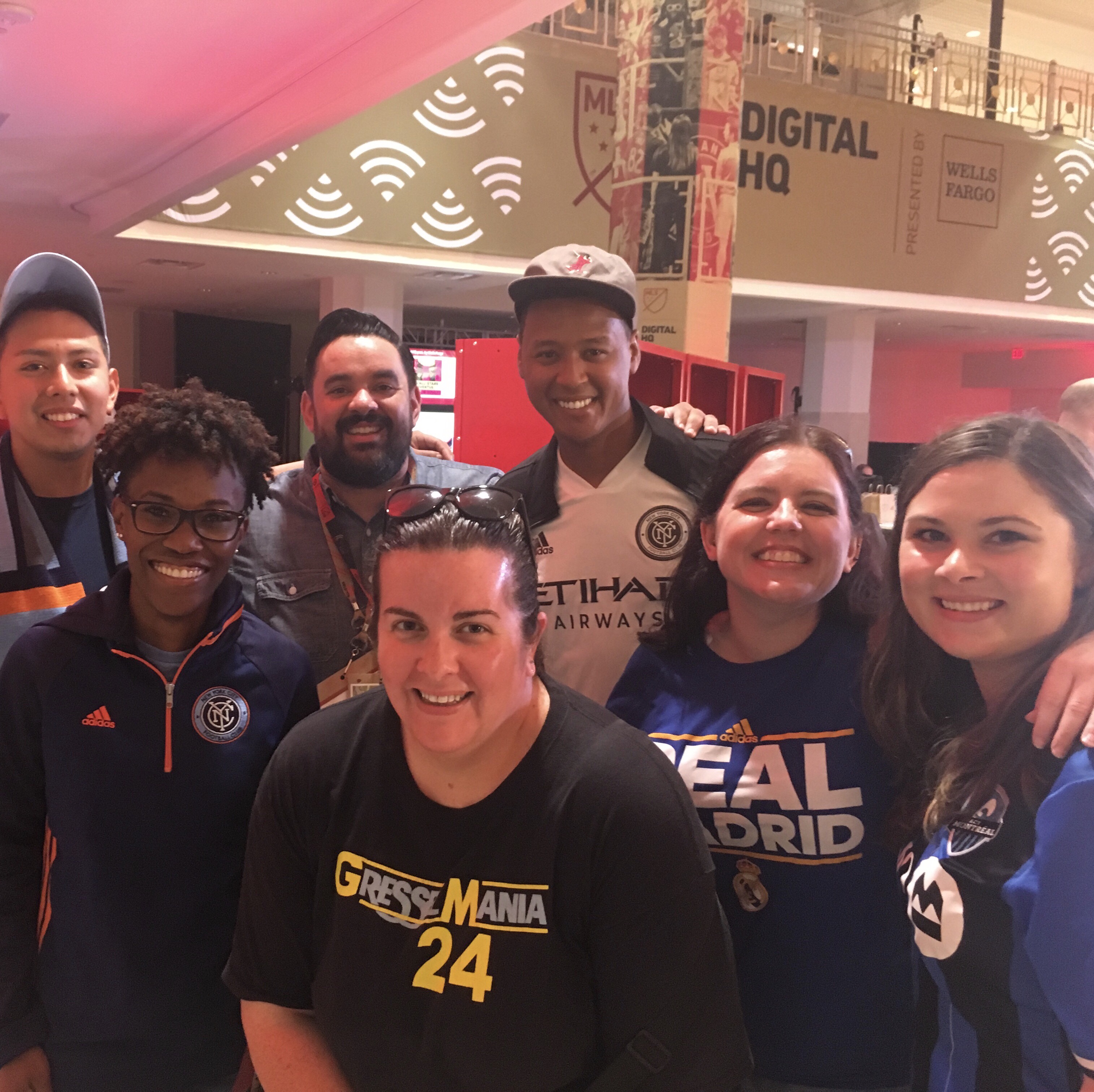 Pointless or not, the atmosphere inside the stadium was electrifying; all my senses were heightened. The thrill of flashing my “Photographer” media credentials to security as I roamed the belly of Mercedes-Benz Stadium was enough to give me the best heart palpitations. By the time the game started, I was already on cloud 9. The photographer sitting next to me who kept quietly chanting, “This is boring,” could do nothing to lull me out of my perpetual state of bliss, and neither could the star whose bulb blew at the absolute wrong time. 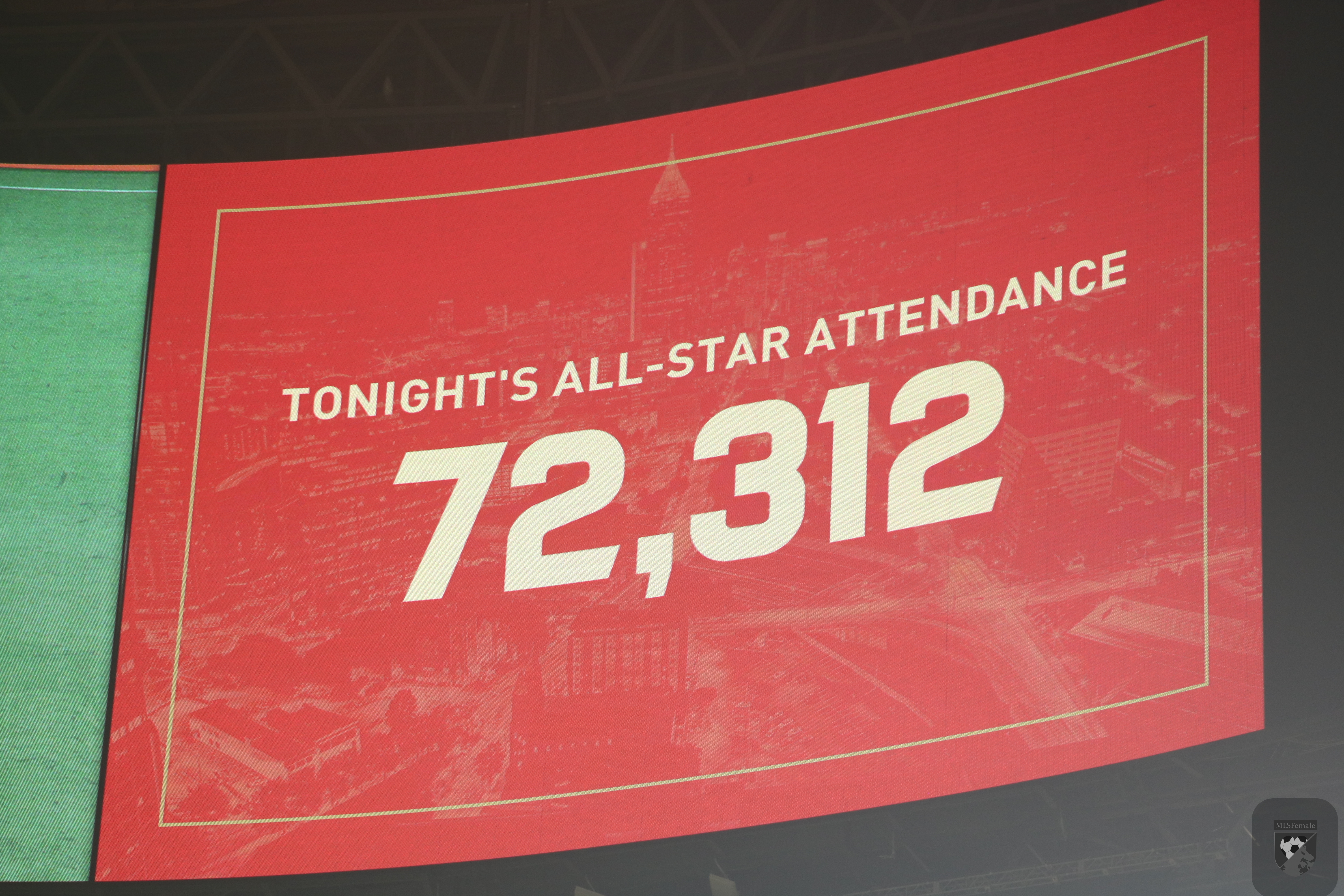