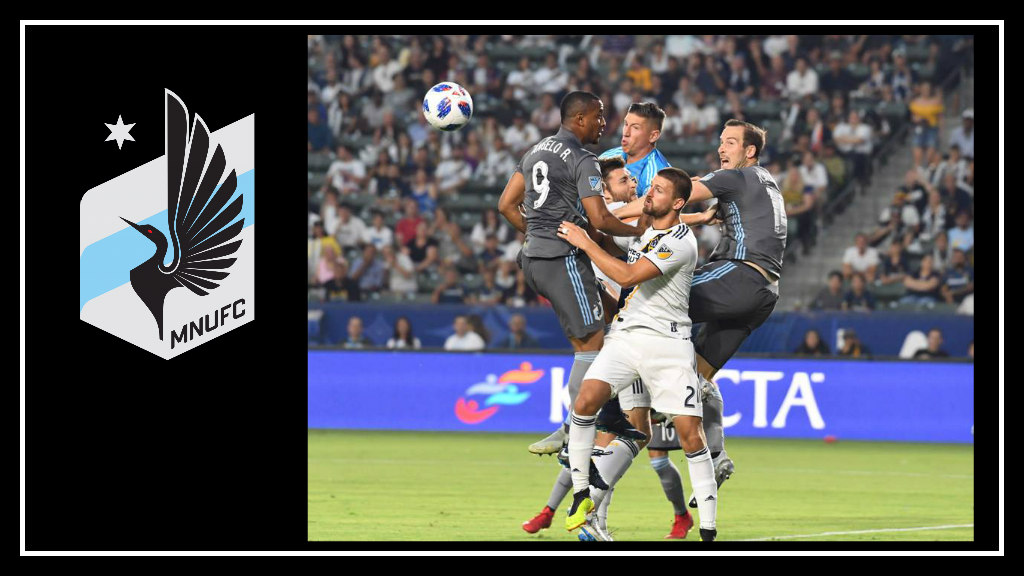 Minnesota United FC kicked off a long road trip on Saturday, playing their first match of the PS (Post Superman) Era against the LA Galaxy. While it certainly wasn’t pretty (Galaxy maintained nearly 61% of possession overall, had 19 shots to United’s 10 and forced 32 clearances by the Loons compared to their 13), it was surprisingly effective. The Loons left LA with their first road point since March 10 (a 2-1 win in Orlando).

It started out like a typical Loons road game. The home side scored early (Allesandrini, 7’) and a congested midfield struggling to complete passes and get into the final third all through the first half. When sideline reporter, Jamie Watson, asked Adrian Heath about his second-half game plan, Heath replied simply, “There will be changes at some stage, I think.”

Cool. A manager notorious for keeping his third – and, sometimes, second – sub on the bench right through the final whistle might make some changes. Indeed he did, but it took a while, so let me rewind.

The Loons rallied after the break and snagged a tying goal off of a… Set piece??? Yes, the Loons finally scored on the follow-up of a set piece, courtesy of Michael ‘Boxy’ Boxall. The human steamroller/defender got his head on a ball from Darwin Quintero and sent it through two defenders toward the far post in the 64th minute. His first MLS goal is worth watching a few times:

Sebastian Lletget made it 2-1 nine minutes later, but that tiebreaker initiated Heath’s promised changes. The midfield shifted when mid Romario Ibarra came on for defender Eric Miller in the 75th minute, then again when forward Abu Danladi came on for mid Collen Warner in the 79th. Both of these subs played a vital role in what I would say is one of United’s most impressive comeback rallies.

Danladi, after a long run through the midfield in the 84th minute, sent a pass over the defense which found Romario at the far corner of the box. Romario, with one touch off the inside of his right boot, notched his first MLS goal. 2-2.

Then it got messy.

Not only will United be without Warner (yellow card accumulation) in Dallas this weekend; they will have to do without Francisco Calvo, who was ejected after he tossed the ball in the air in frustration with what should have been a quick restart in Galaxy’s half. Somehow the ten-man Loons held off a Galactic comeback and secured the point.

MNUFC did get an assist from Galaxy DP, Zlatan Ibrahimovic, who did nothing in this match worth writing about here. Despite the usual United defensive issues, Boxy and Brent Kallman were both solid that night. Boxy may have earned the official Man of the Match title for taming ‘The Lion,’ but BK was mine after a full 90 minutes of, literally and figuratively, laying it all on the line to guard the box.

Can United earn a point, or three, against FC Dallas this weekend? Crazier things have happened.