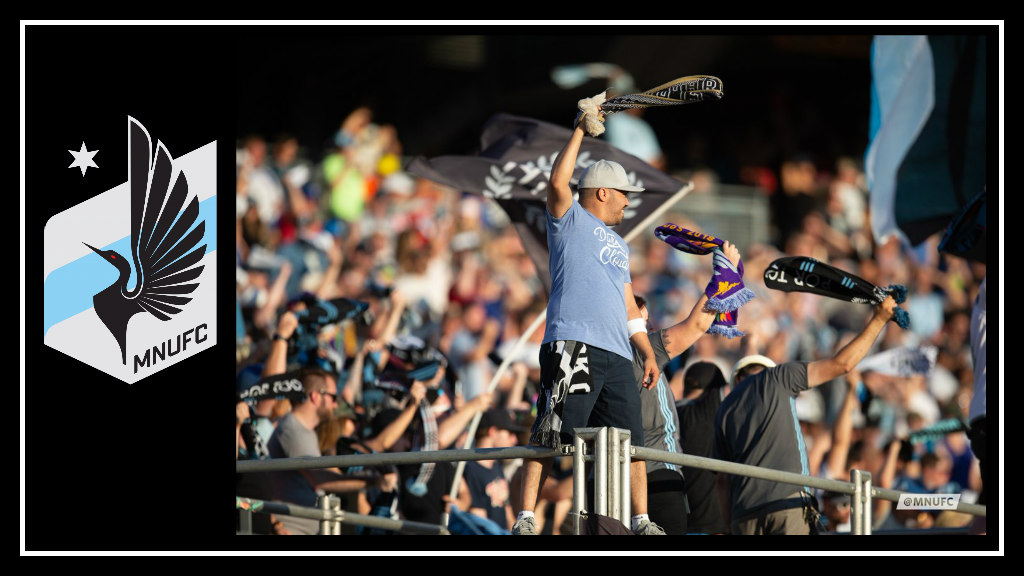 It has been a busy week in the North. Since I failed to keep up on sharing the news, even via Twitter, here is my witty attempt to catch us all up before the Loons face FC Dallas. The Northern (High) Lights:

Swiss defender Jerome (Jerry, to the fans) Thiesson has finally returned to full duty after a two-month hiatus. Jerry last played on May 20, a home match against Sporting Kansas City, before being sidelined by a nagging calf injury. A few comeback attempts were thwarted by setbacks, but Jerry was seen training with the rest of the starters this week and was not included on the Out or Questionable lists released ahead of the squad’s flight to Dallas. His return is timely, given Francisco Calvo’s red card suspension.

“What is this? What do I do with this?”
🤪🤣
Contrary to how this pic looks, I‘m beyond thrilled to have made a full team training week! Wish the boys a gr8 and successful game tonight and looking forward to work hard to be part of the group asap 💪🏻#MNUFC #loons #road3points pic.twitter.com/N5zmpmhuWm

Christian Ramirez, traded last week to expansion club LAFC, made his first start (second appearance) for the club on Wednesday night against Real Salt Lake. With all of Minnesota watching (and a few LAFC fans), the forward scored two vintage-Christian goals to lead his new club to victory, 2-0, and earned himself Man of the Match. RSL keeper, Nick Rimando was pulled from the game at the break, and there is some debate amongst United fans whether the cause was more likely to be an injured hamstring or injured pride (he conceded two to Christian at TCF Stadium just a few weeks ago). My money is on a combination of the two.

Bertrand Owundi Eko’o was sent on loan to USL side Charlotte Independence, this week. Though the deal includes a recall option, it is unlikely that MNUFC will exercise that option on this defender, given that the only action Eko’o has seen since the start of the MLS regular season was the July friendly against Saprissa of Costa Rica. The Cameroonian international was a high-profile signing during the Loons’ preseason, but he is expected to close out his season in Charlotte.

MNUFC revealed early this week that an international trialist was participating in closed-door practice through the week, but declined to reveal his name or even his nationality. Media present at open sessions did discover that the unnamed trialist spoke Portuguese. Rumors ran rampant until The Athletic MN reported, on Tuesday night, that the mystery man was Brazilian Fernando Bob.

Supporters rejoiced over Bob’s position and his name. Not only are the Loons sorely lacking in the position of defensive midfielder, but Bob gives fans another opportunity at utilizing an Abba song (‘Can You Hear the Drums, Fernando?’ was being tested out until Luiz Fernando Ferreira Maximiano chose to play as, simply, Maximiano) in addition to a plethora of Bob-centric themes (one front runner is ‘Bob the Builder,’ a fact I share with you so that the tune may infest your nighttime thoughts as it has mine).

You are very welcome.