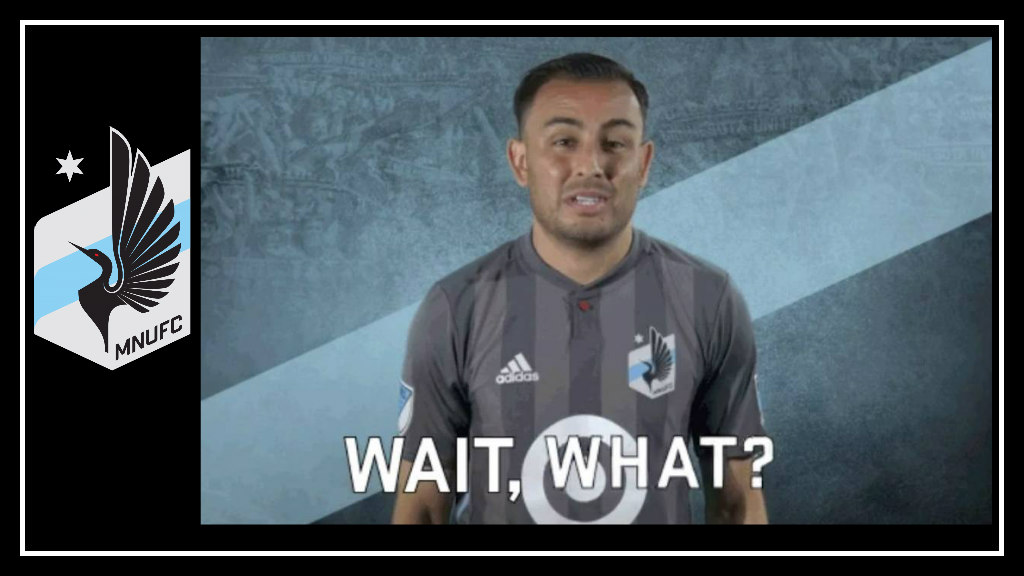 The Loons flew south this past weekend to face first-place FC Dallas. They were probably eager to get the match over with, to take any points they possibly could against the western conference leaders and move on with their road trip. In so many ways, it was a disappointing night.

A handful of players needed to make an impression in this match for a chance to earn more appearances in the lineup once the starters they replaced that night returned. With defenders Francisco Calvo and Collen Warner on suspension, and forward Darwin Quintero on the injury list, MNUFC rolled out a unique 4-3-3 with Franz Pangop getting his first start alongside Angelo Rodriguez and Collin Martin. Romario Ibarra – who scored last week – and Heath Harrison – who has been struggling for minutes – were the bench.

Bobby and the Boys

Intriguing. But we had to wait a while to see how that would work out. Set for a 7 PM kickoff, rain and lightning caused a weather delay which stretched on for more than two hours.

Live look at the current conditions at the stadium. #FCDvMIN ⛈ pic.twitter.com/ixYW4KxZz9

Here’s a gif of Abu jamming out to Bob Marley pic.twitter.com/aRpCevO486

After following along with the waiting game on Twitter for two and a half hours, I waited just long enough to see that the game would happen. Once kickoff was confirmed for 9:40, I went to bed. And I am glad I did.

I opened Twitter right away on Sunday morning with the hope that the first dozen tweets in my feed wouldn’t involve lyrics from Simon and Garfunkel’s ‘Sound of Silence.’ Here’s just a small sample of what awaited me:

Update: two-thirds of the #MNUFC midfield have been shown yellow and Schüller isn’t one of them yet. #FCDvMIN

Probably to general surprise, Pangop was dynamic in his first ever #MNUFC start. His pace and dribbling gave the Dallas defense, especially the plodding Matt Hedges, a lot of trouble. But his end product was attack-killingly bad. #FCDvMIN

#Mnufc lose 2-0 after the rain delay and continue the traditions of melting on the road, weird formations and player decisions, weird ways to concede, and nearly taking themselves out of the playoffs. Positive is didn’t concede first 10min? #FCDvMIN

Minnesota lost 2-0, after conceding one goal in each half. So the defense wasn’t great (though Brent Kallman did earn Man of the Match) and neither was the attack.

I pulled up the club’s recap and press release to see what Adrian Heath had to say, always the most intriguing part of the post-match experience. I puzzled over this statement all day:

“The unfortunate thing at this moment in time,” said Heath, “we had no Calvo, we had no Quintero, no Molino, no Ethan Finlay, no Sam Cronin. We aren’t strong enough and deep enough to cope with five of our best players not being on the field and that’s the harsh reality. It’s another reminder that we have to get better. We’re not where we need to be or where we want to be at this moment.”

The absences of Calvo and Quintero are notable. However, citing the absences of the other three players is a bit strange. The Loons have been without Kevin Molino since his ACL tear on March 10, without Ethan Finlay since April 22 (also ACL) and without Sam Cronin for over one year as he deals with neck and concussion issues.

United has had two opportunities to bring in suitable replacements for Molino and Finlay and, considering the club’s passion for signing depth at midfield (winger, winger, winger), it is strange that the absence of those two mids would be cited as an obstacle to overcome now, more than four months later. The Loons have managed to string together some wins since those season-ending injuries, so that is no excuse for whatever happened on Saturday night.

(No, I still have not watched the match.)

How MNUFC utilizes newcomer Fernando Bob in the no. six spot will be a good barometer of how the club plans to move forward. The success (or lack thereof) of attacker Angelo Rodriguez and defender Fernando Bob could set the tone for how the club moves forward in both the remainder of the season and in terms of the ‘three-year plan.’ If that plan involves shifting into another 4-3-3 around these two…

Well, let’s not go there just yet. I have not yet found a cover of ‘Sound of Silence’ with a suitably depressing tone.