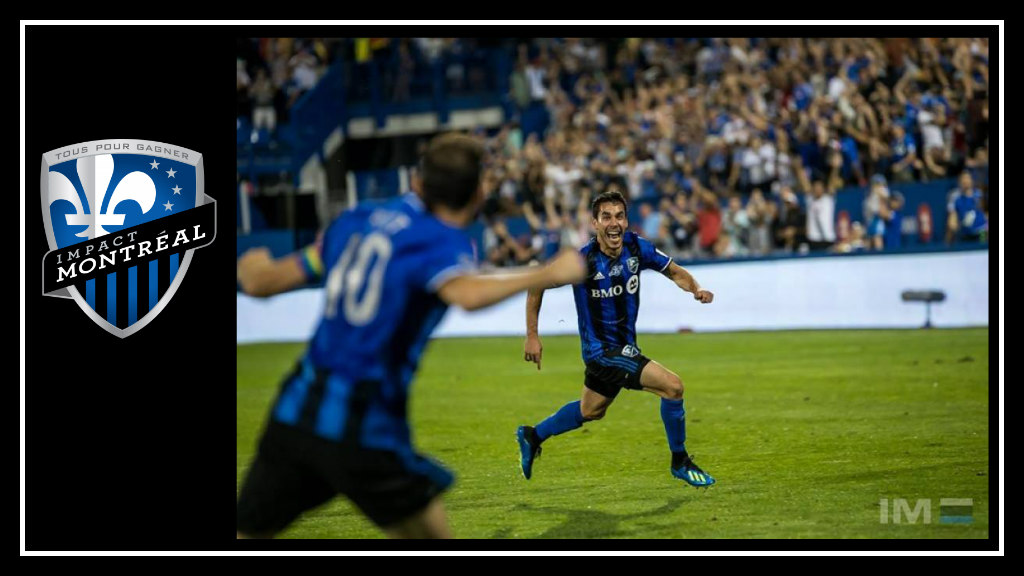 It seems as though the Montréal Impact love to keep fans on the edge of their seats. After several tumultuous weeks – mixed with disappointing results and the excitement of a few new signings – Chicago Fire were in town. Chicago had spent several weeks in a losing skid, but Montréal is also the team who helped the Fire break a 2-year winless road game streak back in 2016, so nobody knew how the match would go.

New arrival Bacary Sagna made his début at right back. After nearly constant turnover at this position throughout this season, with moderate success at best, Sagna’s Premier League pedigree was a welcome change in the lineup. Of course, there were concerns about his ability to keep up having arrived less than a week before the match, with no games played since May, and at 35 years old. Most, if not all, eyes were on him.

The Impact started the match brightly as they had in their previous home match, a draw against DC United. Saphir Taïder drew a penalty from Bastian Schweinsteiger after some very attractive passing play. Ignacio Piatti subsequently hit the back of the net, putting the Impact in the lead. Much as had been the case in the DC match, having scored early, the home side seemed to take their foot off the gas. Chicago had more possession of the ball and spent a good portion of the first half buzzing around the Impact’s 18-yard box.

Worse yet, the Fire dug deep and shifted into high gear after returning from the half-time break. The Impact remained lethargic and conceded the game-tying goal after Nemanja Nikolic struck home a rebound from Evan Bush’s save. It was déjà vu for Impact fans who had seen the DC match – down to the tying goals being scored in the same minute of both games. Fans had seen this situation just two weeks ago, and it looked as though Montréal were about to give up three vital points at home.

Finally, the team woke up following the goal. Substitutes Quincy Amarikwa, Micheal Azira and Jeisson Vargas all helped the Impact lay siege to Chicago’s offensive third. Urged on by the fans’ boisterous cheering, Montréal peppered the area around Ricardo Sanchez’s net without striking the target.

In the dying instants of the match, the Impact earned a corner. It was now or never. The noise in the stadium rose even higher. Vargas struck the dead ball into the midst of a pack of players. A Chicago head cleared the ball, and Daniel Lovitz hit it on the volley, directly into the bottom right of the net.

The stadium erupted as Lovitz took off to celebrate with pure, unadulterated joy. It had been some time since such a ruckus broke out following an Impact goal! As Jukka Raitala had done the week prior, Lovitz scored his first MLS goal, and it may well prove to be a crucial goal in the increasingly tight playoff race.

As for Sagna? He worked up and down the right side of the pitch tirelessly, despite the lack of game time he’d had leading up to the match. It is still too early for him to have the chemistry that other players share, but he certainly staked his claim to the starting right-back role, with a performance that earned him the Man of the Match Award.

Thank you for that amazing nitght at Saputo’s stadium.. and thanks guys for voting me man of the match.. already thinking about the derby next saturday .. @impactmontreal pic.twitter.com/9xPjeVGXwf

Up next is another incredibly important match, of course! Not only are Montréal visiting Toronto FC, enemy number one, the points on the line are bound to have massive implications in the Eastern Conference playoff race.