The rivalry match that wasn’t for IMFC 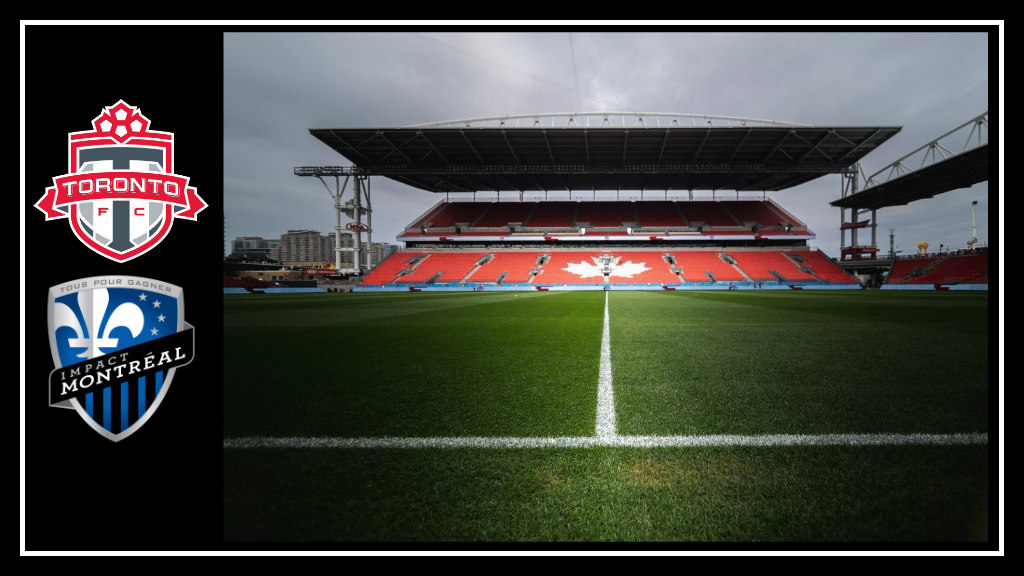 At long last, Rivalry Week was upon us. This is a time Montréal Impact fans and Toronto FC fans alike look to on the calendar upon its release, because the feeling is fierce. Beyond the two clubs, beyond sport as a whole, a cultural rivalry between Montréal and Toronto has simmered for countless years. To say that rivalry matches are special ones is an enormous understatement.

As Toronto spent a large part of the season on their heels, with the Impact the higher-placed team in the Eastern Conference, fans looked toward the road match with particular delight. BMO Field is notably hostile to Montréal, with the Impact having won there only twice, but what better time was there to put a nail in the coffin of a rival’s playoff hopes?

On Saturday, Rémi Garde presented his lineup an hour before the match, and it was a baffling one. Ignacio Piatti was placed as the central striker, with Saphir Taïder shifting from central midfield to the left wing of the typical 4-3-3. I stared stupefied at such a lineup wondering if Garde was a genius or a madman. Our two Designated Players were moved out of position, and the weakened midfield core would have a Herculean task ahead of them to try and dictate play.

The fact that the lineup did not work was evident from the start. TFC’s 4-4-2 diamond populated the midfield, and it was too much for Piette, Azira and Krolicki to gain any control over play. The Impact were clearly out-of-sync, and lingered too long in making crucial decisions which led to turnovers. Their lethargic start – yet another one! – was punished by 3 TFC goals within 30 minutes of play. It was as though any play a Bleu-Blanc-Noir player attempted was the wrong one.

Shortly after the home team took a 3-0 lead, Alejandro Silva scored a wonderful counterattack goal to light a glimmer of hope that Montréal could find a way back into the match. The end of the first half would see the Impact hit the woodwork on a free kick, and have two goals disallowed for offside.

Quincy Amarikwa came on for the thoroughly overwhelmed Ken Krolicki at the start of the second half, allowing Taïder to move into a more effective role, and the Impact laid siege to the Toronto half of the field for the final 45 minutes. However, no Impact player was able to make the difference. A succession of corner kicks went unclaimed, and for the goals that needed to be scored, disturbingly few balls entered the 18-yard box, as players elected to dither around the edges until they turned over possession.

In the wake of the defeat, blame is being thrown around all over the place. Piatti had a truly disastrous evening, one of his worst in recent memory – how did he remain out there for 90 minutes? The Impact players were incredibly slow and made poor decision after poor decision – what was going through their heads? Once again, the Impact’s lack of a proper striker was glaringly obvious – how did the ball get dropped on such a crucial role to fill during the transfer window?

This match was of enormous importance, both for team pride and in the playoff race – why did Garde choose such a match to experiment with his lineup? We likely won’t get answers to many of these questions, certainly none that will satisfy Impact fans.

The Impact’s fate is essentially out of their hands now, even though they are 4 points clear of the playoff line. The teams chasing them all have at least two games in hand, as do fifth-placed Philadelphia. The Impact now have to contend with a venerable New York Red Bulls side next Saturday, who will have even less mercy for an ill-prepared team with a shaky mentality.