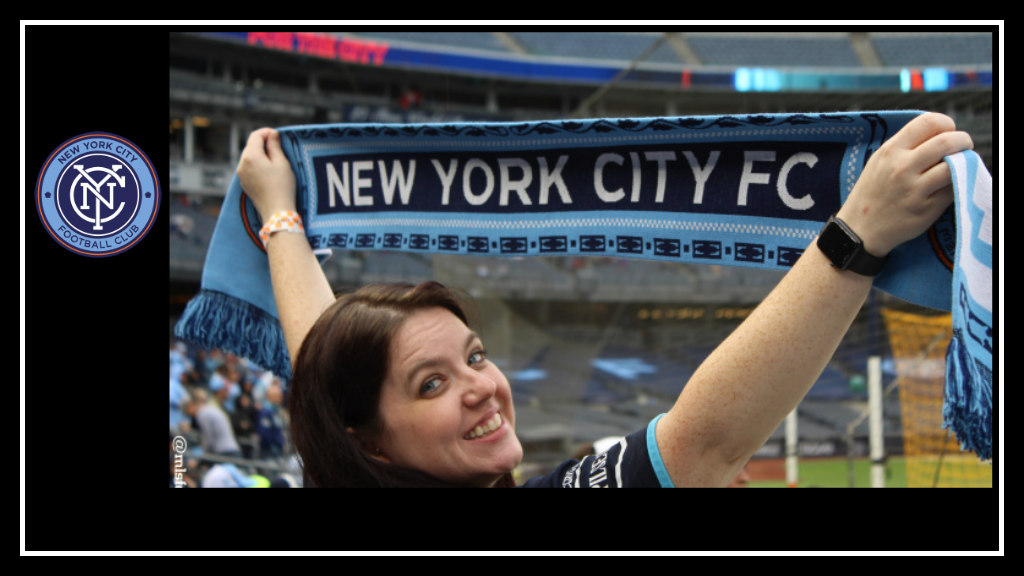 Sometimes you need fresh eyes to appreciate what you have.  Jess Houwen the MLSFemale reporter for Colorado Rapids arrived in New York City on Saturday and breathed some much needed fresh air into my outlook regarding the New York City Football Club experience. My big takeaway is that sometimes you don’t need to veer too far off your regular path to see things a different way.

After meeting up with Jess and my NYCFC sister Tisha Gale outside Penn Station, we hoofed it to Times Square. Yes, the place that most New Yorkers avoid at all costs mostly due to the slow-moving tourists and scary faux Hello Kitties accosting you for a photo. We had a few hours to spare before the NYCFC game against DC United up in the Bronx.

We popped into the M & M store on Jess’s promise of to-die-for coffee flavored candies. Sadly, they ran out of the coffee M&Ms but the caramel and the mint crunch ones are pretty damn good.  If I’m being honest, the walls covered in giant tubes of brightly colored candies were a sight to behold.  A place I normally zoom past without thought, I can now appreciate.

Another highlight of our pre-gaming tour was Tisha spontaneously juggling a soccer ball in the Adidas store to the amusement of fellow shoppers. 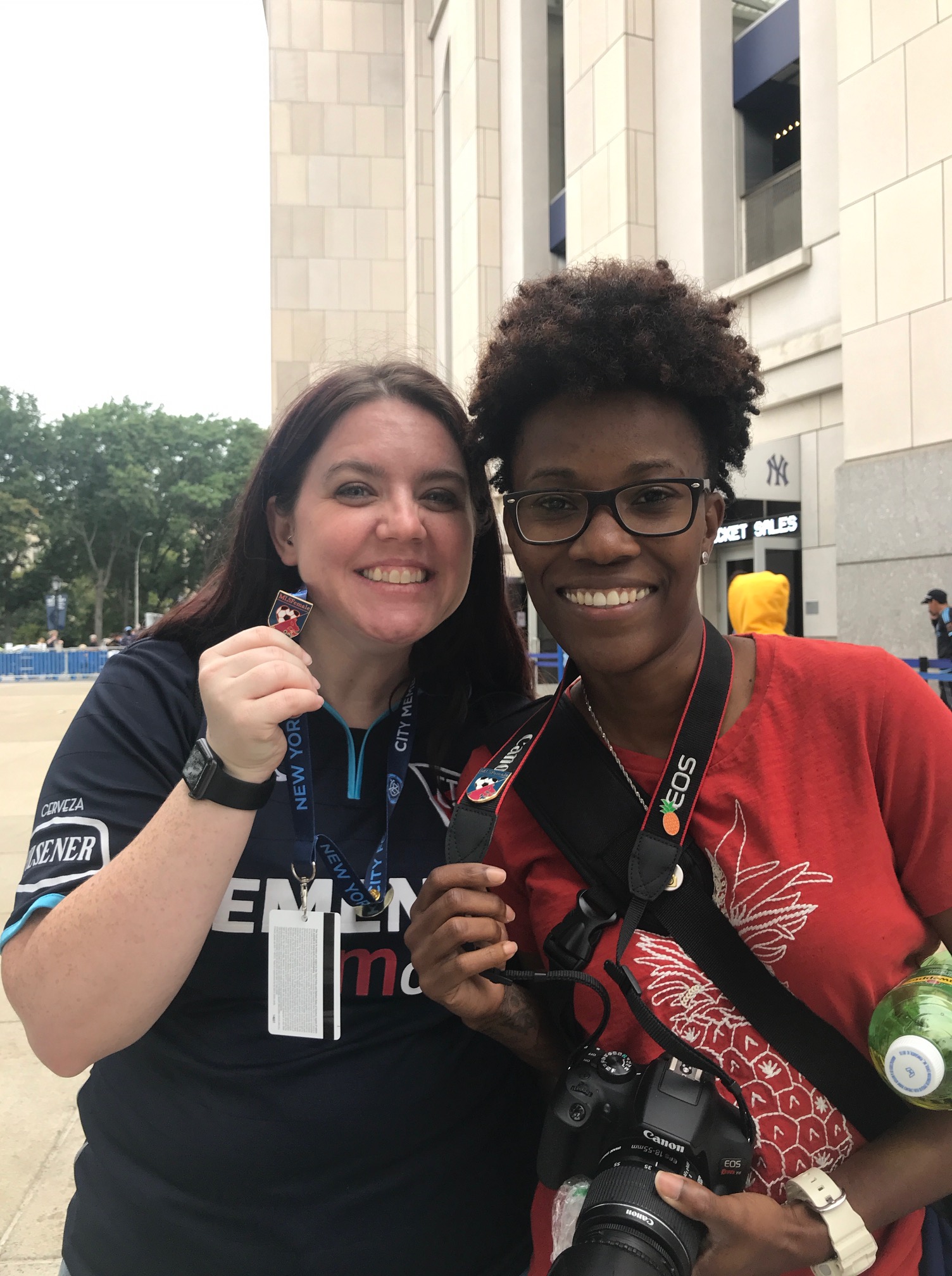 Onward and upward we headed to the stadium on the 4 train.  Jess, embracing her inner New Yorker, purchased her first NYCFC scarf and became an NYCFC fan for the day (or maybe longer?).  I was excited to catch my first glimpse of Wayne Rooney and see how he and David Villa would match up this time. Of course, I went in low-key nervous as NYC was missing more than a handful of players due to injuries and international call ups and DC has been recently invigorated by the arrival of Rooney.

In the first half, we sat in my seats which are behind the goal, opposite the supporters’ section and we saw strong indications of deep respect and friendliness between Villa and Rooney.  On one occasion where the referee Kevin Stott was considering calling an offensive foul on Villa who was actually taken down by a DC player, it appeared that Rooney was intervening on Villa’s behalf.

Still scoreless going into the second half, we switched it up and watched from the supporters’ section, which is Tisha’s view of the game.  180 degrees from where I normally spectate and a world away, I got completely sucked up in the drums, the chants, the excitement and the frustration.

While we were in the bleachers, City was scored on by DC’s Steve Birnbaum in the 58th minute via a gorgeous free kick service by Rooney.   Then at the 86th minute, Villa leveled the score on his world-class shot, also from a free kick.  Pain and then joy experienced from another angle and with a different crowd.

The match ended in a 1-1 draw and while fans in the supporters’ section more openly and creatively expressed both frustration with the poor shot accuracy and simultaneous relief at grabbing a point, those same emotions were felt by most NYCFC fans regardless of the seating area. From both of my vantage points, it genuinely looked like both Rooney and Villa enjoyed themselves.  Also from all angles, it was evident how solidly and intelligently James Sands plays in midfield, which is a big deal for the growth and development of the team and club.

It’s worth mentioning that DC United scored on one of two total shots while NYCFC’s finishing continued to seem cursed with only one goal out of  31 total shots.  This is on the heels of NYC’s loss to New England Revolution this week despite outshooting them 27 to 11.

City’s next match is away at Montréal, which I will be attending, on Saturday 9/22.  What we are clearly lacking right now is finishing ability.  We aren’t that far from our early-season dangerous attacking form.  Let’s hope that those players returning will bring a fresh perspective to get the team completely back to fighting form.