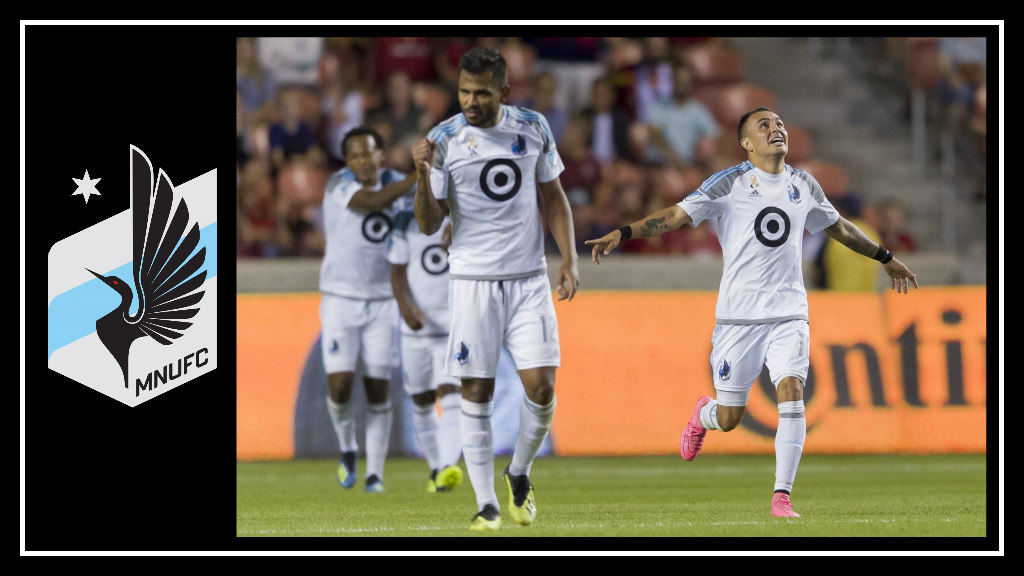 Minnesota United FC returns home this week after a five-game stretch on the road and, boy, do they need to be home. The final match, at Real Salt Lake on Saturday, doubled the number of points the Loons packed for the trip home: Two.

But let’s shelve RSL for a minute. On Wednesday night, MNUFC visited Audi Field for the first time and played everyone’s least favorite United club in front of a hurricane crowd, or rather, a few DC locals and a large contingent of Dark Clouds. Unfortunately, Minnesota’s performance was nothing to blow them away.

Despite DP Angelo Rodriguez putting the Loons up one-nil in the 47th minute, his first (and long overdue) MLS goal…

…DC would later level the score, then gain the lead, in just under four minutes.

Further souring the loss was the early exit of Jerome Thiesson. The defender collided with a teammate just minutes into his return from a lingering injury and left the match with a (to-date) undisclosed ankle injury. While his teammates boarded a plane to Utah, Thiesson flew home.

Things were slightly better a thousand feet above sea level, once you got past an incoherent lineup, (yet another) injury to striker Abu Danladi, (yet another) early conceded goal and the usual confusion over Adrian Heath’s substitution tactics (Danladi was the only Loon to exit). Though now that I think of it, we may never get past all that. Anyway.

In the second half, Miguel ‘Batman’ Ibarra celebrated Batman Day right, with two late goals that leveled, then elevated, the Loons. But we are not allowed to escape the Darkness and this beauty was disallowed after an eternal VAR review erased it from the scoreboard. Darwin Quintero was just a hair offside when he served the ball:

Thiesson speaks for us all:

Yeeeeeessssssssss
What a finish!!! We’ll deserved for @Migue10Ibarra !!
Now let’s get another one!💪🏻🔥🍀

MN United FC returns to the U of M on Saturday, September 22, to face the Portland Timbers on friendly turf. The Supporters have stepped up their tifo game this week so one can only hope the players and coaching staff will step up their game as well. Playoffs may be out of the picture, but the Loons still have an opportunity to renew the faith of diehard fans before closing out Soft Open 2.0.