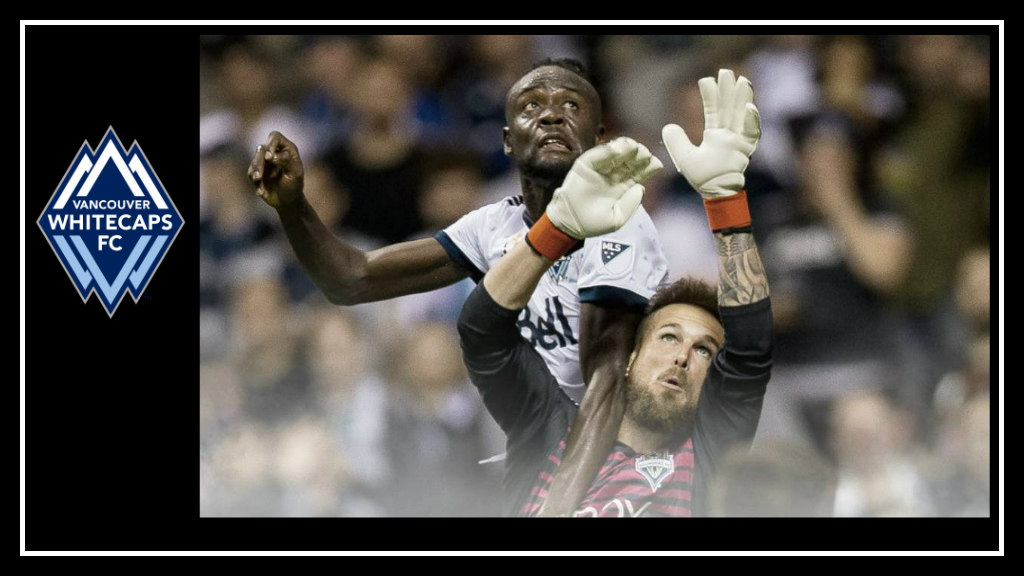 It’s been a tough few months in Whitecaps-land.  With a record of 3-3-1 in MLS league play since the beginning of August, things don’t seem terribly dire on paper, but with the Vancouver Whitecaps currently sitting in 7th place in the West, it will be a nail-biter for the Supporters during the last six matches of the season while they await results from around the league to determine whether the Whitecaps make it into the 2018 playoffs.

The last eight matches have provided both unbelievably heart-wrenching lows and spectacular highs. From a déjà vu-inducing equalizing own goal from Doneil Henry in dying seconds in the home leg of the Voyageurs Cup against Toronto FC and a 5-2 shellacking at BMO Field that saw Toronto hoist the V-Cup for the third time in as many seasons, to a hard-fought 3 points won at Providence Park against Cascadian rivals, the Portland Timbers, and an epic 3-2 come-from-behind win in San Jose during the first of back-to-back fixtures against the Quakes, the Whitecaps may need to start printing a warning on their tickets for people with heart conditions.

The #RobboIn and #RobboOut camps have been out in full force this season, and the last few weeks have been no exception. There were rumblings in August that anything less than hoisting the Voyageurs Cup would seal Carl Robinson’s fate as Vancouver’s manager; however, the Alphonso Davies deal may have bought the gaffer his job until the end of the 2018 season.  Heading into Cascadia derby weekend, Robinson was quoted as saying, “There’ll be freshness in the game, as with all derbies. Whenever you play Seattle or Portland there’ll be energy, mistakes, wrong decisions, and it’ll be down to the players as to who will win the game,”* a quote which hasn’t sat well with Caps’ fans.

When @SoundersFC and @WhitecapsFC meet this weekend, Carl Robinson expects “there’ll be energy, mistakes, wrong decisions, and it’ll be down to the players as to who will win the game.” https://t.co/vDgWF1tGaf pic.twitter.com/iejjYiuu8R

This past Saturday, Seattle Sounders visited BC Place for one of Caps fans’ favourite weekends of the year: Cascadia derby weekend.  For these matches, calendars have usually been cleared for months and the supporters’ pubs are fully booked with day-long reservations.  But this year was different.  With an abbreviated Cascadia schedule due to the addition of Los Angeles FC to the Western Conference, the Caps found themselves playing Seattle and Portland only twice this season.

These matches should have meant that much more yet the apathy Vancouver has been experiencing all year long continued to grow.  The Supporters pubs were eerily quiet and events around match day were wholly uneventful.  Fortunately, the lower bowl at BC Place was still sold out and there was a lot at stake: with a draw or a win, Seattle wins the coveted Cascadia Cup.

The first half saw two Seattle goals with Raúl Ruidíaz scoring for the Sounders in the 21st and 42nd minute.  The Caps were able to claw back a goal with an incredible header from Kei Kamara but ultimately, the Caps fell short and the final score was 2-1 Seattle.

In terms of “worst case scenario” this was it for two of the three Cascadian teams as the Portland Timbers sent representatives to Vancouver to hand off the Cascadia Cup to the 2018 champions, the Seattle Sounders.

There is still ample opportunity over the next six weeks to make a smash-and-grab run at one of the Western Conference playoff spots but, as Robbo so aptly put it, it’ll be on the players on the pitch to want it enough to bring home as many of the available 18 points as possible.