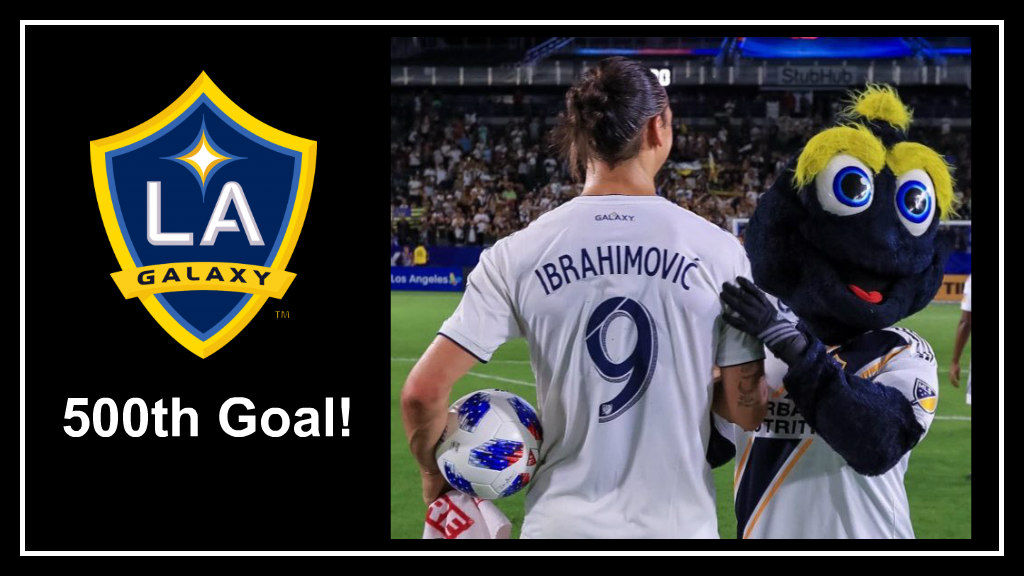 The match against Toronto FC was the Los Angeles Galaxy’s first this season and the first with Dominic Kinnear as interim head coach after Sigi Schmid stepped down.

LA were down in the first half by three goals, until the last few minutes before stoppage time when Zlatan Ibrahimovic scored his 500th career goal.

In the second half, Michael Ciani was brought on for Jorgen Skjelvik. In the 56’ Ola Kamara scored a header on an assist from Jonathan Dos Santos.

Rolf Feltscher leveled it in the 58’ with another nice header serviced from Ashley Cole to make it 3-3. It seemed as though the Galaxy could make a comeback. Adis “Baggio” Husidic was subbed for Bradford Jamieson IV and then Emmanuel Boateng came on for Perry Kitchen. In the 75’ the bleeding of goals resumed. Jonathan Osorio scored for TFC. Then, several yellow cards were given to the Galaxy. The final insult to injury was Jay Chapman’s goal in stoppage time.

QUITE the moment to score your first @MLS goal, Rolf.

This is another tough and embarrassing loss, but this one will be remembered for Ibrahimovic’s 500th. The goal was spectacular and in perfect Ibrahimovic fashion; a spin that was ballerina-esque and martial arts influenced.

Soccer giants such as Paul Pogba and David Beckham congratulated the Lion on his accomplishment.

ARE YOU SERIOUS? #Zlatan500 in the most Zlatan way possible. pic.twitter.com/CSvyF9vszv

Fans keep wondering how many goals LAG are going to allow and whether they’re playoff material. It does seem that when the team is behind, they fight harder and start scoring. Since Kinnear has been with the team as assistant coach, there was little chance that there would be a difference in the blue, white, and gold’s play or the defense. His starting XI put Ciani on the bench and we saw some players we hadn’t in some time, such as Husidic and BJV.

The coach isn’t quite the problem, though the G’s are in need of one now. The state of play just reflects the ongoing issues the club has had. Many fans are calling for an overhaul of the front office, specifically to get president Chris Klein out.

Winter is coming. We’ll have to wait and see what changes are to be made. Til then, the Galaxy’s next “must-win” match is September 23rd against the Seattle Sounders, who just had their winning streak snapped by the Philadelphia Union.

See you at kickoff this Saturday at 7:30pm.