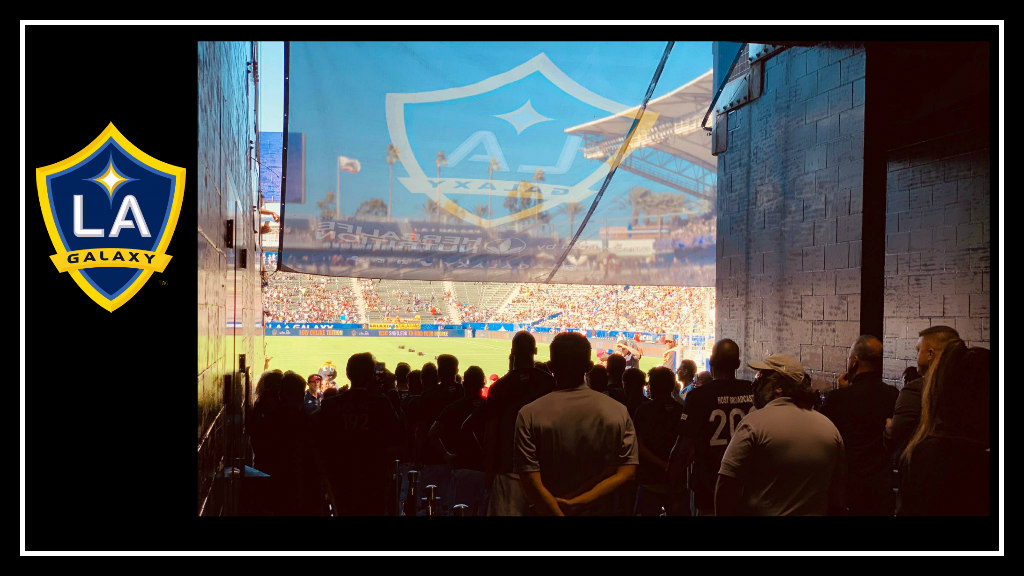 The match started off with a bang as 7-year-old Malea Emma Tjandrawidjaja sang a sensational rendition of the National Anthem that has since gone viral.

Going into this match, the Los Angeles Galaxy had a winless 7 game streak. Seattle Sounders had a 9 game winning streak until it was snapped by the Philadelphia Union on Wednesday. This surging team was struggling defensively.

So, this gave me hope that the Galaxy could pull off a win at home. When they’d last faced Seattle at Centurylink last month, they lost 5-0 without Zlatan Ibrahimovic and designated players.

Now, the Sounders were missing Chad Marshall and Harry Shipp due to injury.

The Galaxy changed its lineup with Daniel Steres. This was his first start since last September in 2017 when he suffered a back injury against The Rave Green. He definitely had a positive impact on the game, often clearing the ball or getting possession to move the ball up to create chances.

The Galaxy had come out strong despite the Sounders usual mid-low defense. Rolf Feltscher started what was a great game by pressing to get possession back and get the ball to Ola Kamara who then passed it to Romain Alessandrini in the center of the box. He ran up when opponent Brad Smith tripped Kamara, and both 11s were down in the penalty area.

A penalty was awarded. Ibrahimovic took it, keeper Stefan Frei went the other way, and his ball went into the right bottom corner of the net without a problem, putting the Galaxy in the lead 1-0.

The Galaxy continued to play with confidence, especially in their passing. Ashley Cole’s back pass in the 23rd minute and the team as a whole kept up the momentum after the first goal. The Galaxy’s defensive issues showed when Will Bruin had a shot but missed the header. He wasn’t covered by anyone at the back post a minute later.

In previous matches, the Galaxy weren’t used to being up and lately they haven’t been able to maintain a lead. So, then we had to see how the Galaxy would respond defensively.

The issues I saw watching this LA team were the way they rushed with the ball instead of taking it easy, maintaining control of the game, and not giving away possession with simple mistakes. They have no need to rush when they’re ahead! The other thing was not to give in to the other team’s strategies and play right into their traps.

At least they weren’t just trying to serve the ball to Ibrahimovic; instead, Boateng was getting a lot of the service.

The players really hustled on the field. Overall, the Galaxy had a great game. Alessandrini would sneak up the sides to keep possession or move the ball up, which helped him assist Ola Kamara’s goal in the 40th minute and Emmanuel Boateng’s in the 52nd minute.

Romain & Ibra work well on the left side to leave @OlaKamara with a tap in! #LAvSEA pic.twitter.com/4ibW02ftSh

Boateng, Dos Santos, and Rolf Feltscher were the MVPs of the game.

Boateng is small, but he’s fierce. When he has room to run, he uses his speed to get past defenders and take advantage of deflections. The goal he scored was kicked in across the line after a bad bounce off Román Torres.

Feltscher got a yellow and seemed to be so actively defending. He had quite a few blocks on shots.

As well as the Galaxy played, this does feel like a fluke. They have a temporary coach, Dominic Kinnear. We have to see how the next few games will go, especially to make the playoffs. At this point, drawing isn’t good enough because then other teams in the West would have to lose for the Galaxy to slip into the last qualifying spot. The Galaxy need to keep playing to win like it’s make it or break it (because it is).

With this win against Seattle, they are only behind by 3 points for the final playoff spot.

Featured image of the view from the tunnel: Roberto E. Lepe