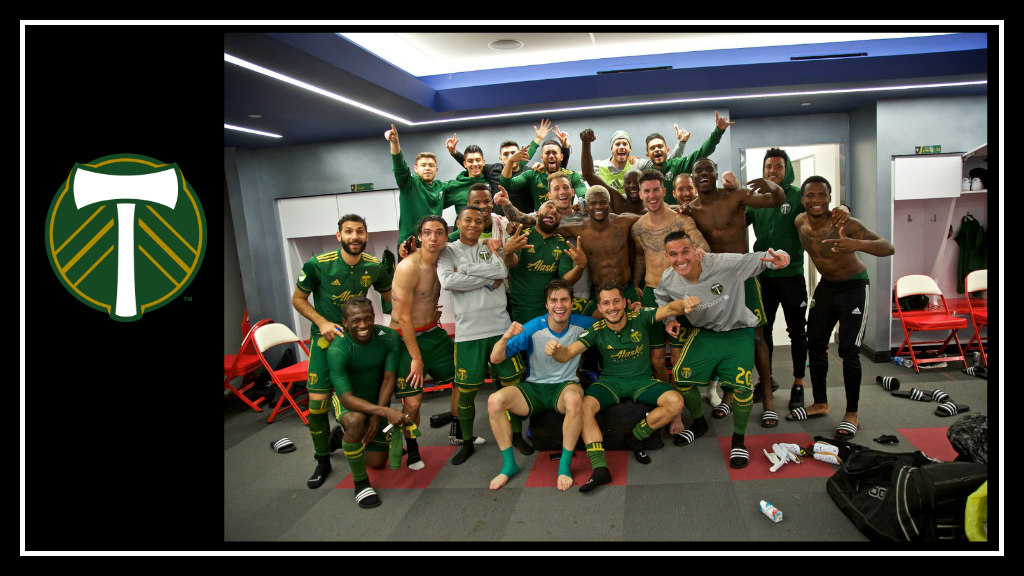 Coming off last Sunday’s 2-1 regular season defeat against the Vancouver Whitecaps, the Portland Timbers found themselves in a do or die play-in game on Wednesday night vs. FC Dallas.

While coach Gio Savarese’s decision to bench almost all of the starters in Vancouver was painful for fans to watch (trust me, I was one of them), it looked like the right decision when fast-forwarded to Frisco Wednesday night. All of the veterans were back, rested, and ready, as opposed to Dallas’s squad, who played plenty of starters at higher altitude in their loss to the Colorado Rapids in Commerce City just a few days before.

This was a pretty stressful game (okay EXTREMELY stressful game) to watch as a supporter, aside from the obvious pressure resulting from it being either the gateway to the playoffs or the end of the team’s season. The Timbers got beat in nearly every stat (possession, time in the attacking half, time in the final third, completed crosses…) and spent about 40 minutes of the match down a man. In the end, though, the only stat that matters is the scoreline, and thankfully the Timbers came away with a massive win.

Sometimes when a team gets beaten in overall possession it isn’t really a big deal, because the team’s plan is to sit back, absorb pressure, force wide, keep the other team from doing anything dangerous, and bide your time for that chance at a counterattack. In those kinds of games, even when your team doesn’t have the ball as often, it doesn’t feel particularly dangerous or worrisome.

This didn’t quite feel like that sort of game. It’s true that Dallas has had recent scoring woes, and they had only six actual shots on target for the night, but they felt dangerous PLENTY of times. Maybe that’s because they had 22 shots on goal. If their finishing were a little bit better, this story might have had a completely different ending.

In the first half, it sometimes felt like Michael Barrios repeatedly punished left back Jorge Villafaña, attacking with ferocity and impunity. And at 12′ when Reto Ziegler received Santiago Mosquera’s free kick and headed the ball to Matt Hedges for a tap into the back of the net, it looked like the Timbers would have to claw their way back from behind.

Fortunately, video review showed that Hedges (and frankly Dominique Badji, if he had actually been involved in the play), were WAY ahead of anybody in a green jersey when the ball left Ziegler’s head. The goal was disallowed and we all breathed a sigh of relief.

The momentum shifted when Sebastian Blanco drew a foul in a dangerous spot, and Diego Valeri stepped up for the free kick. El Maestro did not disappoint, curling in a beauty for the score at 23′. Advantage: Timbers.

In the second half, Dallas continued to press, and they definitely had their chances. And unfortunately for Portland, Larrys Mabiala gave Dallas their biggest advantage of the night when he found himself out of position against Badji in the 57th minute. Unable to prevent Badji from continuing unimpeded to the goal, Mabiala reached in with his right arm, pulling Badji down. While it may have saved a goal, it earned Mabiala a straight red, giving Dallas a one-man advantage for the rest of the game.

Fortunately, the Timbers were able to pull off a minor miracle, scoring a second goal while a man down. Jeremy Ebobisse made a beautiful run at 71′, and in spite of having the keeper and two defenders in close proximity Ebobisse kept his head, coolly fielded a well-placed ball, knew that somebody would be coming and where he’d be, and dished the ball to Valeri, who found an open net waiting for him:

The game was far from over, of course. Dallas was desperate to get on the board, and with seven minutes of stoppage time, they finally found their chance. At about 90+4′, Mosquera managed to put a header into a dangerous spot, and Hedges banged it in for a goal:

Dallas continued a flurry of attempts, but in the end it wasn’t enough, and the Timbers came away with the win and the advancement to the Western Conference Semifinals.

Build the statue already. Diego Valeri, already recognized as the league MVP last year, continues to come through in the clutch. You thought the 32-year-old was maybe finally showing signs of being mortal? Watch that free kick again. And while you’re at it, recognize that he is the first Timbers player to score a brace in MLS Cup playoffs.

Jeff! Jeff! Jeff! Jeff! If Valeri wasn’t your MVP for this match, maybe that’s because it was Jeff Attinella. Coming back to his second game following a separated shoulder injury, Jeff had five MASSIVE saves in Frisco, four of them in the second half and one of them in stoppage time. If Diego Valeri won this game, Attinella saved it.

Halftime adjustments. I mentioned earlier that Barrios was pummeling Villafaña on his side of the field in the first half. But whatever adjustments were made at the half, they seemed to be effective. Dallas maintained possession and continued their attack, but Villafaña’s defense improved, with 5/7 of his successful recoveries and 8/11 of his successful passes taking place in the second half. Barrios, in contrast, had most of his unsuccessful passes (8/11) in the second half. Kudos to Jorge for making the adjustment. By the second half, he looked more like the 2015 season player we know and love. Welcome back, Sueño.

Defense, defense, defense. When you’re down a man for a third of the game, your defense is critical. And a couple of players stepped up in a big way to preserve the lead and the win. Between them, Diego Chara and Liam Ridgewell had 15 clearances. 14 of them in the second half and 11 of them after the team went down a man. Of those 11, all but one were inside the 18, and all but one were directly in front of the goal. Chara and Ridgewell defended the goal tenaciously in spite of Mabiala’s booking. Honorable defensive mention also goes to Zarek Valentin, who aside from putting in another smart, solid shift, literally took it on the chin for the team, catching a free kick to the face. Ouch.

As of this writing, pending the outcome of the LAFC vs. Real Salt Lake play-in, the Timbers will host either Sporting KC or the Seattle Sounders on Sunday at a time still to be determined. Either opponent would be formidable, and with both Chara and Ridgewell having obtained a yellow card in the match, another yellow would have either player on the bench for the away leg, something the team can ill afford.

Here’s hoping the soccer gods are kind, that yellow cards for our key defenders remain in the center ref’s pocket, and that the boys put in a solid performance. See you all at home on Sunday.