The Survivor Between the Sticks: Matt Lampson 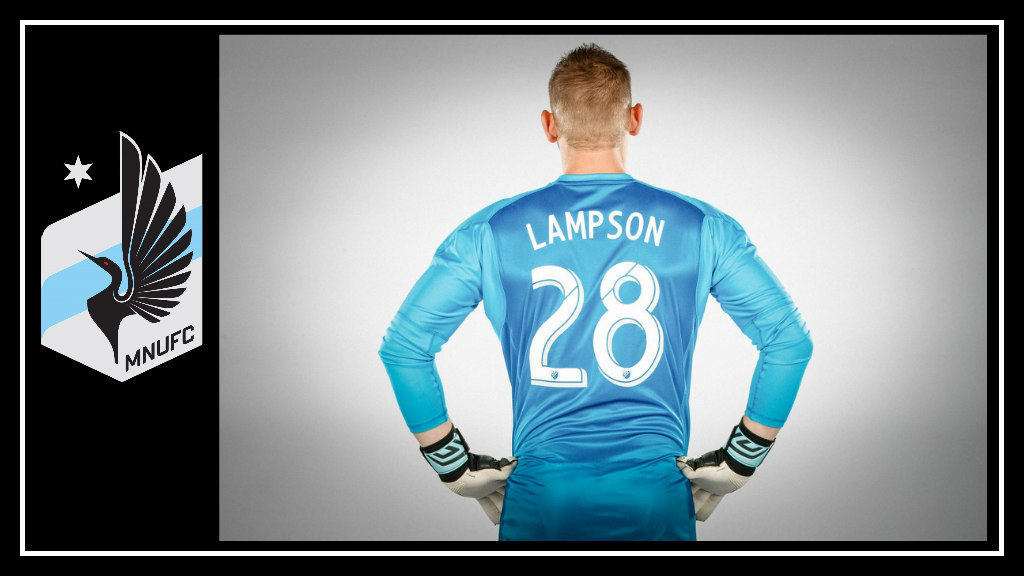 The lists of players who have been cut by their club usually includes at least a couple players who fall into either of these categories: ‘dead weight’ and not expected to stay, fan favorites who are poor performers, or great performers who are not fan favorites. More rarely, there is a player who, regardless of performance, is an incredible human being who you don’t want to let go. Matt Lampson is one of the latter.

With only two wins in nine appearances through a season bookended by 2-3 losses (in San Jose on March 3rd and Columbus on October 28th), Matt Lampson’s time in Minnesota was not fantastic on the pitch. His work off the field, however, was worthy of recognition.

This award is for every single person that has known cancer and became stronger, more appreciative and strives to make a difference because of it. https://t.co/F6eSKgZoLs

A cancer survivor himself, Lampson founded the Lampstrong Foundation to brighten the lives of childhood cancer patients and their families. Since coming to Minnesota from Chicago, he has built a relationship with the U of M Masonic Children’s Hospital, and with the son of a Minnesota United supporter who was ready to walk away from the out-of-reach club.

A few years ago, Nate Howells’ support for United was cemented when a number of the NASL club’s representatives threw their support behind his youngest son after a traumatic brain injury. Broadcaster Chris Lidholm and forward Christian Ramirez were among those who contributed to his fund. “And one player, Brian Kallman [the older brother of current defender Brent], came to the PICU at Children’s and sat with my family. It was an incredibly meaningful experience,” said Howells. “Because of these actions, I have a loyalty to the club.”

But a lot has changed since the jump to MLS. Fans are no longer able to linger on the touchline with the players after a match, they don’t have the same opportunity to become a surrogate family for international players. And the competitive product is no longer… competitive.

“In early August, my frustration with Minnesota United was at its highest. I tweeted angrily that I was considering cancelling my season tickets. How I’ve never hated this FO more,” Howells said. But the next day, while I was up at Masonic Children’s at the University of Minnesota with my 10-year-old son who is being treated for embryonal rhabdomyosarcoma, Matt Lampson and Michael Boxall made a special trip downstairs to see my son. This was such a positive moment. They showed up wearing Loons attire, representing the club, doing something meaningful in the community.”

Hey all, I have an actual feel good @mnufc story to share. After Xavier’s chemo appointment today, @LampStrong & @boxy surprised him with a visit during his physical therapy. They’re great guys and continue the reputation the Loons have in their community. pic.twitter.com/u8zfUIXuaP

A goalkeeper himself, 10-year-old Xavier (a.k.a. Iggy) looks up to Lampson as both a player and a survivor. Lampson’s visits broke up the monotony of chemo treatments. “Week-long hospital admissions can get quite boring and Iggy, as positive as he most certainly is, sometimes feels that he is missing out on the normal, fun things that his friends and siblings take for granted on a daily basis,” his dad explained.

The Loons’ work off the pitch is certainly more inspiring and impactful than their play. “Soccer in Minnesota is more than a sport,” Howells said. “It is culture and it is community. It brings people together and shows that we can do good.”

Lampson’s representation off the pitch – and the club’s support of it – went a long way in patching up the Howells family’s support of MNUFC after the trade of fan-favorite Christian Ramirez and the squad’s flat-lining performance. But that complex relationship was dealt another blow on Monday when United released a list of players whose contract options were not being exercised. The third name on that list: Matt Lampson.

I reached out to Nate for his reaction to the news. From home, where Iggy is resting after his first five-day hospitalization of this chemotherapy cycle, Nate expressed the return of the same frustration he felt with sporting director Manny Lagos and the FO after the Ramirez trade: “This is incredibly discouraging,” he said. “This is actually devastating. I can’t tell my son this.”

“Xavier has said that when he gets older, he wants to do the same thing for other kids,” Howells said. “He hopes to provide hospitalized kids with opportunities to do the special or normal things they want to do.”

No matter what badge Lampson wears in 2019, his work in Minnesota will live on.