My Christmas Wish this year: David Villa stays at NYCFC 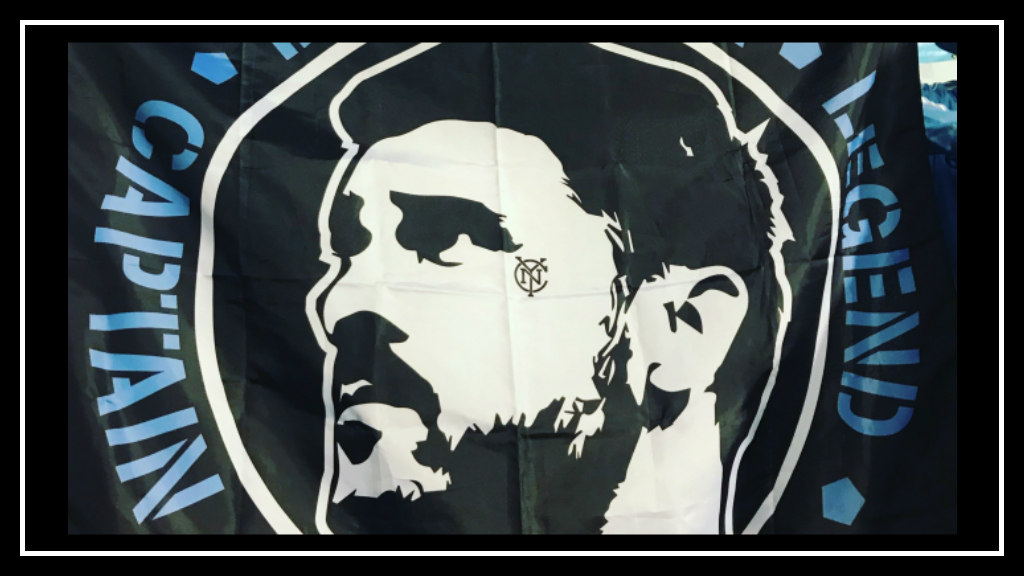 We’ve all seen the click-bait headline posted on MLS.com which basically is paraphrasing quotes from Spanish publication Sport.

This “news” and another article posted by NBC.com, utilizing a different publication out of Spain, again with no source, came out this week as fans wait to hear if New York City FC will negotiate a new contract with striker David Villa.

Villa was brought in as the club’s first signing in 2014 and his contract was $5.6 million per year for 3 years.   It was then extended in 2017 by one year, taking him through the 2018 season. Fans seem to fall into two camps since he missed 11 games, about one-third of the season, due to a knee injury: bring him back as a Designated Player or pay for him with TAM dollars in order to free up that DP slot.

Age seemed to, unfortunately, become a factor even to the seemingly eternally young “El Guaje”, who will be 37 in December.  To those watching his play closely towards the end of the season, there were through balls that he just didn’t get to which he would have taken in stride in years past. With each unsuccessful one-on-one duel with defenders,  the question was, “Is it age or injury?” all the while knowing he should have won the battle. 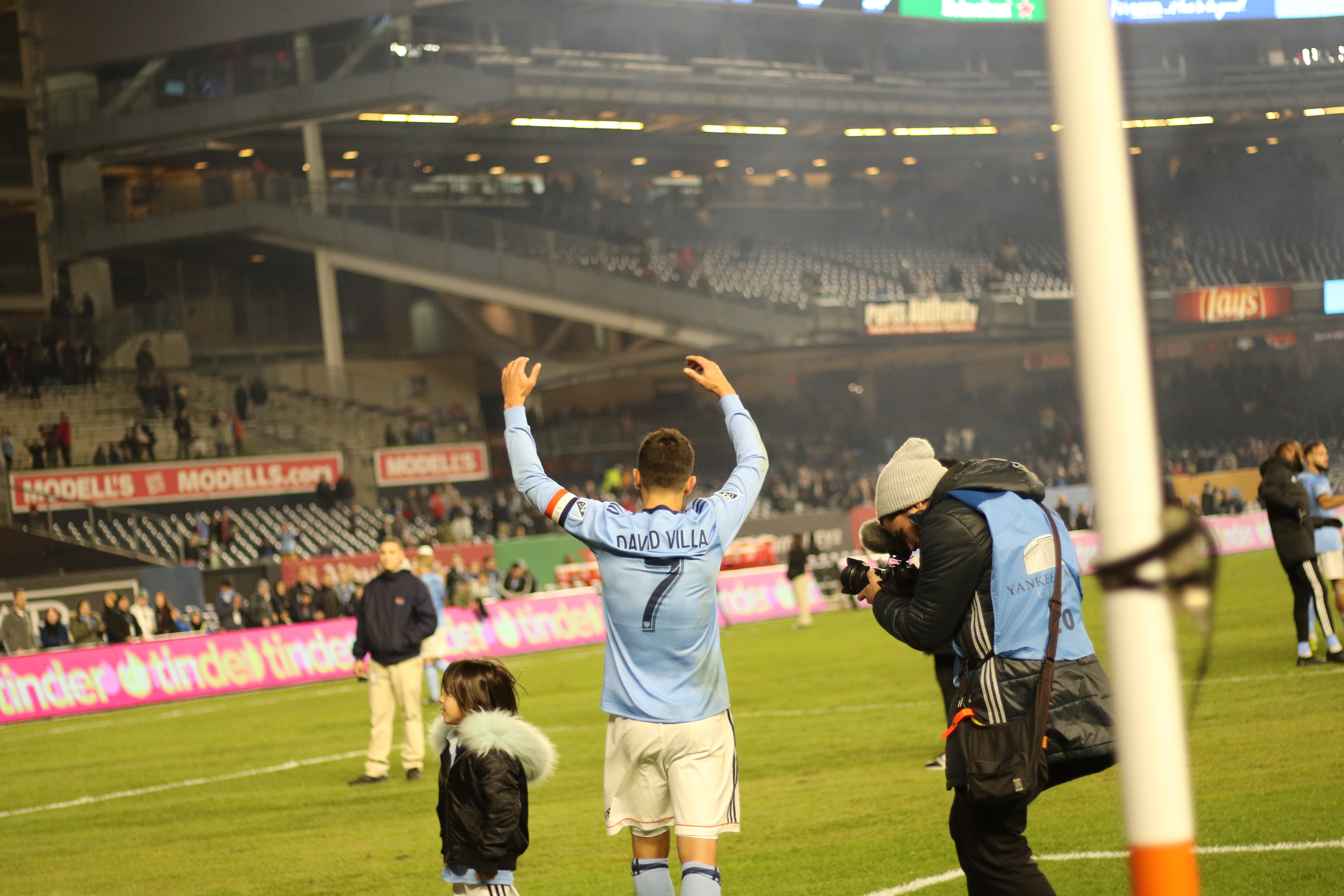 And then there were the end of season appearances with fans.  According to Tisha Gale, official photographer for MLSFemale and member of Third Rail supporter group, who attended and presented at the NYCFC awards on October 22nd, said unlike almost all previous public appearances, Villa was one of the last to leave the event.  “It was as if he was consciously trying to cherish every last moment with the fans.”

Likewise, many fans treated the last home game on November 4th as the last chance to see the captain play at home. The last two losses were particularly hard for the fans as they were aware that those games might have been Villa’s final outings for NYCFC.

To be clear, New York City FC striker and captain David Villa has not made any public statements as to his future with the club.  Villa is the foundation of the club and is a major component of fandom.  Not only did he start with the club from the beginning but he also embraced the core of NYCFC identity from Day 1:  Being a New Yorker.

He embraced New York and all of its cultural gifts and the city embraced him back in the way that most of us do:  We leave you alone to live your personal life with as much privacy and normalcy as possible and celebrate or criticize you when you are on-the-clock.   Villa not only cherished the city culture but wholeheartedly gave his all to help the team win games – a true competitor who expects excellence.

These are all characteristics of someone who we would want staying within our club system in some capacity going forward.

I would expect that City Football Group would go to any lengths to explore all options with Villa to keep him playing with our club, perhaps outside of a DP capacity. The truth is we don’t yet know what David Villa will decide to do.  I do know that he is revered by fans all over the world as a hero, magician and veteran.  Why would NYCFC not try their hardest to hold onto Villa’s brilliant skills, experience, poise and high standards? 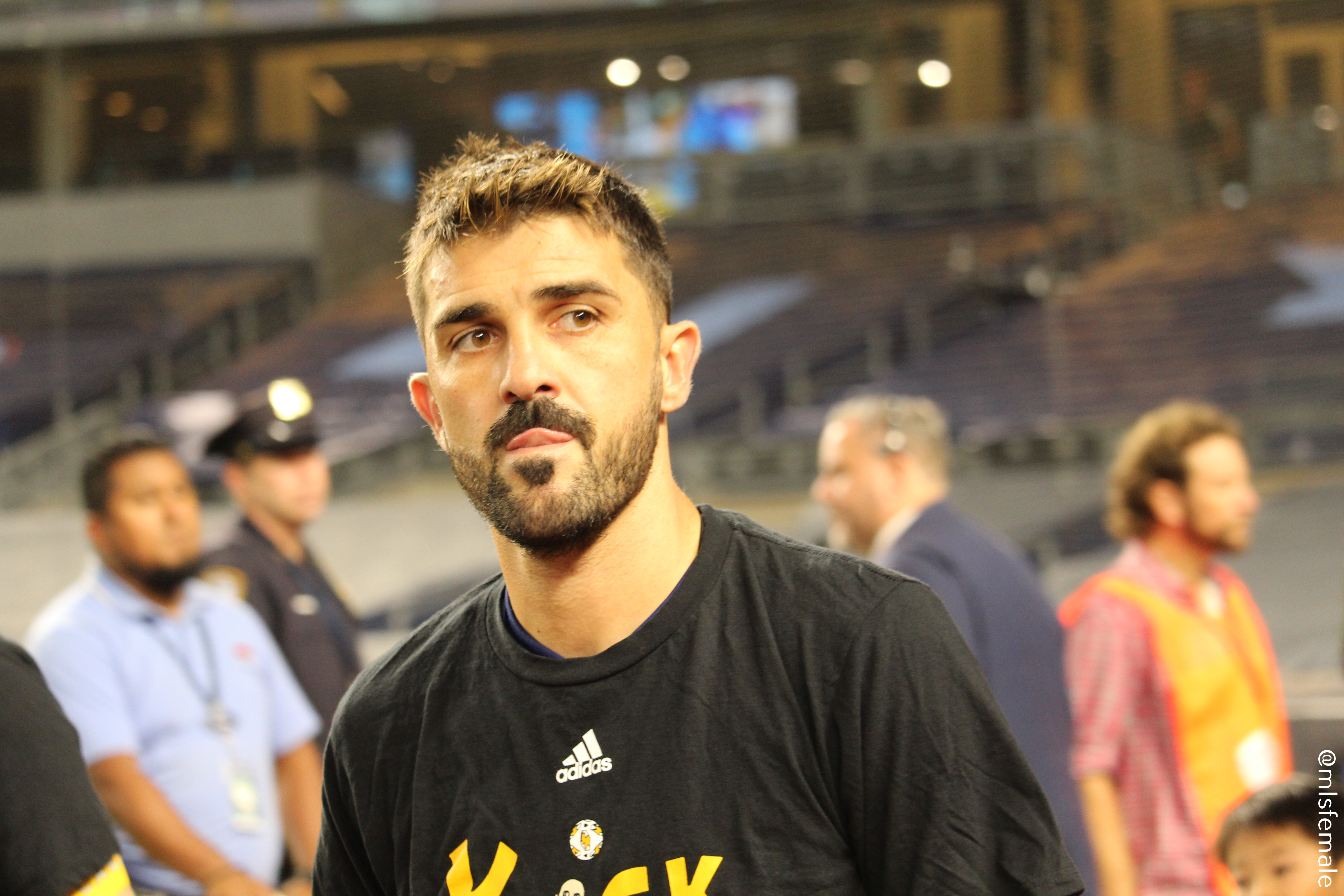 This is my Christmas wish:  Find a way to hold onto Villa before he is gone from the field, and from a future developing and building the club further. His past and future influences are not to be diminished.