The Loons, the bad and the ugly 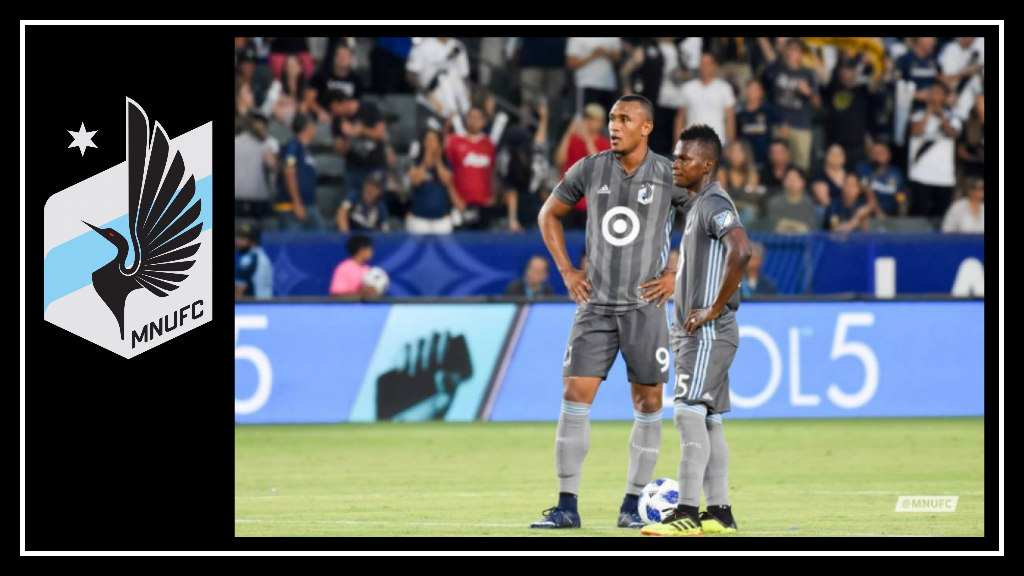 It is high time to put the 2018 season to rest, but how about one more chorus of our favorite Simon & Garfunkel song before we go? Sing it with me:

Minnesota United FC finished 2018 tenth in the west with 36 points, just 5 more than the Colorado Rapids and 15 more than perennial bottom dwellers, San Jose Earthquakes. Seventy-one goals against is hardly an improvement over the Loons’ record-breaking freshman finish. However, Orlando City SC shipped three more than Minnesota this season. Feel better? No? Sorry, it’s all downhill from here.

I could nitpick all the negatives, but you and I have other things to accomplish this offseason than to rehash all of that.

Instead, here are my overall reflections and expectations, uninterrupted by clips and tweets because I know you all remember the blunders vividly.

MNUFC’s goals against stats will always be a black mark on the club’s first two years in MLS. A key issue in the backline, noted again and again by anyone who followed 2017’s performance, was the lack of a No. 6. So fans rejoiced the signing of Fernando Bob in August and saw glimpses of a decent future in the Loons’ final third. Unfortunately, the phrase ‘Not good, Bob’ took a turn from sarcasm to exasperation. The club declined to exercise options on the Brazilian and his countrymen, Ibson and Maximiano.

Brent Kallman, Michael Boxall and Francisco Calvo became mainstays on the backline, though Calvo’s primary role switched from centerback to left back upon his return from international duty, in place of injured Jerome Thiesson (also released at season’s end). It looks likely that the trio will remain intact going into 2019, but questions remain: Who will complete Heath‘s four-man backline and will they earn the respect El Capitan so often demanded? Between glimpses of brilliance and the great impressions of brick walls performed by both Boxall and Kallman, reinforcements will be desperately needed to staunch the bleeding.

And the young guys (Omsberg, Manley) if still on the roster, will need time to learn their role.

While the front office spent much of the season blaming injuries to key midfielders Kevin Molino and Ethan Finlay for all their woes, the midfield at times showed significant improvement over last year with more consistency and drive. A new-and-improved Rasmus Schuller returned from loan to anchor the left and balance Ibson’s roaming efforts on the right, but the squad still frequently failed to connect with the attack and opened more holes for the already struggling defense to clean up.

The arrival of Darwin Quintero sparked more connections and possibilities in the final third, but you can only burn a candle from both ends for so long…  One DP caliber attacking mid is not a fix-all solution and Batman (Miguel Ibarra) can’t run all night, every night.

The club appears to be eliminating all the question marks (Ibson’s inconsistencies, Maximiano’s temper, Alexi Gomez‘s poor passing) by releasing their core midfield line-up to start fresh. This December is now a carbon copy of last winter: A roster heavy on the wings, with no clear identity. But, hey, DPs score goals! … Sometimes.

Just as Batman can’t run all night, Superman can’t shoot strong and true every time. Fan favorite, Christian Ramirez, had a poor start to the season and was not the clutch goal scorer longtime fans had come to know and love. With the midfield’s poor movement into the final third, the arrival of Quintero’s wicked speed and sticky feet unlocked Ramirez’s potential once again.

However, the attack continued to struggle and the FO announced a new signing. A veteran striker who could supposedly score when expected and take the Loons’ attack to new heights. At the expense of the heart of the club who also happened to be their most valuable trading card.

Ramirez was replaced by Angelo Rodriguez, the club’s second DP. Unfortunately, no matter how much you pay a guy, he can’t be expected to reproduce his highlight reel at every match. Rodriguez said himself, on multiple occasions, that he was ‘ashamed’ of his performance and his guilt over not meeting expectations was painfully obvious.

But he seems determined to get back to full fitness and a youthful production rate. And MNUFC is going all in, designing their attack around the veteran and the rookies, 2018 draft pick Mason Toye and 2017 draft pick Abu Danladi, both struggling to find their footing and maintain fitness in the big league.

Remember when we all sang, “Hey – ho – the North is rising, rising up the table,” after the first 2018 home win? That was neat. Let’s carry that feeling through the offseason, just to balance out the #Panic. Someday we will sing it again. It could be a fluke, but it will echo through the Midway, if only for one night. Until then…