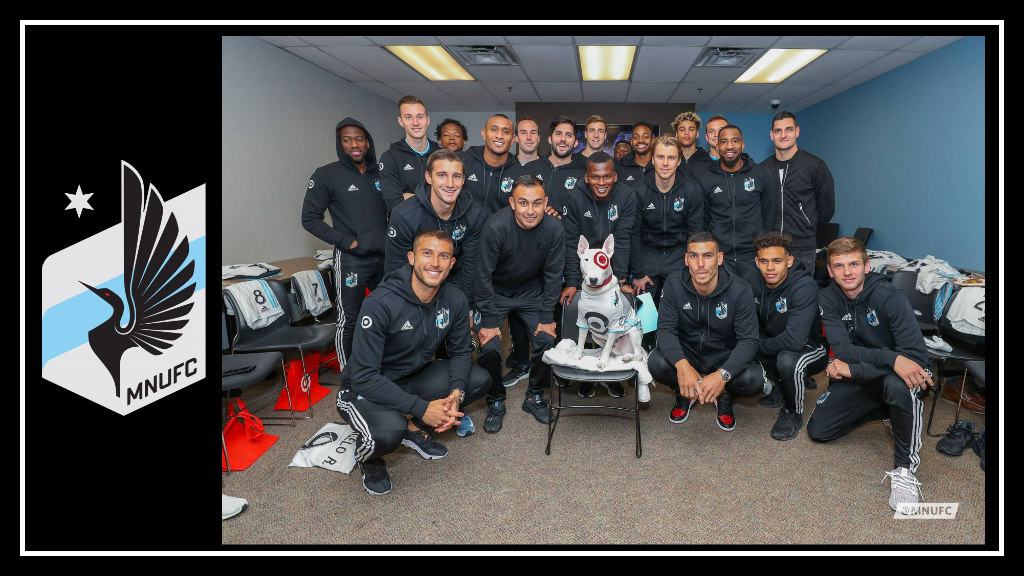 In the middle of the messiest snowstorm of the year (so far), MNUFC took over the Mall of America rotunda for what is often the most exciting part of the preseason: the kit reveal.

I had planned to be there to hear the fan reactions to the new design, but had to turn around after just five sketchy miles of freeway driving. While I waited in a checkout line with 100 pounds of tube sand to balance my car on my Monday morning commute, a quick peek at Twitter replaced the sound bytes I had hoped for: Meh.

The 2019 away kit is appropriately called the Drift Kit:

*For those of you who don’t follow winter sports, the Xcel Energy Center is home to the Minnesota Wild hockey team.*

Fans seem to be fed up with the Adidas templates that are sweeping the league and Minnesota United fans, still accustomed to the individualistic lower league designs of yore, are certainly no different. But, I’m going to put a positive spin on these icy whites.

The Loons are poised for an improved away performance this year that will put the design in perspective: The shirt is simply a template in which the Loons will build a road team identity. And if they don’t…

The keeper kits are a tad more interesting, even more so given who walked out in one.

Italian keeper Vito Mannone has joined MNUFC on a one year loan from English Championship side Reading FC. He comes to MLS with Premier League experience, including seven seasons at Arsenal. Mannone is set to take the top spot between the sticks, demoting Bobby Shuttleworth (who, to my knowledge, was not seen at the kit reveal) to the bench.

When the Mannone rumors first started, I was not convinced he was the upgrade that Adrian Heath & Co were so openly shopping for. After some comparison between Mannone and Shuttleworth’s stats though, I’m a little more comfortable with this game plan. Based on numbers reported by Transfermarkt, Mannone averaged 62.5 minutes between goals conceded over the 2017/18 season, while Shuttleworth averaged 47.3 minutes in 2017 and 44.1 in 2018.

These certainly aren’t the definitive stats to go by, but Mannone, combined with the D-line upgrades made in January, indeed appears to be an improvement.

New looks abound in the North. Come. On. You. Loons.