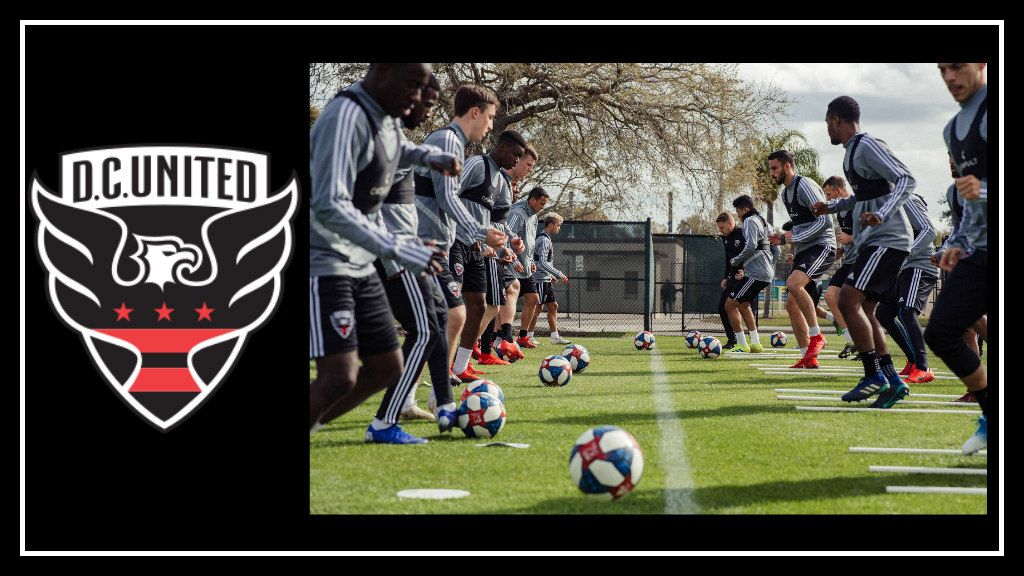 To say that DC United has had an eventful preseason would be an understatement. Although the team bowed out of the 2018 season after a heartbreaking loss to the Columbus Crew in their first (and last) playoff game, the fact that DC made the playoffs at all is giving fans hope for 2019. As DC United reaches the halfway mark of MLS training camp, let’s recap some of the biggest news from the preseason.

Head coach Ben Olsen is a fixture at DC United, where he spent his MLS career as a player. This preseason, DC signed Olsen to a multiyear contract extension that will endure until 2021. After Peter Vermes, Olsen is the longest tenured coach in MLS.

“I am thrilled that ownership has shown faith in the path my staff and I are taking with this extension. Our aim is to continue to put a team on the field that our fans and community will identify with and be proud of. The major goal, however, remains the same since the day I took the job and that’s to bring trophies back to D.C.” – Ben Olsen

DC United has made some very promising acquisitions during this preseason. Defender Leo Jara was secured on a season-long loan from Boca Juniors and midfielder Lucas Rodriguez will also come to the District on a year-long loan with the option for a permanent transfer from Club Estudiantes. Both Argentines have experience playing together and with DC United favorite Luciano Acosta, which bodes well for the squad’s on-field chemistry.

DC United’s supporters’ groups and fans have been vocal since the announcement of the team’s new broadcast deal with FloSports. The new deal will require a subscription in order to view all 21 regionally broadcast DC United games over the season. Games not regionally broadcast will require fans to have access to cable in order to watch. Although season ticket holders and supporters’ group members will receive a discount on the subscription service, the games are still behind a paywall and geofenced, causing many to argue that casual fans or prospective fans will be discouraged from watching. While the deal promises additional team content, fans remain skeptical.

DC United failed to strike a deal with Paris Saint-Germain as the final day of the transfer window passed, assuring that Luciano Acosta will remain in the District for the time being. The offer made by PSG is said to have been between $7 million and $8 million, but DC United deemed the offer too low for Acosta. Alongside Wayne Rooney, Acosta was part of a dynamic dyad that drove DC United toward their 2018 playoff spot. While the move to Europe would have given Acosta a significant pay raise, losing the Argentine midfielder would strike a significant blow to a team that many feel is just starting to come into its own again after many years of lackluster performance. Although the failed transfer was a blow to Acosta, his value has certainly increased.

The Saga of Yamil Asad

Preseason has been full of ‘will he or won’t he,’ in regard to charismatic Yamil Asad remaining at DC United. Asad spent the 2018 season on loan to DC United from the Argentine club, Velez Sarsfield. Asad had spent his whole professional career at Velez prior to moving to MLS in 2017 to play for Atlanta United.  DC United fans spent much of this year’s preseason wondering if they will see Asad play for the Black and Red again. An interview with Radio Republica hasn’t given fans much hope. Asad said, “as of today my head is with Velez. I’ve decided to stay and hope to take advantage of this second chance.” It’s looking less and less likely that Asad, who scored the team’s first goal at Audi Field, will make a return.

In arguably the best news of the preseason, Chris Odoi-Atsem is cancer-free after a being diagnosed with Hodgkin’s lymphoma last year. He has just completed his final treatment and his teammates are looking forward to welcoming him back. Hopefully, Odoi-Atsem will make an appearance soon by attending the second half of DC United’s MLS training camp beginning on February 13th.

Now, DC United fans will wait out the final three weeks until the Black and Red take the field against Atlanta United in their March 3rd home opener at Audi Field. After the dramatic comeback the club made during the 2018 season, it’s hard not to be optimistic about 2019. Will DC United make another run for the MLS Cup?