Is the Los Angeles Galaxy Community ready for the new MLS season? 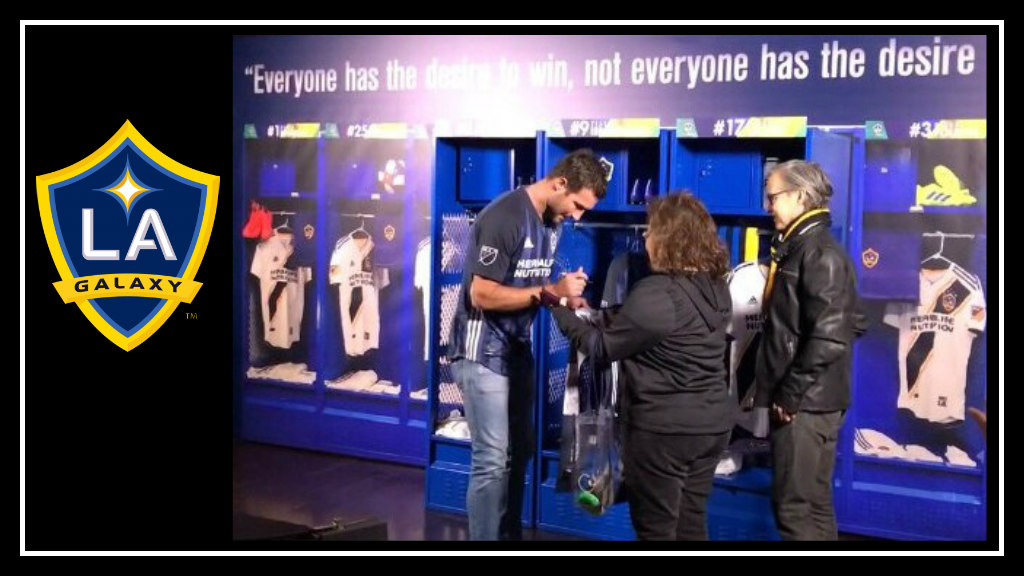 With the jersey launch and preseason wrapped up, we head into the new season. Are the LA Galaxy and fans ready? Full of anticipation and optimism, fans attended the jersey launch at the Novo on Feb. 17, 2019, which was exclusive to Season Ticket Members.

Despite the leak of some photos of the new kit, many fans were excited to see it up close and personal; to order theirs and get 5 stars added to their current jerseys.

The 5 stars representing the Galaxy’s MLS Cup championships, won in 2002, 2005, 2011, and 2012, is the main appeal of this season’s kit. The Galaxy’s design isn’t changing from last year’s except for the 5 stars adornment above the crest.

The new Adidas Night Navy away version features a pixelated pattern and vertical stripes. The “This is LA” jock tag and the Galaxy wordmark on the back of the neck have made a comeback. The white uniform is an MLS staple across the league, and the one unveiled in 2018 makes a return as well.

For the first time together, the 2019 LA Galaxy team sported the new uniform. Fans are proud to represent the Galaxy’s legacy and hope the players can continue leading the league this season.

The event hosted by Rob Stone, commentator of Fox Sports, egged on the crowd and Zlatan Ibrahimovic joined him onstage.

A simulated locker room and interactive player wall were available to fans. Every aspect of the event was to get fans hyped and ready for the 2019 season.

I wandered around the first floor of the Novo, enjoyed seeing the players interacting with fans and to see fellow season ticket members celebrate.

As media, I was only able to observe. But, I redeemed my fan experience on February 26, when I drove out to Long Beach to meet with Sebastian Lletget. Originally, Ola Kamara was scheduled for the autograph session. But, news broke earlier that day that he was en route to join a super league in China. Unfortunately, there really was no longer a place for him on the team, which forced him to often play out of position, so his desire to move is understandable.

Still, the problem remains that the Galaxy currently have four designated players when MLS regulations restrict it to three. Financial adjustments must be made, but it’s not yet clear what the front office intends to do to resolve this.

All eyes of MLS teams and fans are on the LA Galaxy.

Many fans are calling for Giovani Dos Santos to be moved and sold to open up the DP spot. However, he has a contract that isn’t allowing the move. As a result, there are reports of tension in the locker room, which not only puts more onto GM te Kloese’s plate, it’s not the way anyone wants the season to start.

Latest update: The Galaxy have bought out Giovani Dos Santos’ contract, officially ending his time with the club.

Opening day is quickly approaching, on March 2nd at Dignity Health Sports Park and will be eventful. It begins with the unveiling of the anticipated Legends Plaza where future statues honoring historical Galaxy players of the club’s grand past, including that of David Beckham, will be displayed. The reveal is scheduled for 3pm PST and is open to the public.

It’s a crucial time for the Galaxy’s dynasty to be recognized as fans are feeling the tension and the spark of the new season. With new players Emil Cuello, Diego Polenta, and Uriel Antuna, the Galaxy seem to be taking advantage of new talent, which was something to look forward to under head coach Schelotto. Perhaps now the Galaxy can find better connections on the pitch with existing players. There are still some kinks to be worked out, but more than anything, this is the time for potential to be displayed.

Kickoff is set for 5pm PST and rain is predicted for the forecast. Get ready! Go Galaxy!