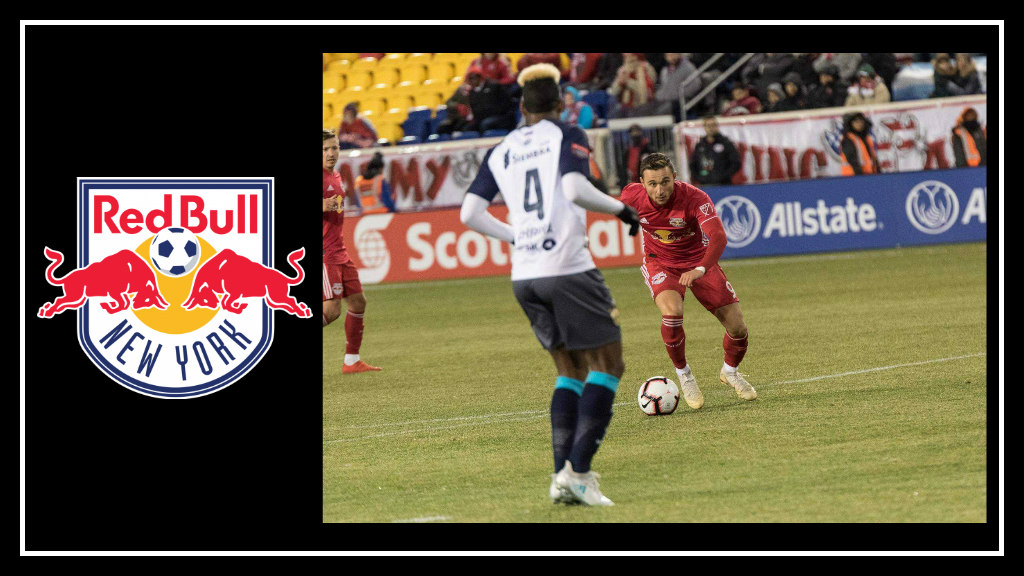 Scene: The Press Box at Red Bull Arena, February 27th. The New York Red Bulls are about to host Club Atletico Pantoja in the second leg of the CONCACAF Champions League. More on that later…

I’m eating a cannoli (like a good Jersey girl) and greeting one of the several staffers that I’ve gotten to know in my time as a reporter.

Him: Happy New Year!… Wait– do we still say that at the end of February?

Me: When it’s my first time seeing you, sure!

It’s true: This is a new year; for the now 24 teams in MLS, for the 16 teams who qualified for the CONCACAF Champions League, and for the 84 teams who will compete in the U.S. Open Cup. With a new year comes a new start. The past is gone, and the future is in their hands, or, I should say, at their feet.

Should Auld Acquaintance be Forgot:

The team, the fans, and the entire league knows there was a Tyler Adams-shaped hole cut out as the 19-year-old Academy product nabbed some lederhosen and transferred to RB Leipzig (the RB stands for ‘rasenballsport,’ a made-up word to keep the lettering consistent but avoid the blatant corporate branding that is a no-go in the Bundesliga).

While fans were sad to see him go, Adams is still just a television broadcast away. I have watched his explosive pace and relentless hustle light up the Bundesliga. He was recently credited with his first assist. RB Leipzig is currently in fourth place, which will qualify them for the UEFA Champions League.

What did RBNY get in return? The transfer window was all but silent and all but closed when this announcement was made:

Are fans looking for a big name? Are they looking for someone who has scored dozens of goals in huge competitions overseas? Would they have preferred someone… older?

That’s not who the club is, and they haven’t been that way for a long time. Just because Mathias Jorgensen isn’t a big name, doesn’t mean he isn’t going to be. Wouldn’t you rather have the guy who makes a name for himself with your team? Because I can think of a couple of MLS sides who have been of little consequence in recent years. At least RBNY have made the playoffs nine years running.

And Never Brought to Mind:

Yeah… about that. There is still no star over the crest this year. There is another Supporter’s Shield, the third in six years. If RBNY was RB Leipzig, that would mean three stars. But that isn’t how American sports roll. But what’s done is done. Everyone begins with a clean slate, from the Red Bulls with their Shield to the San Jose Earthquakes with their Spoon.

We’ve Wandered Many a Weary Foot:

So begins the trudge through multiple competitions, regardless of weather and distance. A breezy 25-degree evening saw the Red Bulls sew up their spot in the quarterfinals with a 5-0 aggregate score in the Champions League. They are heading out to Columbus for the start of the regular MLS season (Yay, Condiment Derby!).

The boys in red will return to Red Bull Arena next week to start the series with Santos Laguna, followed by a trip to Mexico for the second leg. This is what roster depth is for, and I am here for all of it.