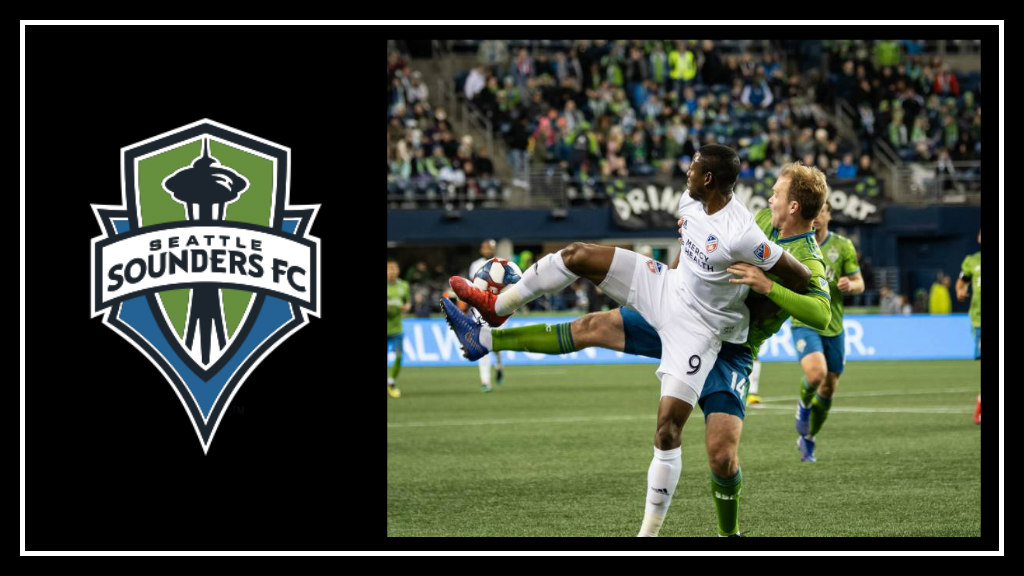 The newest team in MLS, FC Cincinnati, struck first with an opening cracker of a goal, but it was the Seattle Sounders who ended the night on top sailing to a 4-1 victory.

Prior to kickoff, the Sounders presented Sigi Schmid’s wife and family with the Golden Scarf, a Sounders honor given to a select few members of the soccer or Seattle community. The crowd raised their scarves to honor Schmid, a loss that the Sounders community felt deeply.

As kickoff opened on the Sounders 10th season and FC Cincinnati’s inaugural season, the Sounders pressured early. Raul Ruidiaz sent in a firing header in the 3rd minute, forcing an early save from goalkeeper, Tyton, that hit off the post.

In the 13th minute, FC Cincinnati opened their MLS goal scoring account with an absolute stunner from Leonardo Bertone. However, their lead was short lived when Kelvin Leerdam found the equalizer in the 27th minute after connecting on a deflected cross from Nicolas Lodeiro.

The rest of the game was simply a showcase return for Jordan Morris. After waiting 500 days to start in an MLS match after recovering from ACL surgery, Morris slotted home two goals in 10 minutes. His first goal curled past the keeper in the 33rd minute, ending in a full-team pile up of celebration.

The stadium cheered to one of the loudest volumes in years, rejoicing for the joy of their hometown boy’s return to the score sheet and the field.

In the 43rd minute, Morris powered home a left-footed rocket assisted by Victor Rodriguez to give the Sounders a 3-1 lead. Raul Ruidiaz tallied his own goal in the 87th minute to close the game 4-1.

Sigi Started It All

Celebrating their 10th season in the league, players from the inaugural season returned to CenturyLink to be honored in the opening ceremony. They were also joined by Sigi Schmid’s widow, sons, daughter, father and grandchildren. It was a somber moment for Sounders fans to celebrate the team and man that started it all a decade ago.

The Hometown Boy Is Back

Emotions were high from the start Saturday night, but peaked when Morris first put the ball in the back of the net. When every member of the team joined him in celebrating, their joy was echoed by every fan in the stadium.

While walking back to midfield, Nico grabbed Morris by the shoulders, pointed to him, looked up towards the crowd and cheered. In return, Morris broke away from the rest of his teammates and gave a fist raise and clap to the crowd.

Having an in-from Morris will greatly benefit the Sounders this season, who struggled to get started last season. But if his first game is any indication, Morris and the Sounders are storming into their 10th season.