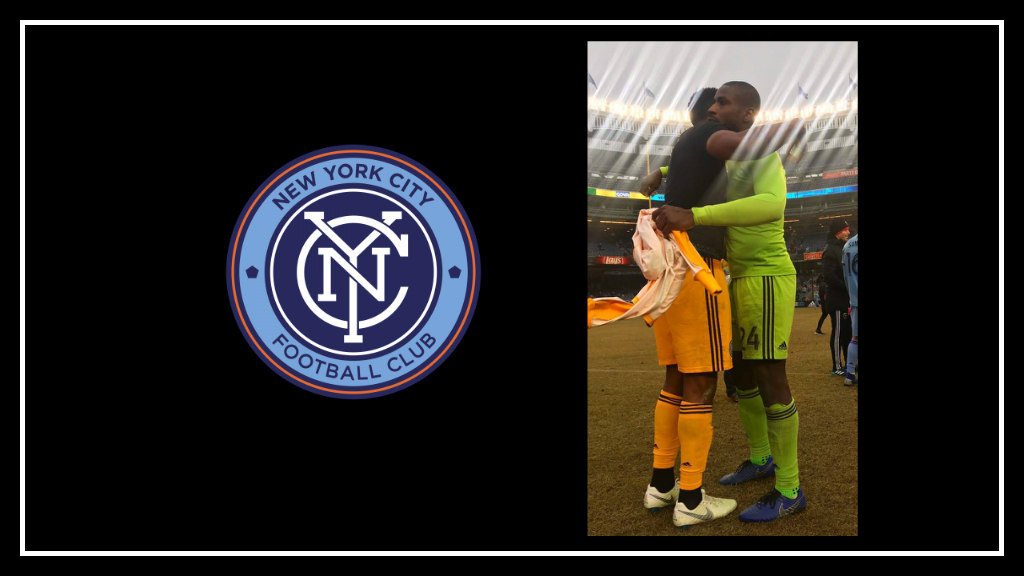 New York City Football Club opened its 2019 season at home against DC United on Sunday March 10th. What the match lacked in scoring, it made up for in goalkeeping theatrics. Both NYCFC’s keeper, Sean Johnson, and DC United’s, Bill Hamid, kept the game a nail biter with their superb performances.

.@SeanJohnGK was a brick wall in net for @NYCFC Sunday in the Bronx 💪 pic.twitter.com/FwWmrzoWF6

DC United’s high and heavy press gave NYCFC’s back line a hard time from literally the first minute of play. Once NYC adjusted to the pressure, the midfield and wings started to put together attacking sequences.  The underlying theme of the offense was “Find Alexandru Mitrita” with one NYC counter attack sending “Mitri” into three DC defenders and almost beating them, before DC’s Wayne Rooney and his elbow destroyed the play.

For this match, Coach Dome Torrent tried a different formation with Taty Castellanos in a striker role and Maxi Moralez back to more of a 10 role.  Once again, James Sands started in central midfield alongside Captain Alex Ring. This season, Ring seems to be playing a lot more offensively and has been given free reign to shoot both inside and outside the box.  On Sunday he had two strong shots with one diving header denied by an incredible save by Hamid.  These are shots that would not have been taken in years past.

Johnson was credited with 3 saves on DC United’s on-target shots.  Officially, they had 7 total shots.  Hamid made 6 saves while City totaled 21 shots, with most of them off target. Most of the on-target shots were incredible efforts by both the attacker and the keeper.  If only there was a way to put a little gold star next to the particularly impressive saves by the keeper.

Taty Castellanos gave a strong performance.  He had multiple shots on target (most of them headers) was where he was supposed to be in attacking sequences and generally appeared to work in rhythm with Mitrita.  Does anyone remember the first two seasons when a ball would cross in front of the opponent’s goal and nobody was there to meet it?  That doesn’t happen with Taty.  If given time to germinate, the chemistry between Castellanos, Mitrita and Maxi can only improve.

James Sands played well and helped lead NYCFC’s efforts to control the middle third of the field.  He seemed to be everywhere adding pressure and then accurately redistributing to kick off our offense. Part of the reason Ring is free to push forward and attack is because Sands is handling the defensive role so reliably.

The combination of Ring and Mitri could become very deadly.  Ring finds Mitri with long penetrating passes and Mitri seems equally comfortable taking shots from  outside the box and maneuvering around multiple defenders into the box.  Pair this with Ring’s willingness and ability to shoot from a distance, and opposing defenders will have a hard time dealing with City’s unpredictability.

What’s going on with Ismael Tajouri-Shradi?  Last season he stepped up big as the second highest goal scorer on the team during a period when we were without the injured David Villa. I was happy to see him come in as a sub for Jesus Medina after not playing at all in Orlando, but he seemed to have lost his spark for firing off shots on goal.  Is he trying to settle into some new role?  I liked his old one.  You know, scoring goals.

NYCFC is back in the Bronx on Sunday, March 17th against LAFC.