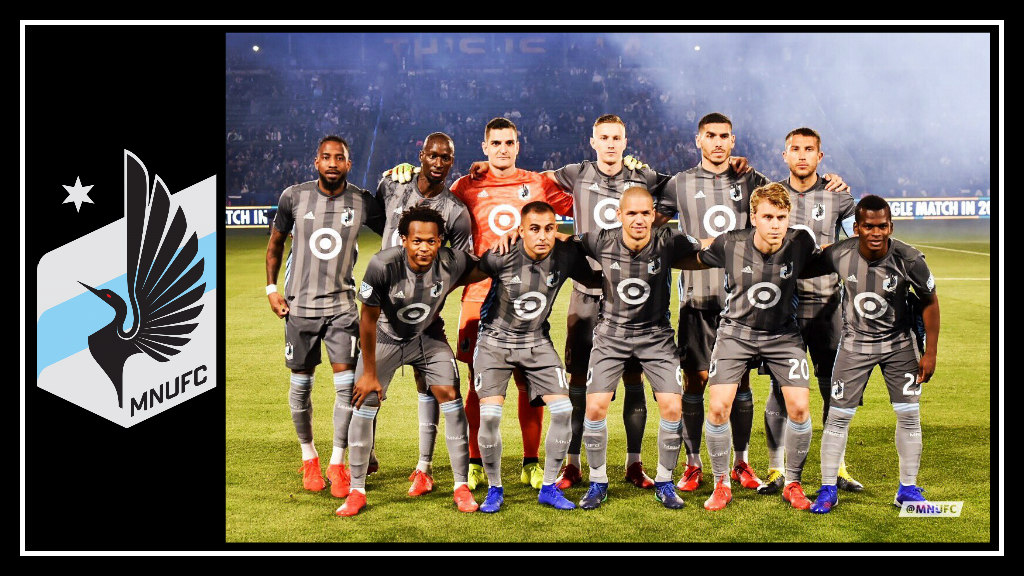 Thankfully, supporting a MLS team in the Central Time Zone only rarely requires the addition of naps and coffee to the pregame regimen, but that was the case on Saturday, March 16, for Minnesota United’s faithful who hoped to see the Loons take their third straight win on the road against LA Galaxy. The 9:30 P.M. kickoff also meant there were more United fans on hand at the Black Hart of St. Paul (the MN Dark Clouds new home base in the shadow of Allianz Field) for the bar’s other entertainment:

That quip from Dina Delicious leaves no doubt that drag queens and soccer fans can coexist in what is simultaneously the city’s oldest gay bar and newest soccer bar. (Click here to learn more about the Black Hart of St. Paul and the people who make it great, Dina included.) And I think Dina was right about the Loons.

Though Minnesota fielded the same Starting XI for the third straight week against a Galaxy squad in a state of constant flux (with Joe Corona only recently added and offensive stalwarts being plucked one by one from the pitch by injury since opening night), there was one notable absence from the Loons’ bench that may have upset the balance. Head coach Adrian Heath missed training all week and did not travel with his squad due to needing dental surgery, leaving assistant Mark Watson at the helm of a system he knows well.

But something was off from the opening whistle. Even without Zlatan and Alessandrini, LA ran the game. Uriel Antuna, Sebastien Lletget and Rolf Feltscher picked apart a puzzled Minnesota backline, finding gaping spaces in the box that never should have been open and preventing Minnesota’s midfield from creating any danger off the counterattacks. If not for the sticky fingers of keeper Vito Mannone, Galaxy could have led 4-0 at the break. As it was, the 2-0 deficit was one goal too deep.

While the first half spurred plenty of flashbacks to the gloom and doom of road games past, the second half showed that the Loons know where they need to improve and that they’re willing to put up a united front. There was no in-fighting from the Loons.

Instead, Ike Opara and Romain Metanire kept up their composed leadership, Romario Ibarra and Darwin Quintero did what they could with what they were given and both Angelo Rodriguez and Ethan Finlay showed up big when subbed on for Romario and Rasmus Schuller, respectively. Oh, and Jan Gregus, seeing Lletget step off briefly to see to a bleed from his broken nose, did this:

It is doubtful that the 3-2 loss spells the end of Heath’s midfield experiment (heavy on wingers and light on true forwards), especially considering that, a) Abu Danladi made little impact after subbing on for Miguel Ibarra in the 74th minute and b) Rodriguez pulled up lame from his no-quit goal.

However, it does illustrate the importance of the midfield lane and how it can be used. Gregus found it and his effort earned him Man of the Match honors.

In my opinion, dropping three points takes the target off of United’s back. Ending the night fourth in the West gives the Loons plenty to play for while the two-win streak (regardless of the opponent) gives the squad confidence that it can in fact be done. And a perfectly timed international break gives them time to reflect on that.