The Houston Dynamo Take Blood, Sweat, and Points At Home 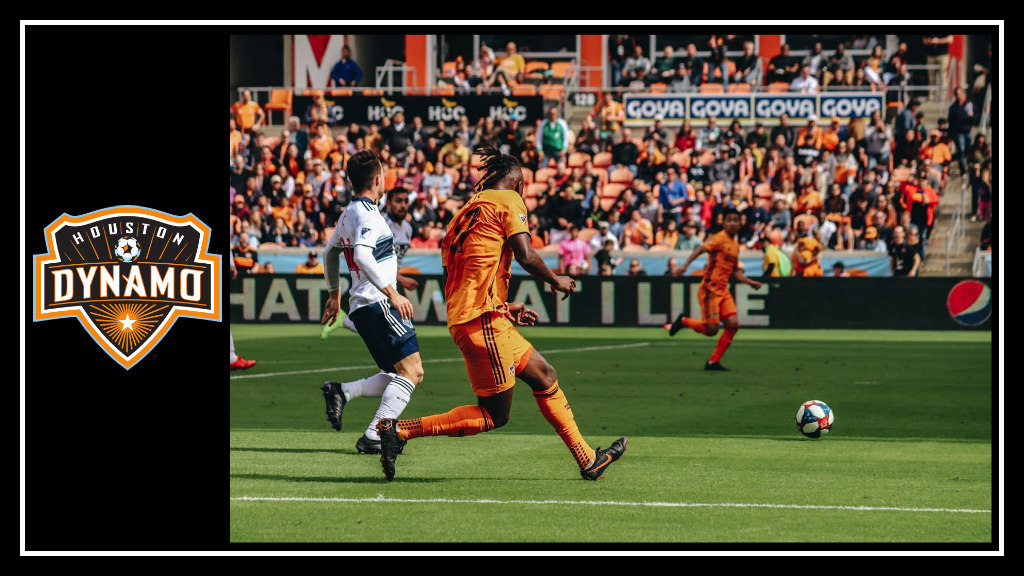 This weekend, the Houston Dynamo hosted the Vancouver Whitecaps, their second Canadian opponent in as many MLS pairings.

Coming off a 1-0 loss in Mexico that took them out of the CONCACAF Champions League, the men in orange were surprisingly emboldened. Their showing at Estadio Universitario against Tigres was an improved effort to their first leg at home, and they showed a crowd of over 41,000 Tigres fans an impressive level of play. But Saturday, ready to focus squarely on the MLS competition (until Lamar Hunt kicks off in May), the Dynamo set their sights on the Whitecaps.

One of the most notable moments of the match came late in the 76th minute as a no-fault collision in the Whitecaps’ box led to Houston’s Mauro Manotas and Vancouver’s Andy Rose being treated for head injuries. Manotas received gauze and a head wrap, while Rose seemed to get the worst of it. He bled profusely and left the match under concussion protocol, having to be assisted off of the pitch.

The Whitecaps had used their last substitution moments before the collision and were forced to finish the match down a man. At the end of the match, as the coaches met briefly, the concern in Dynamo coach Wilmer Cabrera’s face was clear, and I’m sure that he was expressing hope for a full recovery for Rose.

While the mid-60s temperatures bordered on cool for Houstonians, the weather is always a factor in these early matches when snow-accustomed teams migrate south to begin the MLS season each spring. There is simply no way for teams from the north to be fully prepared for the Houston environment. In addition to the heat, Houston’s annual spring pollen has recently draped the city in a layer of yellow, and allergy-related ailments are tough to push through.

The match was chilly early on as the cloud cover kept the sun at bay. By the half, most fans had shed their extra layers as the sun came out and gave the day a warmer summer feel. The rising heat index led to increasingly chippy play, lots of late cards, and other uncalled fouls for both sides.

Cabrera’s lineup replaced one of his traditional three forward attackers with midfielder Memo Rodriguez, which I believe to be the key to the Dynamo’s continued offensive magic. Forward Alberth Elis scored his first goal of the season off a penalty and was instrumental with assists in the other two goals scored by Rodriguez. Memo’s brace held the Dynamo up to a 3-2 victory against the Whitecaps.

Their seven-point start to the 2019 season is the best on record for this team and could hearken the coming of a new dominance in the Western Conference for the Dynamo, which have often held an underdog status. After playing seven matches in under a month, the Dynamo and the fans are eager to recuperate through the break before meeting the Colorado Rapids in our first away match on March 30.