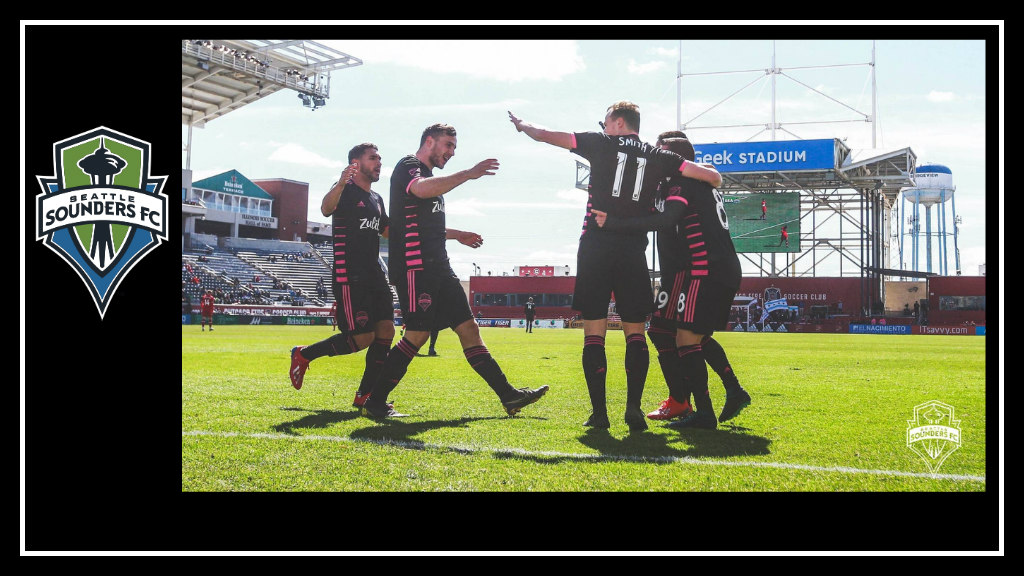 The Seattle Sounders rolled in to Chicago just as hot as they’d started at home. From the opening whistle, the Sounders were firing on all cylinders down both wings and through the middle with Nicolas Lodiero.

The first goal came in only the 8th minute when Victor Rodriguez found the back of the net from an insanely accurate cross from Jordan Morris. The 1-0 lead was doubled in the 15th minute when Morris chipped Chicago goalkeeper David Ousted with the outside of his right foot. The finish was just as highlight-reel-worthy as the ball in from Nicolas Lodiero.

The Sounders returned to the field in the second half with a clear offensive push that showed they were not content with only 2 goals. Rodriguez drew a penalty after a hard take-down and el capitan, Lodiero, placed the ball on the spot. While the initial kick seemed to have hit the woodwork, the shot hit the crossbar and bounced down crossing the goal line, giving Nico his first goal of the season and increasing the Sounders’ lead to 3-0.

Minutes later, Raheem Edwards, a first half substitute, pulled one back in the 56th minute. The two teams battled for the next 30 minutes and Fabian Herbers made things interesting in the 84th when he scored a second goal for Chicago making it 3-2 Seattle. Raul Ruidiaz came to Seattle’s rescue, however, and tallied his third of the season in the 88th minute to make the final score 4-2 in favor of Seattle.

There was so much speculation and excitement surrounding Jordan Morris’ return to soccer. After more than a year out with injury, there was still a good deal of skepticism even after his dominating performance in the home opener. For whatever doubters might still be lingering, his goal and play this game showed that the hometown kid is back and better than ever. Morris left Chicago to join Gregg Berhalter and the US Men’s National Team in Orlando where he’s hoping to spark a comeback in the stars and stripes as well.

The front four of the Sounders were at it again from the opening whistle until each (excluding Ruidiaz) were subbed off. The dynamic tandem on the left side with Brad Smith and Victor Rodriguez was an issue early on for Chicago, as it was for Cincinnati and Colorado previously in the season. Kelvin Leerdam had another open look at goal, Morris and Lodiero put on a show of skill and Ruidiaz scored a goal in his 8th consecutive MLS game.

Stefan Frei was called upon a few too many times this game, although he rose to the occasion for many of them. The Fire put up 25 shots and 12 on target and maintained 52% possession during the game. While the Sounders still secured a solid 3 points on the road, it wasn’t their cleanest victory.