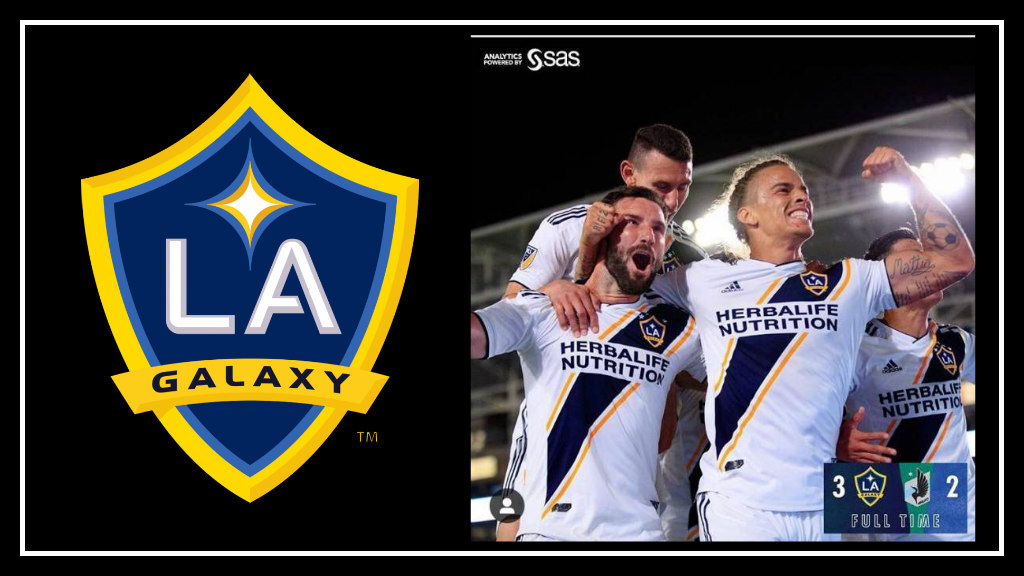 Head coach Guillermo Barros Schelotto used the same lineup in consecutive matches.  This team lost away to FC Dallas just the week before. But, the team that showed up on the field Saturday March 16 played in a stellar way that fans hadn’t seen in years.

The stars on the pitch were captain Jonathan dos Santos and Sebastian Lletget. It was a dream come true to watch spectacular passing at home.

Each week we’ll see the LA Galaxy grow more and more with the GBS system.

The midfield figured it out this game. Uriel Antuna was a stud. But, Minnesota actually scored their first goal on a shot that Bingham should’ve saved.

It should be noted that not only did the Galaxy play well, this Minnesota team is a team that has grown a lot and is a contender. That they had to travel could’ve been part of it, but the G’s really controlled the game. Some fun stats: Galaxy had 62% possession. Completed 497 passes with a 87% completion rate. Had 20 shots with 17 chances created.

And they pulled it off without Zlatan Ibrahimovic and Romain Alessandrini, which was a big concern. Joe Corona got comfortable in the week that had past. Many other injuries have kept key players out and have given other players like Julian Araujo his debut.

The Galaxy were relentless and capitalized on the pressure.

Osvaldo Alonso, who recently joined Minnesota from a long stint with the Seattle Sounders, took down Antuna in the box, gifting the Galaxy a penalty, which was taken by JDS to put the Galaxy up in the 36′ after VAR review.

Ema Boateng found a streaking Rolf Feltscher who crossed to Chris Pontius and made it 2-0 at the half. By then the offense was clicking.

Lletget, who has a broken nose, risked playing without a mask (he tried to play with it and took it off promptly) scored on an assist from Antuna.

LAG showed that the skills are there, but aren’t up to par. The final score was 3-2. The Loons scored a late goal on a Skjelvik giveaway. The original header went off the post and Feltscher just watched the ball. So, the defense is still a weakness.

Alessandrini trained outside and Zlatan reportedly trained indoors as of March 19th. I would infer it means they’re on the mend.

We’ll see how the Galaxy do in their next match when they host a struggling Portland Timbers at 6 p.m. PT on Sunday, March 31 at Dignity Health Sports Park.

The Galaxy depend on your support, Galaxy Fam.