New York Red Bulls and a Pocket Full of Kryptonite 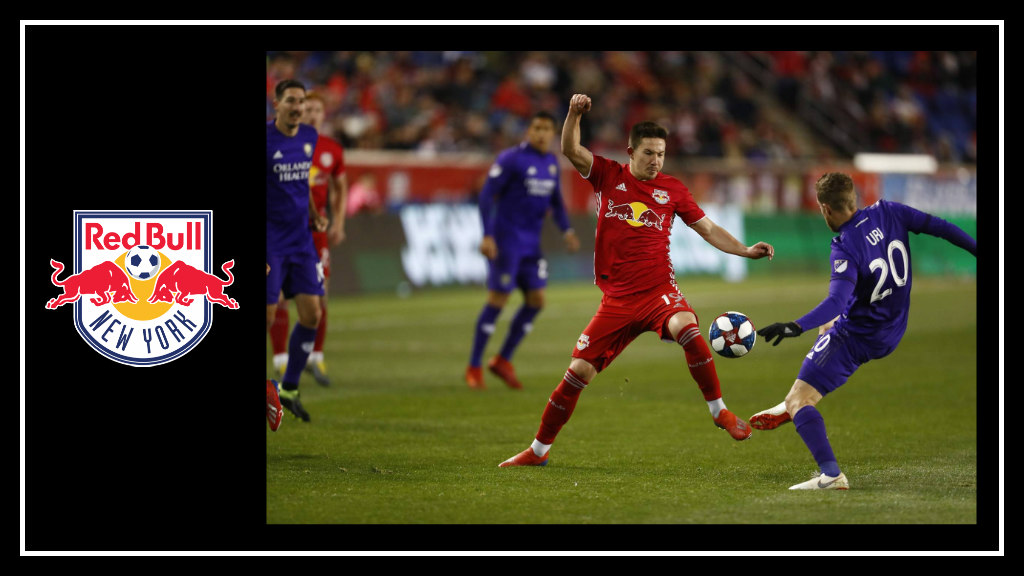 So there I was, at Red Bull Arena probably way too early for my own good. It was cold, as late March usually is. There was a promise of empanadas at some point in the evening, and a very confident New York Red Bulls team was going to face Orlando City, winless as they entered Harrison.

Well I don’t think I can handle this: If RBNY has a weakness, it’s desperate teams. The more cynical among the fans fretted over San Jose’s visit the week before. But the four-goal trouncing of the Quakes allayed those nerves. MLS being, well… MLS, the fear came right back with the Lions anyway. They braced themselves for Dom Dwyer and Portugal legend Nani to blitz a slightly depleted squad, thanks to the international duty absences.

Please put me in your plan: Manager Chris Armas brought out Amro Tarek at center back against his former team. Last year, Jesse Marsch did the same, slating Tommy Redding against Orlando. All things considered, things went better this time around. Alex Muyl, the Earthquake-crusher, was tapped to drop back when an apparent hamstring pull sent Connor Lade to the locker room for medical attention. Lade’s official substitution, Omir Fernandez, also had to be replaced when he averaged one foul suffered for every ten minutes he was on the field. Mathias JØrgenson put in a solid half hour on the pitch for RBNY. Still no hat trick*, but his star is on the rise.

*It occurs to me now that it might be unfair that I have inadvertently made that the benchmark. But here we are. I’m a high school teacher by trade: giving teenagers lofty standards is what I do.

It drives me up the wall and through the roof: Overall, there isn’t a whole lot to comment on with this match. Both teams stuck to their plans and the threats came and went at both ends. OCSC goalkeeper Brian Rowe was credited with three saves on the day. RBNY had seven corner kicks, as well as a couple of free kicks just outside the box. But it was a great big ball of nothing for over seventy minutes of play. Thank goodness for halftime empanadas.

I can’t believe my dilemma is real: Dwyer wasn’t the issue. And Nani? Let’s just say he was handled.

No, the only goal of the match came from former RBNY captain Sacha Kljestan. I still have a soft spot for my fellow Seton Hall Pirate and fellow person-whose-name-gets-misspelled- and-mispronounced-on-the-regular. So while it stinks that Kljestan finally made good on his promise to score on his former team, it’s really to his credit that he made something happen for either side. Besides, there are plenty of folks out there to be upset in my place.

RBNY returns to training this week, and then travels to face another former captain and another winless (and maybe a little desperate) team, the Chicago Fire. At least I can say the Red Bulls are one for one so far against teams named after historic disasters.

(The song is actually NOT called “Pocket Full of Kryptonite,” but the album is. And, to my knowledge, Jimmy Olsen never had a crush on Lois Lane. But this song still slaps.)