Columbus Crew: Let us invite you… 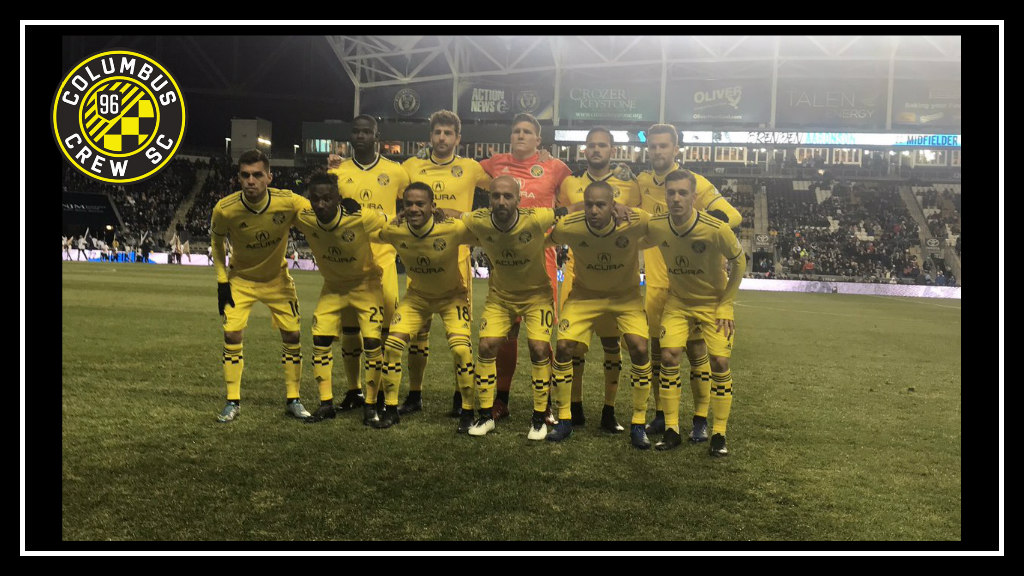 On Saturday night, the Columbus Crew took on the Philadelphia Union.  Both teams had players missing.  The Crew rolled out their similar formation.

Hector Jimenez was playing for left back in place of Waylon Francis.  Patrick Mullins was in at forward.  Ricardo Clark played in Wil Trapp’s spot, and Robinho played on the wing for Justin Meram.  Also, Joe Bendik was playing for the injured Zack Steffen in goal.

While I knew these were not typical starters for the team, I wasn’t too nervous going into the match as most of these guys are experienced MLS players.  Last season, outside of Robinho and Bendik who weren’t on the team, these guys played frequently in the weeks where we had multiple games in a short time frame.

The start of the game validated my lack of worry as the team seemed to come out on the attack.

However, that soon changed.  It seems the Crew sent an embossed invitation to David Accam to score goals.  Multiple goals.

In the 31’, David Accam snuck behind the defenders on a great run and banged it into the goal off the post after a give away from the Crew that the Union brought down the field.

Then, in the 41’, Gaston Sauro tried to stop Accam.  Then, Mensah and Afful tried unsuccessfully to stop Accam who slotted in a goal near post past Bendik.

Finally, in the 48’, David Accam took a break from scoring and decided to assist instead.  He knocked down a bouncing ball and got it to Ilsinho who hit it off the crossbar into the goal.

Philadelphia ended the game with a win 3-0.

I can’t really find anything positive to say about the Crew’s performance Saturday.  I am nervous about not having Zack Steffen, and this game turned the fear up many notches.  However, other than the second goal, which I think Bendik could have done more on, I feel most of the blame lays at the defense’s feet.

Is this because Bendik isn’t good about communicating to his line and Zack is?  Is this due to the fact that the defense just had a really bad game?  I’m not sure, but whatever it is, the Crew have until June to figure it out.

I’m concerned about the number of giveaways and bad passes I felt the Crew had.  This needs to be better.

Finally, you saw Caleb Porter sub in Luis Argudo, Eduardo Sosa, and Jerome Williams after Philadelphia’s third goal.  This could be due to wanting to keep some starters from getting hurt or seeing if a younger player would be hungrier to get a goal and make a difference on the pitch.  It was nice to see the young guys on the pitch despite them not making a splash in the score line.

The Crew return home this Saturday to play defending MLS Cup winners Atlanta United.  Hopefully, they can try to remedy some of the wrongs from this game to play a better game at home.