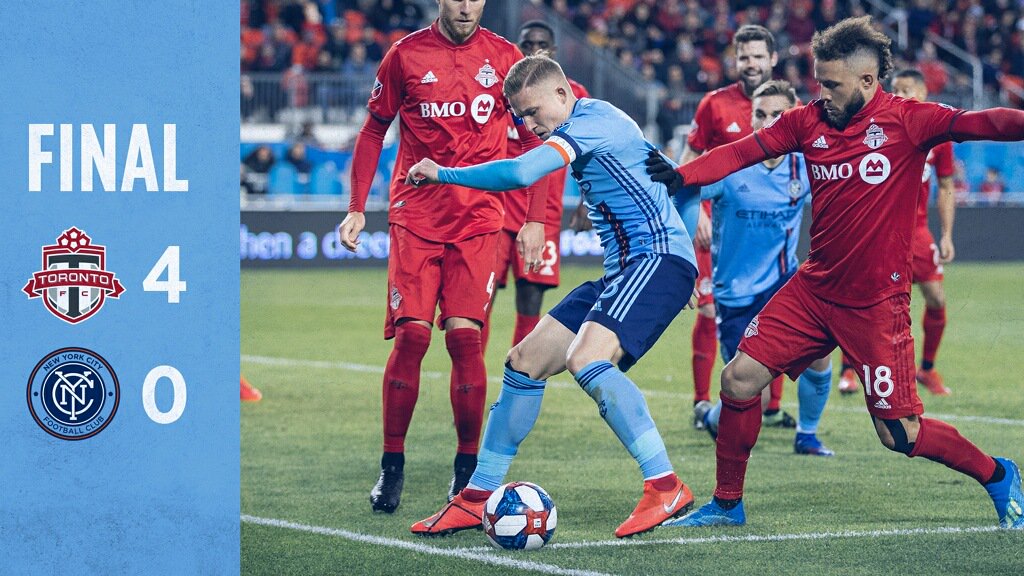 New York City Football Club faced Toronto Football Club on Friday night and it may have been the team’s worst showing in its history (that did not involve conceding seven goals to our largest rivals).

For most of the game, it appeared Toronto had 16 players on the pitch and that New York City left their technical abilities elsewhere. Absent of an injured Maxi Moralez, the team was a rudderless ship and spent the bulk of the game chasing Toronto.

The only positive to the game was the beautiful soccer played by Toronto.  At some point in the match, perhaps when it was 3-0 TFC, I subconsciously stopped paying attention to the atrocious soccer being played by New York and began admiring the seemingly immediate chemistry between Toronto’s new Designated Player Alejandro Pozuelo and his new team, particularly with Jozy Altidore.  It looked like they’d been playing together for years.  Less subconsciously I began feeling jealousy.  “Why can’t NYCFC get a DP like that?  Not fair!”

What does this mean for the team?

Many fans I spoke to during and after the game were so disheartened that they turned the game off.  One fan said, “There is nobody on this team to get excited about.”  Maybe new Brazilian striker Héber Araujo dos Santos, known solely as “Héber”, will bring the necessary spark to reignite this team?

Héber arrived in New York on Saturday and is anticipated to play in next week’s home game versus another team who just got shellacked:  Montreal Impact.  If NYCFC does not beat Montreal, I’m anticipating that the club will part ways with Head Coach Dome Torrent.

With no wins and no stadium, fans will be furious – and rightly so.  Perhaps the scheduling gods that didn’t grant us a single home game in May have blessed us with the perfect opponent this coming Saturday with struggling Montreal.

It will take something special to bring back some faith in this team. I think we are all looking for an impact player to step up versus the Impact and start turning this season around.