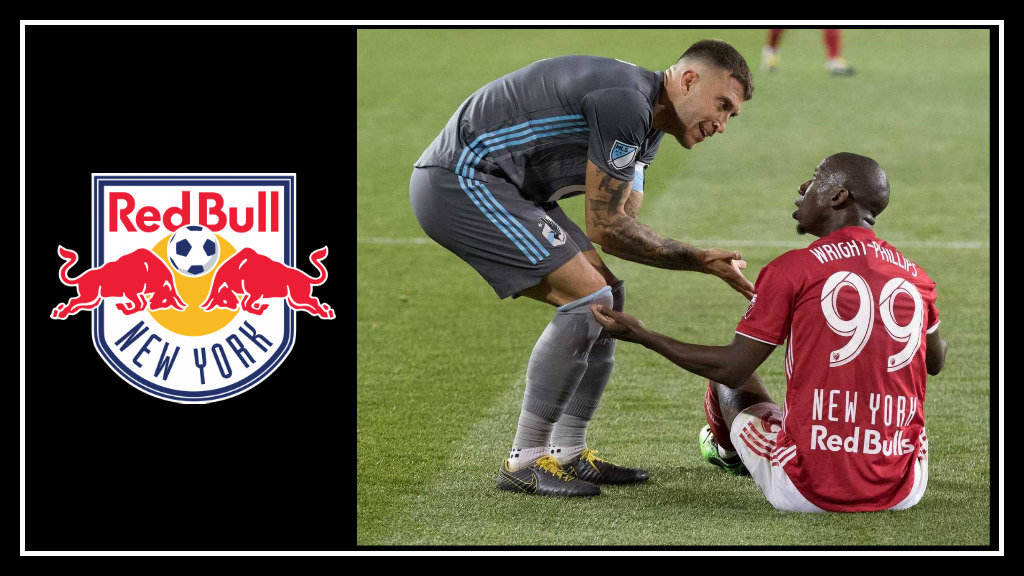 One loss against Orlando: Well… okay.

Another loss against Chicago: Um.. what?

A third loss in a row, against Minnesota: Yikes!

Don’t get me wrong, it’s not like I’m sitting here looking down my nose, saying, “Ugh– but it’s Minnesota!” I know things have been looking up for the Loons this season. No team can be in charge of another’s success. But RBNY has been so confident. And for what? To have four points out of a possible fifteen?

Overall, the Red Bulls had a lackluster performance. There were, of course, the flashes of brilliance: Luis Robles and his three saves. Tim Parker‘s full-body ball clearance. Mathias Jørgensen and his half-dozen or so runs on goal that hint at exactly why he’s in a Red Bulls kit.

Then there was Cristian Casseres Jr. His goal in the 70th minute was the phenomenal moment that fans are looking for each week. But ninety-plus minutes is a long time to watch a match and only see momentary flashes. There’s frustration at Red Bull Arena, even if maybe it can’t be found on the pitch.

He should’ve turned around and looked at the stands.

Of all the soccer clichés that get on my nerves… actually, “it’s only halftime” is the one that makes me want to thunder-punch someone the most. And “the calm before the storm” is obnoxious, but ubiquitous in sports (and we send along all infractions to Pablo Maurer). But after that, “defend our fortress” is rising in the power rankings for triteness. Because what happened when fans were told the team would defend the fortress?

Abu Danladi and Romario Ibarra: that’s what happened. Anyone watching on TV sees goal celebrations equally from either side: play stops, teammates hug, the players reset. But when a visiting team scores and you’re there to see it live, it’s almost surreal. The home team resets and the din of the crowd remains level. Very often, if not for the change on the scoreboard, I wouldn’t actually believe a goal occurred. The team can get back to fortress defending any time now. Immediately would be best.

Because, after all, NY is Red. It might be easier to cry over the sky falling, kiss the season goodbye, and find another sports venue for your entertainment. But sports fandom is not built for ease; rather, it’s a way to be show what you’re made of. So instead, let us demand the team dust off the past, forge ahead together, and bring it to Sporting KC in their Blue Hell of Children’s Mercy Park.