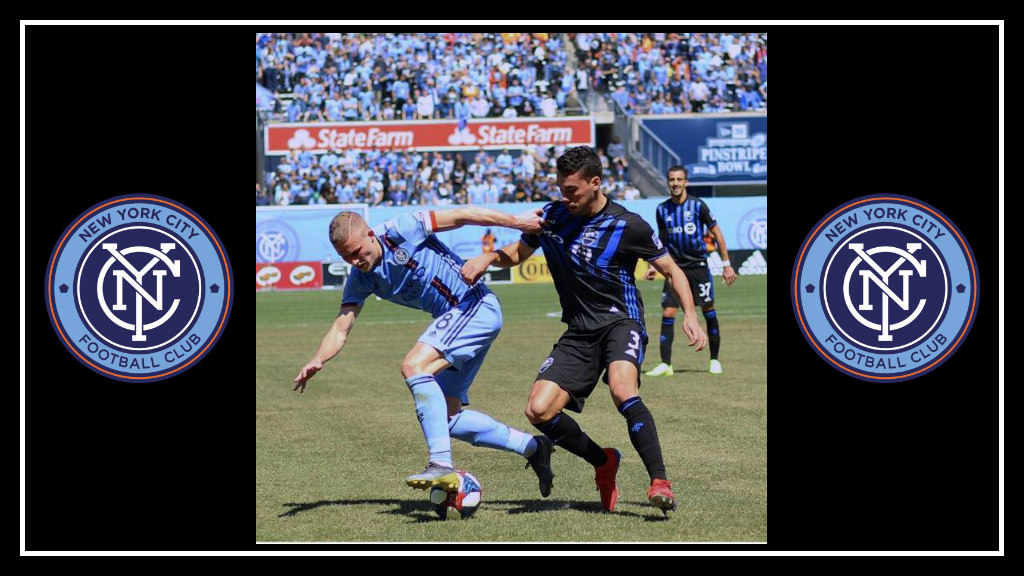 “A tough battle in the Bronx ends in a stalemate” is what I should write about this week’s NYCFC loss -strike that – TIE with Montreal Impact.  Yet this should not have been a tough game, particularly with the Impact missing the injured Ignacio Piatti.  This should have been a relatively easy home match for New York City.

From where I sat, the game can be summed up as: “Taty Castellanos was trying hard in front of the goal but getting few balls, while Héber isn’t yet fully fit but was basically invisible when he was subbed in.  City should have made something of the 20 minutes when they were up a man and, without Maxi Moralez, the team is a rudderless ship.”

It’s interesting how as New Yorkers, we expect the best:  in food, entertainment, lodging, museums, shopping. And yet, we seem to historically accept mediocrity from our local sports teams.  New York City Football Club is still winless in 2019 over 4 games with three of them at home.   The team is actually winless over the past 7 games if you go back to 2018 playoffs. The last win for New York was October 28, 2018, against the Philadelphia Union. Some fans are outspoken in their frustration and others are exhibiting signs of learned helplessness.

So for all of you sad, angry and exasperated NYCFC fans out there, here are some other historically awful winless streaks by New York metro area teams:

NYCFC next heads out to the brand-spanking-new Allianz stadium in St. Paul to face Minnesota United Football Club in their very first match in their new home.  Most fans have zero expectations except for a loss as the team just can’t seem to win on the road.  However, MNUFC was once also a team new to the league playing pretty terribly as recently as last year, also in someone else’s stadium and look at them now.  It’s early in the season, but Minnesota is currently in a playoff contention spot, has one of the league’s most attractive stadiums with interactive lights and a deeply devoted fan base.

If New York City FC could get one of these things, it would be a step in the right direction.